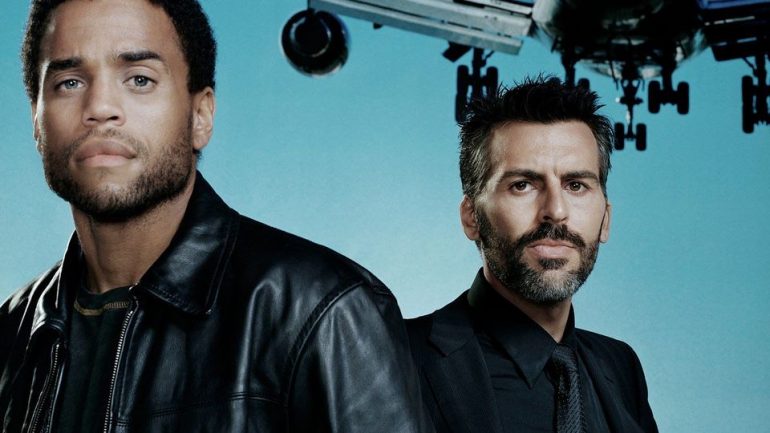 An easy to thrill yet often creative endeavor. Not for everyone, it’s still a gritty thrillride that makes me wish they made more shows of this kind nowadays.

Review: Season 1 covers the takedown of the terrorist crew while being rather plausible in both the modus operandi of the perps as well as the narc retaining his cover. Can the sports stadium car bomb containing anthrax nerve gas be stopped before it kills a potential 150,000 people? The smuggling in of the weapon supplies and funding from Tijuana, Mexico is one of the many gripping plot points as well.

The whole series remains natural both in its visual presentation and its overview- all without becoming clunky or overstaying its welcome. Compared to many Showtime shows, the violent and adult content doesn’t feel gratuitous either, just a mature show with occasional grit but still containing smarts.

Season 2 continues the impeccable suspense with our protagonist called to duty once more. I liked how the terrorists who survived the bloodbath from last season were either making a prison escape or laying low while continuing their murderous ways when possible. Darwyn’s journey got more interesting as he had either little support from his superiors or too much red tape due to the bureaucrats above him getting political.

I liked how it got a chance to not be a retread while also showcasing more creative cat-and-mouse scenarios. The whole thing I find to be the most compelling social commentary on terrorist invasions since the “sleeper” film Arlington Road and the suspense is relentless for those seeking a thinking man’s piece of escapism.