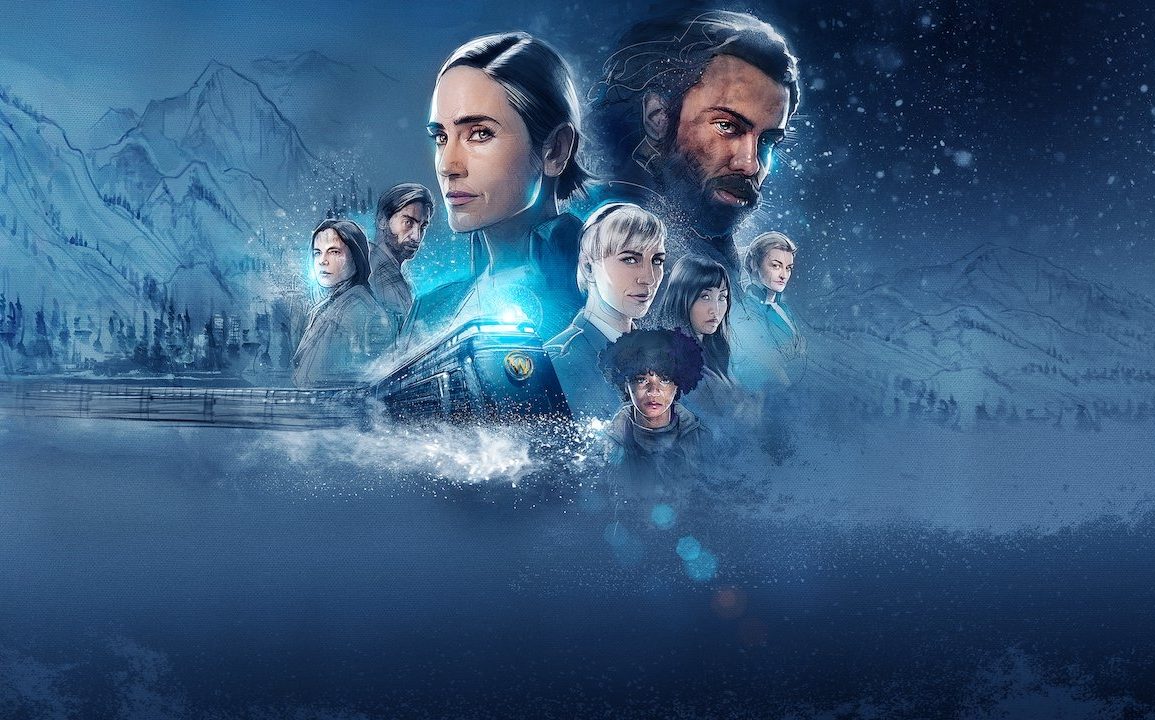 A reasonable time waster that’s definitely less flawed than the movie version and manages to maintain a consistently post-apocalyptic vision to accompany its reasonable thrills.

Plot: A reimagining of the hit film and book both of the same name, this TNT TV show is more than 7 years after the world has become a frozen wasteland. The remaining people, who inhabit a gigantic, perpetually-moving ark train that circles the globe lead by hospitality head Melanie Cavill (Jennifer Connelly, Labyrinth) and the last homicide detective on Earth, Andre Layton (Daveed Diggs, Black-ish).

Review: Developed by Josh Friedman (Terminator: Sarah Connor Chronicles, War of the Worlds) and pretty similar in style to other TNT epic shows like Falling Skies and The Last Ship, this show still retains a mature audience rating and gritty mood. Never sitting still for a single second and always crafting a grim sense of peril, the show overall benefits in that it’s comfortable doing its own thing and, in my opinion, it ends up being far more efficient than the film version. While the movie version was unfairly cut up by the Weinstein company and poorly marketed, it still suffered from spending too much time on the special effects as opposed to the characters and universe it was creating- something which this show gets right due to realizing that it can’t waste any time getting people involved in a multiple episode event. And while for an R-rated audience, the show never feels compelled to just be gratuitous or trashy, just set up another post-apocalyptic world where the stakes are as real as permitted for this concept and the pay-off merits reward instead of only inevitable battles with derivative tropes.

Instead of focusing on multi-characters, the show mainly let the ideas resonate, the visuals actually tell the story (and they look better than cheap TV CGI for a change too!), the set design remains admirable instead of only ambitious and the whole structure just lets the ideas gel. It manages to be fast-paced without too formulaic or rushing too fast before you have a chance to give a hoot.

The two main characters represent the two different forms of authority while having their minds set on the same goals: keep the train safe and figuring out what happens next. The other separate characters aren’t as note-worthy but that’s not a bad thing here as they’re here to introduce conflict or show the darker side of mankind’s survival when in dire need. Don’t hesitate to give a rent or a buy but definitely don’t expect any lukewarm, lazy entertainment. Don’t even expect an overblown, pretentious blockbuster that Christopher Nolan would’ve made on a bad day- only a well-collected piece of SciFi intrigue.