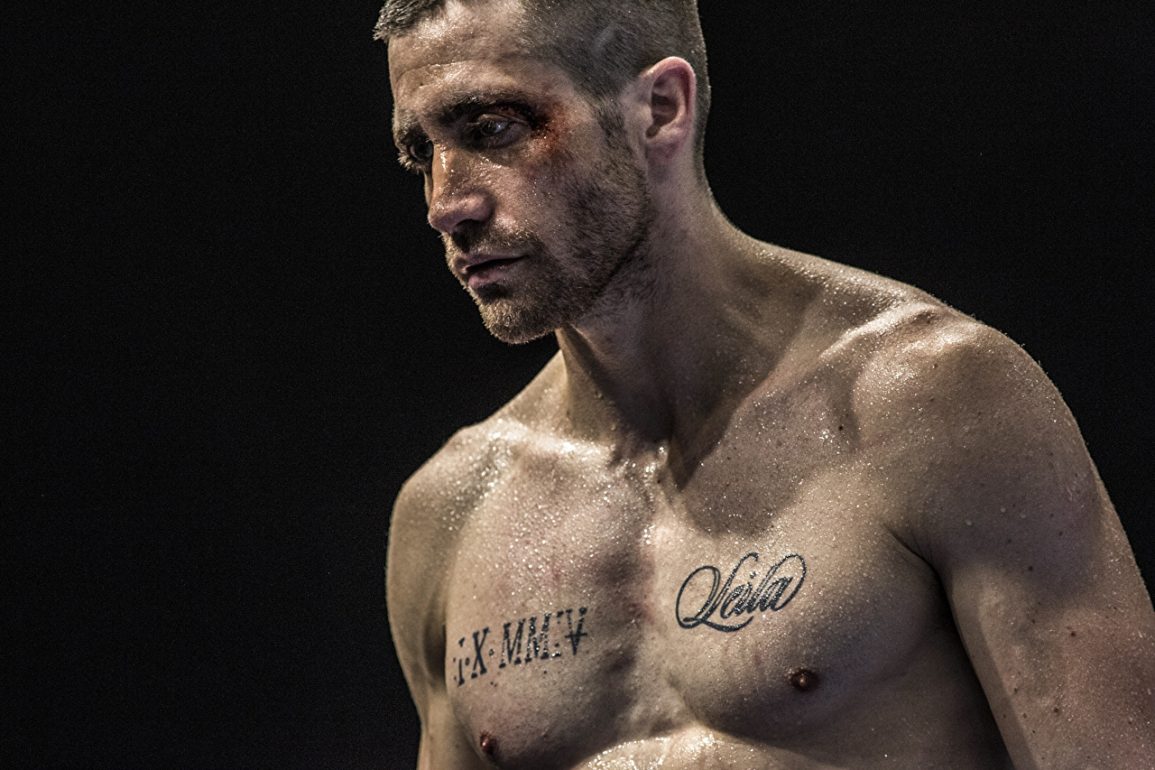 This is a powerful movie centered around strong performances and come Oscar time expect Gyllenhaal and Whitaker to be in the running for Best Actor and Best Supporting Actor respectively. Highly recommended.

Plot: Boxer Billy Hope turns to trainer Tick Willis to help him get his life back on track after losing his wife in a tragic accident and his daughter to child protection services.

Review: “Southpaw” is the latest in a long and chequered line of boxing movies. For every “Raging Bull” there’s a “Rocky 5”. For every emotionally-charged character piece there’s an over-blown melodrama wallowing in sentiment.The good news is that this movie falls firmly in the former camp.

There’s been a lot of advance press surrounding ‘Southpaw’ that concentrates on the physical transformation that Jake Gyllenhaal went through to play the part of Billy Hope. That’s only a part of his remarkable performance on display here. He adds subtlety and depth to a part that could easily be a by-the-numbers ‘grunt makes good’ redemption tale.

The pain and loss that he endures seems genuine and shows on his face as much as the cuts and bruises from each punishing bout. The physicality on display here is obviously very impressive and Gyllenhaal has gone to great lengths to totally inhabit this  career-defining role.

His is not the only impressive performance here: Rachel McAdams is likeable and believable as his loving and supportive wife; Forest Whitaker is dependable as ever as his initially-reticent coach Tick Wills; and 50 Cent (also a producer here) provides solid support as the unscrupulous promoter Jordan Mains without resorting to cartoon villain histrionics.

The boxing scenes themselves are strong, powerful and utterly believable. Filmed with a solid camera flow and without ‘show-boating’ shakiness, they add a ‘realness’ and authenticity that is sadly lacking in other boxing movies. There’s no over-the-top sound effects needed here to show the crushing punishment the fighters endure with each blow.

It’s hard not to watch any boxing movie without comparing it to what’s gone before and this movie certainly doesn’t shy away from Rocky-style plot devices but it handles them in a less sentimental way. The characters feel bound by their circumstances and although the story has a redemptive inevitability to it,you aren’t cheated by lazy melodrama or larger than life musical cues to over-play the action.

A word should be said here about the late James Horner’s score which is subtle and powerful without being overblown.

I should point out that I’m a huge fan of the Rocky movies and any comparisons I make here are largely because I feel that the whole direction and tone of the movie could be summarised as being ‘Anti-Rocky’-where Stallone’s indomitable hero would be underscored with a huge triumphant theme in his moment of glory, Antoine Fuqua’s hero is met with a relentless rhythmic dark pulse without any obvious ‘hero theme’ throughout.

Hope’s relationship with his daughter (Oona Lawrence) is central to the story and is played effectively by the two actors,again without feeling forced or unbelievable.

If there are criticisms to be made,it’s in small plot contractions such as the supporting characters rapidly deserting Hope when things turn South a bit too conveniently and the inclusion of Hoppy’s story also feels a bit tacked on-but these are niggles.

Overall, this is a powerful movie centered around strong performances and come Oscar time expect Gyllenhaal and Whitaker to be in the running for Best Actor and Best Supporting Actor respectively. Highly recommended.