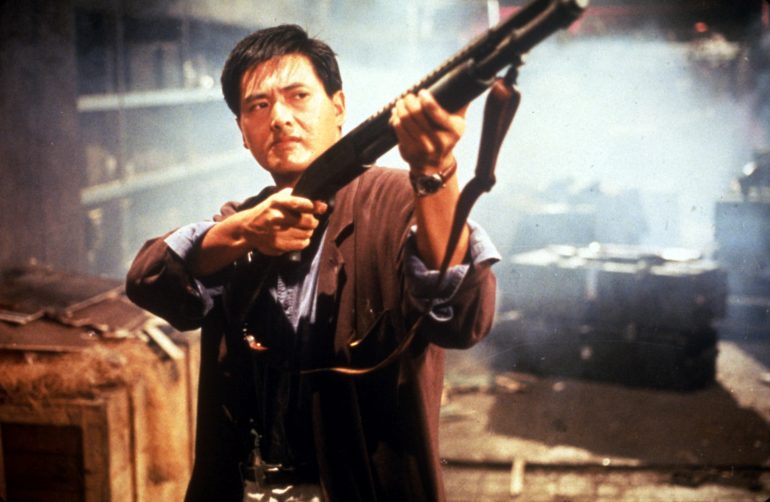 There are dozens of action stars from the Far East, namely Jackie Chan, Jet Li and Donnie Yen, but if you are looking for the epitome of coolness, with an Asia flair, then look no further than Hong Kong-born Chinese superstar Chow Yun-Fat. Considering that he is not active on social media and that he no longer appears in movies with any regular frequency, we have decided to look back at four of his most iconic starting roles.

The Replacement Killers, Antoine Fuqua’s directorial debut, was released in early 1998 and while it only grossed $19 million at the box office, cult status ensued. The movie came out at a time when VHS tapes were still in circulation, and if you are a collector, you can still buy a copy of this movie today from Amazon. Once it arrived on DVD, it gave the movie an expanded shelf life and made Chow Yun-Fat a hot commodity. The closing scene between the protagonist and Mira Sorvino, is still one of the best vanishing character scenes until this day. He puts on his glasses, looks at Meg and in the blink of an eye he disappears. You can also stream it on Amazon Prime Video.

Ang Lee’s 2000 epic martial arts drama Crouching Tiger, Hidden Dragon holds the distinction of being the highest-grossing foreign-language film in the history of the US box office. It grossed a colossal $128 million and happens to be the only movie to cross the $100 million barrier. To put it in perspective, the second highest movie in this category is Life is Beautiful with just $58 million. The critical and commercial success of the movie catapulted Chow Yun-Fat, and to a lesser extend his co-star Michelle Yeoh, to bona fide Hollywood action royalty.

There are a handful of majestically executed fight scenes in the movie, but the most iconic one must be the sword fight atop a bamboo grove between Chow Yun-Fat’s character Mu Bai and Zhang Ziyi’s character Jen. According to Ang Lee, it took two weeks to film that scene.

Hollywood Knocking on His Door

Following the success of Crouching Tiger, Hidden Dragon, Hollywood came knocking on his door. Critically panned Bulletproof Monk (2003), Curse of the Golden Flower (2006), Pirates of the Caribbean: At World’s End (2007) and Dragonball Evolution (2009) were some of the hits and misses at the box office during the aughts. It gave him the chance to work with the likes of Gore Verbinski and James Wong, act with established actors such as Johnny Depp, Orlando Bloom and Keira Knightley, and a younger generation of actors, including Emmy Rossum and Sean William Scott.

From Vegas to Macau Trilogy

From Vegas to Macau is a trilogy that was released in the span of 3 years, 2014 – 2016. All three movies were directed by Wong Jing while Chow Yun Fat had dual roles in each of them. The action-comedy trifecta is reminiscent to the God of Gamblers trilogy, which was directed by Wong and starred Chow Yun Fat. One of the main issues this time around, is that the casino sites and gambling activities acted as a mere backdrop rather than the core of the story. The movies performed great at the Chinese box office, but unfortunately, they failed to find an audience outside their target market.

While not yet retired, even though it feels like it, Chow Yun-Fat has become increasingly selective when it comes to his choice of movie projects. So, if you want to enjoy his back catalogue make sure you stream them, you will not be disappointed.