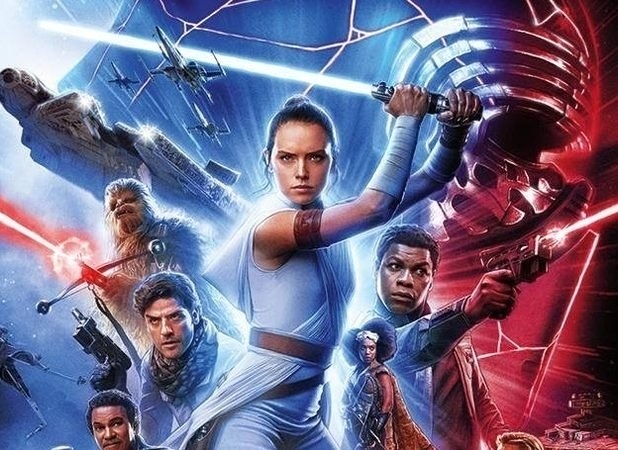 The Rise of Skywalker delivers on the action front with no shortage of impressive set-pieces and mind boggling visuals but you can’t help but feel like too much is crammed into the runtime so it may require several viewings to properly appreciate it.

Plot: The surviving Resistance faces the First Order once more as Rey, Finn and Poe Dameron’s journey continues. With the power and knowledge of generations behind them, the final battle commences.

Review: So here we are at the end of “The Skywalker” saga, and thank God for it. Let me start off by saying I thoroughly loved the first installment and, I appreciated “The Last Jedi” for what it was. However, as I sat there staring into the abyss that was the final credits of the most anticipated conclusion in recent cinematic history, I was struggling to understand what I had just watched.

Let’s start with the good. The scoring was fantastic as per usual, and the visuals were quite magnificent. There is no shortage of combat in the air and on the ground, with a few proper lightsaber tussles (and rightfully so). There are also several quick cameos that will hit home with real Star Wars fans (one in particular, though less than a second long, went a long way for this fanboy). There is a significant lack of nostalgia which I personally think is a must, especially at this juncture in the franchise as we had enough of that with The Force Awakens.

And on we go with the bad. I’ve said with many other underwhelming finales, I am very sympathetic to the fact that creators must essentially wrap up nearly 5 decades of storytelling in just a couple of hours. We just pay respect where it is due… and in the case of “The Rise of Skywalker”, it is those who are in charge of the trailers. As they had teased the long awaited return of the Emperor, fans have been both excited yet dumbfounded as to how the universes’ most notorious menace has found his way back to relevance however, the means by which this is done lacks any sort of intrigue. There are many… many… questions to be answered which will frustrate numerous fans.

The acting continues to be on par with the last two films, as the trio of Rey, Poe and Finn develop their on screen chemistry that is actually quite entertaining and fulfilling. They each have their own quirks that make for a couple of good laughs. The same can be said for Chewie and everyone’s favourite pair of droids.

We are also introduced to a couple of new characters that serve their purpose, but ultimately have no real relevance at this point in the story. With the reintroduction of Lando, fans can be sure to look forward to the spunk and swagger you’d expect.

With the reveal as to who exactly Rey is, and the continued relationship between her and Kylo Ren, one will be forced to put everything they thought would happen or wanted to happen aside. The concluding scene seems like something far more science fiction than anything Star Wars (if that makes sense?), and left me wishing they had gone in a completely different direction. Having said that, I revert back to the fact that they had so much to tie up in such little time.

Finally the film revisits the past that Star Wars fans young and old have come to love, which provides great scenery to pull down the final curtain.

All in all I believe that this conclusion falls very short of the expectations of the masses, yet is still a must watch to obtain whatever “closure” you think it will provide. With the appearance of some old friends, super fans may walk away with less disappointment than they would have without. And hey, at the end of the day, we’ve still got The Mandalorian to keep our minds focused on what Star Wars has for us in the future!