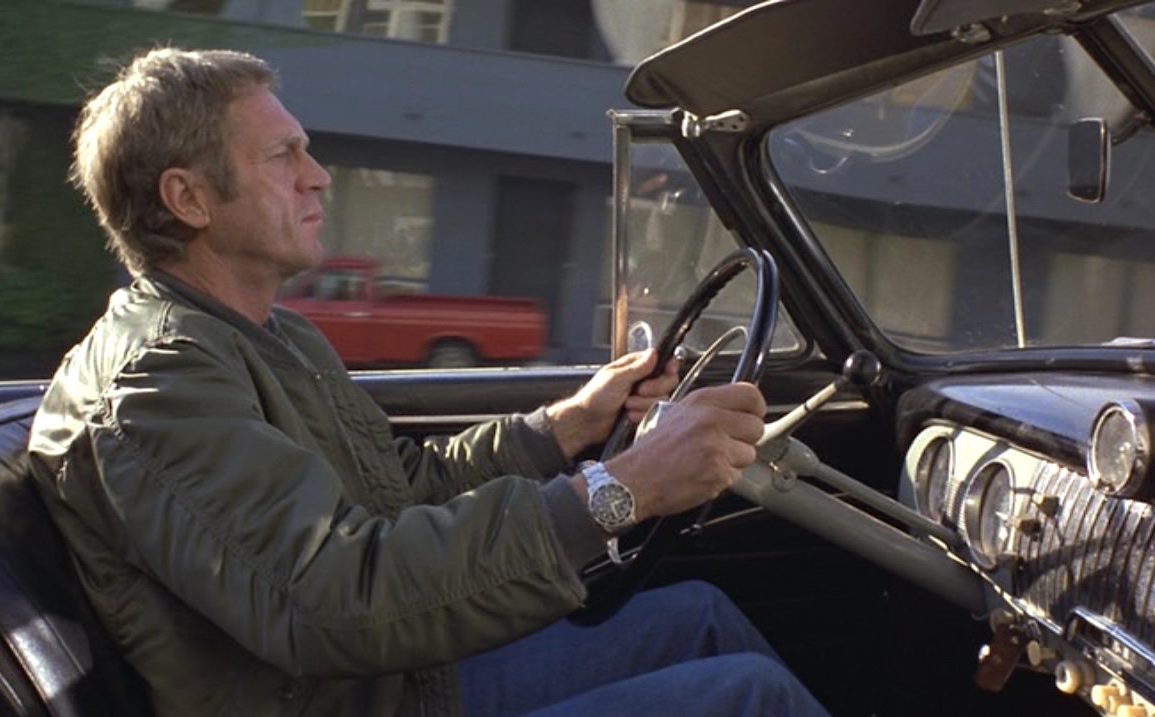 After the ho-hum reception of Tom Horn, Steve McQueen signed up for what would be his final onscreen performance as bounty hunter Ralph “Papa” Thorson in The Hunter. Based on Thorson’s true life exploits, directed by Buzz Kulik (Brian’s Song) and written by Ted Leighton and Peter Hyams (director of Timecop!), The Hunter is an eccentric action movie with hints of drama and surprising horror. Perhaps a coincidental throwback to McQueen’s breakout role as straight laced bounty hunter Josh Randall on TV’s Dead of Alive, he plays another man out of time performing a profession not overly known or respected by the public. Papa’s quirky life is laid out as we meet his pregnant, school teacher lady partner along with young Levar Burton who is always tinkering with electronics, usually for the worse. He has a house full of relic memorabilia and random friends always in the middle of a poker game in the dining room.

As Papa, McQueen goes against type a bit as he gets around in a classic car but doesn’t actually drive that well. McQueen was an accomplished driver/racer and cemented on film via The Great Escape and Bullitt motorcycle and car chases. He also can’t fight very well but gets the job done after being thrown around and shot at a bit. Papa manages his pregnant gal, mysterious threatening phone calls and tracking bounties who are generally unwilling to come in quietly. 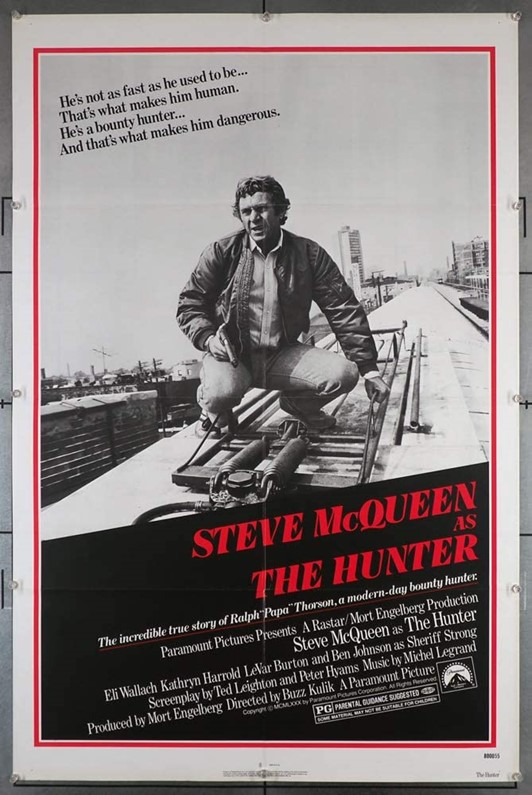 The film goes from light comedic moments like Papa parallel parking poorly to real action – a car drives off a 15th story parking garage into the Chicago River or the foot chase that ends with Papa hanging off the side of a speeding L train – all for real, no CGI here. To hardcore when Papa tells his lady that the world is shit and she should abort the baby. Nearing 50 with 20 years of stardom behind him, McQueen still has it and switches from yokel to cinema badass with a simple look and controlled body language. Tales from the set include McQueen refusing to stay at a posh downtown Chicago hotel and bunking in an old Holiday Inn with the crew instead to adopting an at risk youth and enrolling her in private school to donating to local kids and church.

Released on August 1st, 1980 – The Hunter would gross $16 million off an $8 million budget, again not reigniting his Hollywood star or winning over critics yet keeping him in demand. McQueen had already been diagnosed with pleural mesothelioma at the end of 1979, making publicity for The Hunter difficult and died in November of 1980 at age 50. Stay cool, king.