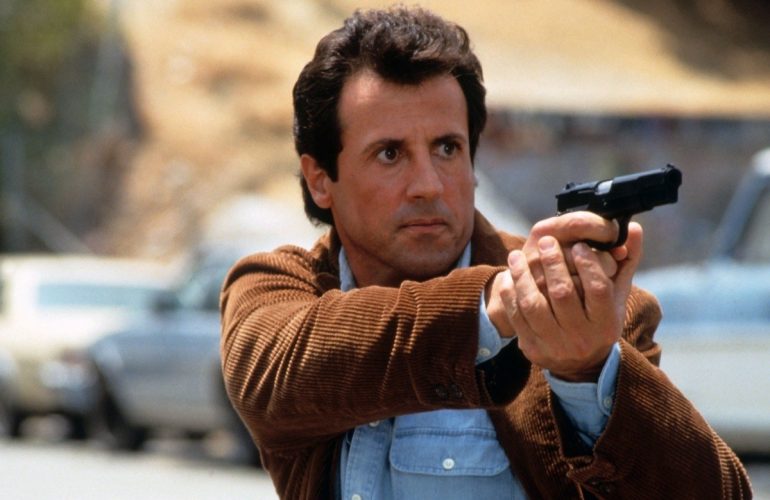 Stop! Or My Mom Will Shoot! isn’t a great movie by any means but it is harmless enough; this new Blu-ray has no special features but Stallone completists may still want to add it to their collection.

Plot: When top L.A. detective Joe Bomowski (Sylvester Stallone) gets a rare visit from his feisty mom, Tutti (Estelle Getty), his life is turned upside-down. In no time, she is rearranging Joe’s bachelor pad and meddling in his affairs, much to his embarrassment and the delight of his girlfriend, Gwen (JoBeth Williams). To add to Joe’s problems, Tutti witnesses a murder and becomes the unlikely partner when she refuses to divulge information unless she’s allowed in on the investigation. Just when Joe is ready to kill himself, Tutti helps bring down the bad guys, proving Mother-knows-best.

Review: A buddy cop movie featuring a badass cop and his elderly mother can only have one title, and one title only for all eternity, and Stop! Or My Mom Will Shoot! is it. L.A. detective Joe Bomowski (Sylvester Stallone post Oscar and pre Cliffhanger) receives an unwelcome surprise when his pint-sized mom (Estelle Getty from The Golden Girls) comes to town to live with him for a few weeks. She shows off his naked baby pictures, walks in on him showering, and embarrasses him every second of every day until she turns out to be a witness to a murder. She aides him in finding the gun running scum who are responsible for some serious crime in LA., and she surprises him when she turns out to be a credible witness… and a good partner!

This was the movie that almost ruined Stallone’s career, and it set him back decades in terms of it being a punchline and a blemish on his record. It was produced by Ivan Reitman, who had found much success with making Arnold Schwarzenegger into a comedic action star, but after the flop that was Oscar the previous year, Stallone all but abandoned comedy until many years later when he did Grudge Match with Robert DeNiro. As far as entertainment value goes, Stop! is as lightweight as cop comedies go, and Stallone’s enthusiasm wanes from the get-go. There’s a lot of Getty’s shtick to fill two much longer movies, and at less than 90 minutes, Stop! runs out of gas long before it’s over. An action finale doesn’t really help. Roger Spottiswoode directed. He worked with Schwarzenegger on The 6th Day.

Previously released on DVD from Universal, Stop! finally gets the Blu-ray treatment from Mill Creek, who basically just ports over the old transfer onto high definition (like they did with The Cowboy Way recently), which is merely adequate. It’s nice to be able to add this one to the Stallone on Blu-ray collection, but the transfer simply isn’t much to write home about. They’ve issued this title in their kitchy VHS-style slipcover packaging, but there are no special features included. Not that there needed to be any, but still. 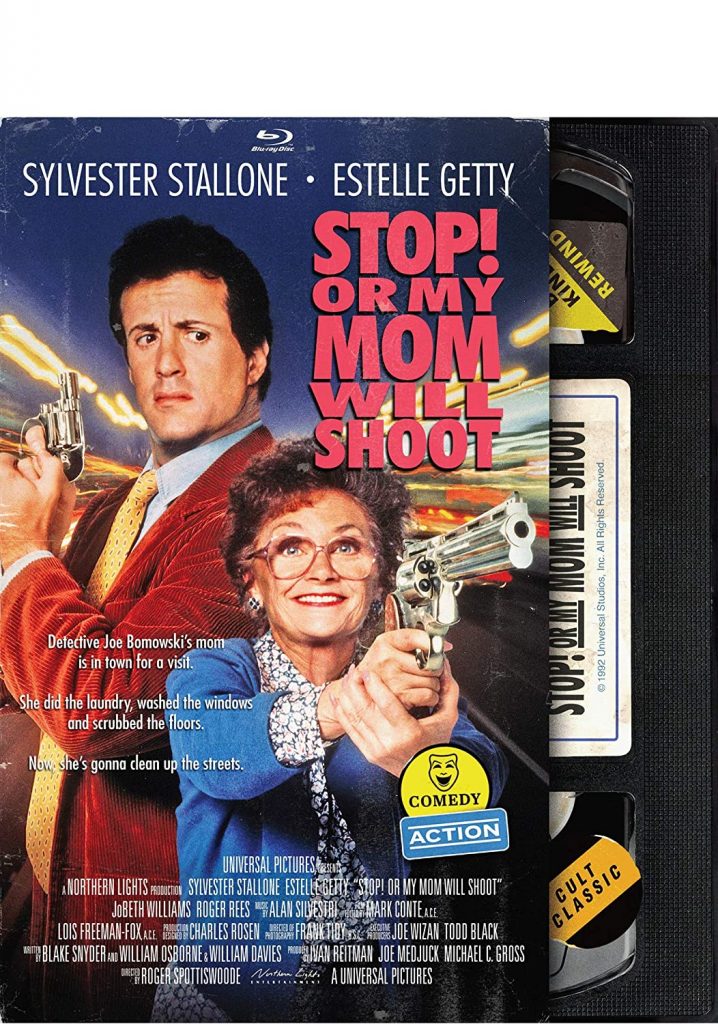