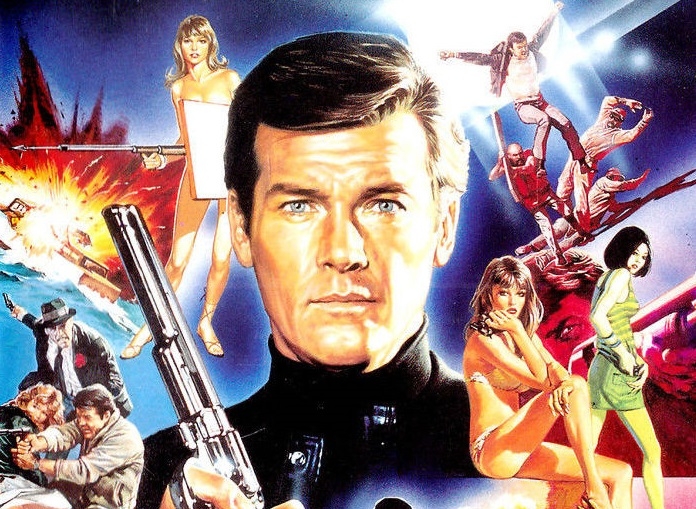 Street People moves well and interest is maintained throughout, but the best moments are between Moore and Keach who made a great team.

Plot: A Mafia boss is enraged when he is suspected of smuggling a heroin shipment into San Francisco. He dispatches his nephew, a hotshot Anglo-Sicilian lawyer, to identify the real culprit. The lawyer also enlists the aid of his best friend, a grand prix driver with an adventurous streak.

Review: Mob attorney Ulisse (Roger Moore between The Man With the Golden Gun and The Spy Who Loved Me) takes it upon himself to investigate his uncle’s business when a shipment of dope is delivered to San Francisco in a huge wooden cross, leaving three dock workers murdered. The crime syndicate in San Francisco that stretches to Italy decides to eliminate whoever it was that is behind the unauthorized drug delivery, and the leading suspect is Ulisse’s uncle, who is already on the outs with the mob. Ulisse calls upon an old friend in racecar driver Charlie (Stacy Keach) to help drive him around and do some backup work for him as he gets deeper and deeper in a world of crime and murder where assassins, drug dealers, and priests all seem to intermingle. As the bodies pile up and the suspects are narrowed down, Ulisse and Charlie get themselves closer to the razor’s edge of death as they get involved in shootouts, car chases, and all sorts of peril before Ulisse finally figures out some hard truths about his past and who his uncle really is.

A fun buddy / buddy action thriller with some fun moments for Moore and Keach who are nicely paired with each other, Street People has long languished on the outskirts of Moore’s filmography, but thanks to Kino Lorber’s new Blu-ray, the film reminds us that Moore had plenty of other films beyond Bond to enjoy. The film has a noticeably “R” rated violent Italian flare to it, as it was made by an Italian company and was directed by Maurice Lucidi, and had a score by Luis Bacalov. The movie moves well and interest is maintained throughout, but the best moments are between Moore and Keach who made a great team.

Kino’s new 2K transfer of Street People looks nice, and comes with a newly filmed interview with Keach, who reminisces about the making of the movie, plus a radio spot, and the trailer. 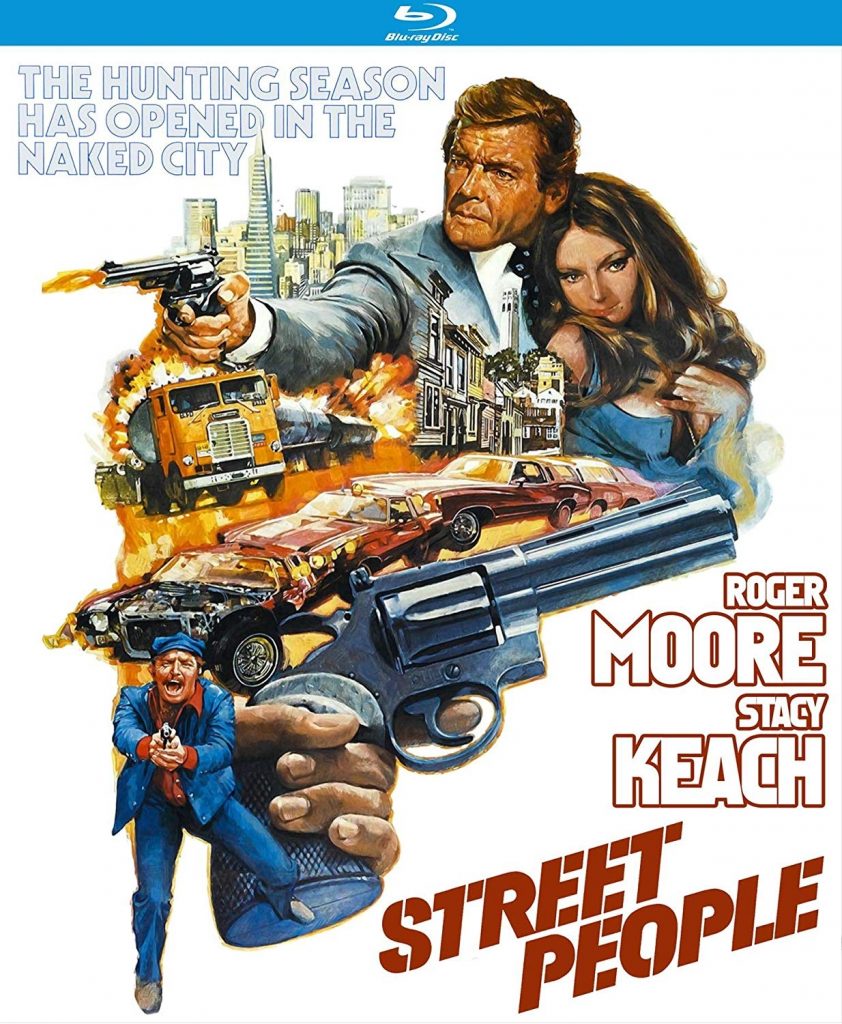