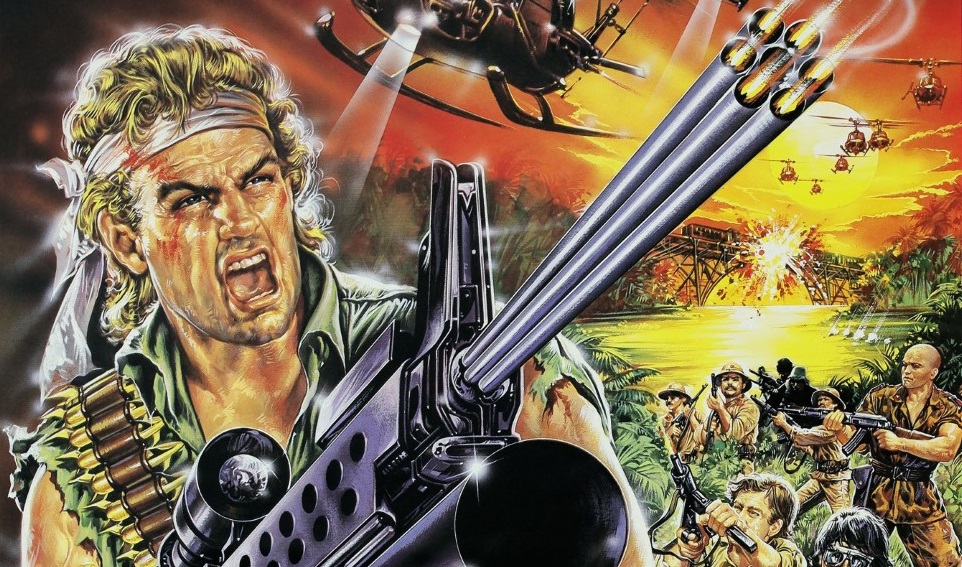 Strike Commando is a hugely entertaining Rambo knock off and it’s never looked better than this new Blu-ray. if you enjoy this movie as much as I do then then pick it up ASAP.

Plot: Two years before the deranged genius of ROBOWAR and SHOCKING DARK, writer/director Bruno Mattei and co-writers Claudio Fragasso & Rossella Drudi borrowed from RAMBO: FIRST BLOOD PART II, MISSING IN ACTION and more to create their own mind-blowing ‘Namsploitation masterpiece: Reb Brown (UNCOMMON VALOR) stars as Sgt. Mike Ransom, a one-man war machine on a screaming-for-vengeance mission against brutal Vietcong, merciless Russians, double-crossing U.S. officers and acres of bullet-blasted Philippines jungle. Christopher Connelly (RAIDERS OF ATLANTIS), Luciano Pigozzi (ALL THE COLORS OF THE DARK) and Jim Gaines (ISLAND OF THE LIVING DEAD) co-star in this exploding bamboo gun-tower of “Mattei magic at its finest” (Good Efficient Butchery), now mastered in 2K from the original negative for the first time.

“Where your air force has failed, my strike commandos won’t! They’ll see you through!”

Review: The amount of influence Rambo: First Blood Part II had on this Italian effort is immediately obvious. Reb Brown (Mercenary Fighters) stars as Michael Ransom, the strike commando. His superior, played by Christopher Connelly, is the back-stabbing bureaucrat who leaves him behind enemy lines during a mission to take out a Viet Cong base. Ransom is captured, tortured, and beaten down by a big, buff Russian who kills his cellmate and leaves the body in the cell with him for months. Ransom begins deteriorating until a female Russian takes pity on him. Ransom escapes, fights the Russian and knocks out his teeth, and goes to the American base and shoots the place up in anger. Later, he tracks his superior down in central Asia and gets his revenge.

Fans of Vietnam action films might get a kick out of the outrageousness of this exploitation entry. The violence is more extreme and outlandish than in the first three Rambo pictures, and the score is a typically cool synth job. Reb Brown made a lot of Vietnam action-type films. He was also in RoboWar, a rip-off of Predator, which was directed by Bruno Mattei, who directed this film. Certain scenes and whole sections of this were directly ripped off from Rambo II, but nowhere in any other movie in history does the hero blow up the bad guy with a grenade and from the explosion manages to catch the dude’s silver dentures and crack wise about it. It’s just … so very, very wonderful.

Severin’s very welcome Blu-ray edition of Strike Commando contains two versions of the film: The theatrical cut, which runs 92 minutes, and the extended cut, which runs 102 minutes. Either version is stupendous. The transfer is crisp, though some audio sections seem muddled. Special features include two separate interviews with the writers, a production demo, and the trailer. Strike Commando 2, also just released from Severin, will be reviewed forthwith. 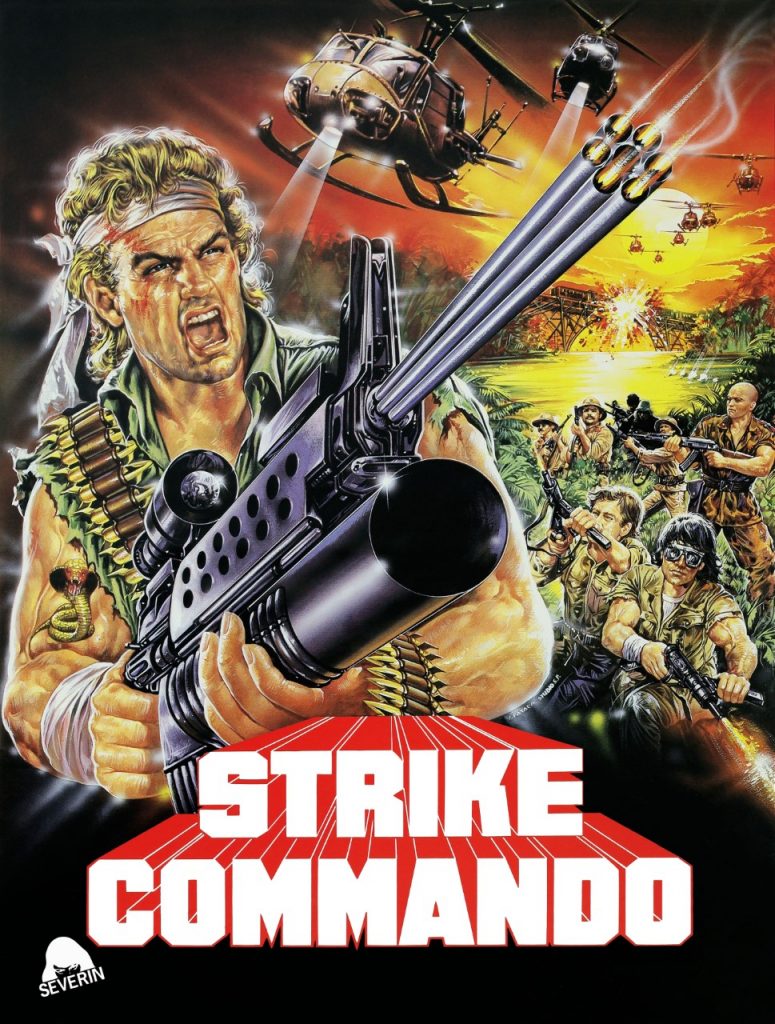