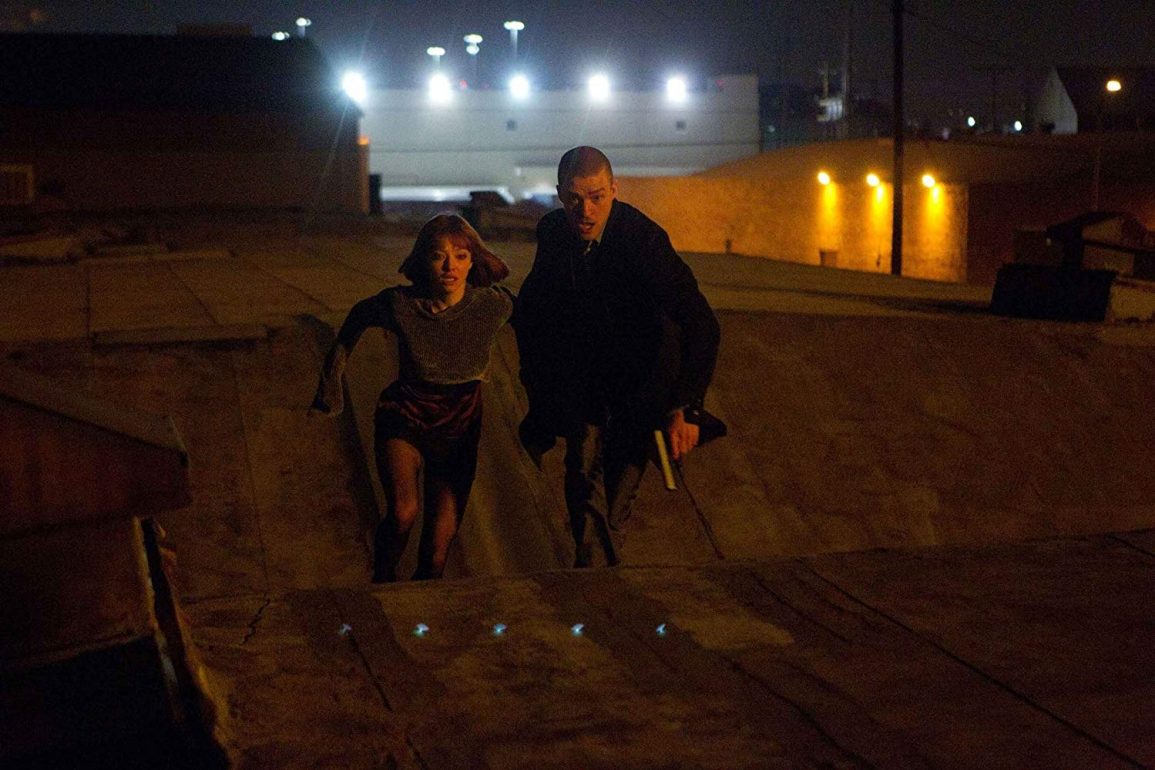 Plot: In a future where time is money and the wealthy can live forever, Will Salas (Justin Timberlake) is a poor man who rarely has more than a day’s worth of life on his time clock. When he saves Henry Hamilton (Matt Bomer) from time thieves, Will receives the gift of a century. However, such a large transaction attracts the attention of the authorities, and when Will is falsely accused of murder, he must go on the run, taking the daughter (Amanda Seyfried) of an incredibly wealthy man with him.

Sitting at 31% on Rotten Tomatoes In Time was generally not received well when it first came out but Andrew Niccol is a director I’ve always appreciated, especially with his films Gattaca and Simone. It was In Time that first introduced me to him, and despite the mixed reception its remains my favorite movie of his to this day, so I figured I’d look back at it as I’ve always enjoyed it.

The cast is impressive all around with Justin Timberlake suitably likeable as Will Salas who is a sympathetic character that you end up rooting for. Amanda Seyfried gives one of her best performances too (she actually surprised me as I wasn’t a huge fan of hers, before this film) but you can never go wrong with Cillian Murphy as a villain as well. The rest of the supporting cast includes Matt Bomer, Alex Pettyfer, Johnny Galecki, Olivia Wilde and  Mad Men’s Vincent Kartheiser who excels in his villainous role.

The story is very intriguing and is well written with some interesting ideas. The action (while there’s not a lot), is handled well and mostly consists of foot chases or even a car chase, but they are all well done, and are very effective.

The movie looks great visually, but that’s to be expected when you have Roger Deakins as your cinematographer.

My only issue is I wish is the pacing being a little slow in the middle, but that’s about it.

Overall, In Time is a hugely entertaining action thriller that has a good cast, is well directed and written by Andrew Niccol, looks great visually, and has an engaging story. I’ve always considered it underrated so Sue Me! I like In Time and if you don’t then I guess I’ll see your ass in court.