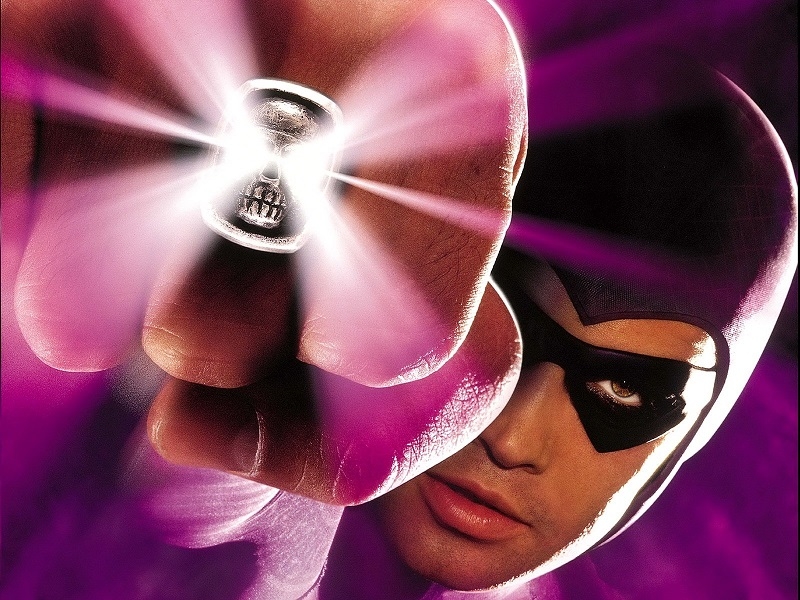 Plot: Kit Walker is the latest in a line of heroes known as The Phantom, whose powers are drawn from three ancient skulls, but now the Phantom’s enemies, the Pirates of the Sengh Brotherhood, have a new ally, the ruthless Xander Drax.

This is one of the few comic book films from the 90’s that doesn’t get talked about, but should be.

The Phantom is a very fun and underrated one that sadly went under the radar when it came out, though it does have a cult following.

Billy Zane was the perfect choice for this role; this showed that he could carry a movie, he’s very charismatic, sells the action well, and is very likeable.

The supporting cast all do a solid job, particularly Treat Williams who is a great villain that is over the top, but not in a bad way (at least to me.)

The action is pretty decent although there isn’t anything spectacular, but there’s some good moments, mostly at the end.

I actually forgot that Cari Hiroyuki Tagawa was in this which was a nice surprise and he has a pretty decent fight with Billy Zane.

The score by David Newman is very underrated and memorable too.

Overall, I do like this one, the cast is solid, the score is great, the direction is good, and is has some pretty decent action. So Sue Me! I like The Phantom and if you don’t then I guess I’ll see your ass in court.