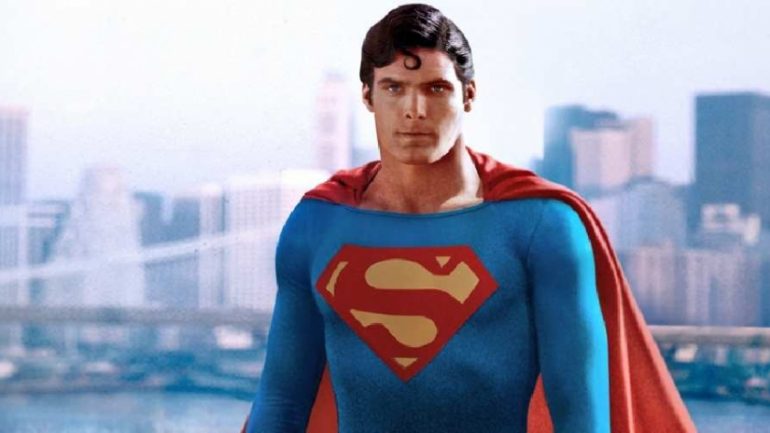 Superman still has an amazing cast, even more amazing score and an overall epic feel. There are some wild swings in tone and pace with a baffling plot device at the end but it is still a classic superhero movie.

Review: An alien orphan is sent from his dying planet to Earth, where he grows up to become his adoptive home’s first and greatest superhero.

I see how challenging it must have been to work all of Superman’s mythos into something that didn’t resemble the Adam West Batman TV series, which pretty much defined comic book drama for the masses for decades. And yet, watching this movie about 35 years after its release, it still succeeds in breaking down the viewer’s cynicism and conveying a sense of wonder and grandeur. The great cultures of the world have their myths. This movie was intended to show that Superman was America’s myth.

Contributing to the wonderful epic feeling are two key things: the John Williams score and the performances. I’ll get to John Williams in a bit. The acting in this movie is colored by every actor’s commitment to the material. They all seem to embrace their roles seriously, grounding them in human emotion which transcends whatever hurdles of believability their might be to connect to the viewer . Glenn Ford and Marlon Brando are both wonderfully warm and authoritative as adoptive and biological fathers respectively to Clark Kent, Gene Hackman is charming and cold as Lex Luthor. Though the real star would have to be Christopher Reeve as Clark Kent/Superman. His take on Clark might be seen today as cheesy as an over-the-top country bumpkin in the big city, but I’m always impressed by how he was able to visually create two distinct characters out of Clark and Superman. Clark is hunched over, and his speaking style and physical mannerisms and ticks are actually different than those of Superman’s. Growing up watching these movies, I never laughed at the idea that nobody knew Superman was really Clark without glasses. Watching Reeve’s performance as a kid, I was utterly convinced that it could work.

John Williams’ score comes from a bygone era (partially kicked-off by Williams himself) where melody and tune were the order of the day. Many movies from the period boast memorable themes, but Superman: The Movie’s might be the best, conveying power and energetic, boisterous adventure in the chorus while maintaining a steady, rolling rhythm in the bridges. The accompanying score lends a lot to the images, making everything look truly epic, from the Krypton council handing down its verdict, to Clark and Ma Kent looking out onto the fields of Smallville, to the Fortress of Solitude erupting out of the ground, to Lois’ night flight with Superman and throughout the film. Listening to the score on its own, I’m always amazed at how much of the story is conveyed through the music. The score that accompanies Kal-El’s ship flying to earth uses flutes to actually sound like something hurtling through space.

If there are issues with Superman: The Movie, one would be the wildly uneven tone of the film even though each tone is still entertaining. The Krypton sequence is operatic and grand with the large-scale visual of giant faces sentencing criminals to the Phantom Zone, a giant dome opening to reveal a flat, twisting shape that imprisons said criminals, and the eventual destruction of Krypton with lava, cracking earth and enormous spires skewering alien buildings. Next is a Rockwellian portrayal of every- farm-town America with sweeping, warm shots of wistful corn fields. After the Fortress of Solitude is created, Superman enters the Daily Planet and we’re treated to snappy, sitcom-esque banter as the newspaper chief Perry White barks commands at cowering employees. Lex Luthor dons giant yellow collars while lounging around a ridiculous, sprawling underground fortress, ordering around a dim-witted comic-relief sidekick.  It’s dead serious! It’s funny! It’s operatic! It’s campy and light-hearted! It’s really all over the place.

As well, if I never saw Batman Begins, I would complain about the pace of Superman: The Movie, but I did so I can’t. Both films are origin stories that take their time to show you the titular character. Superman appears 47 minutes into the original theatrical cut of Superman: The Movie, and Batman Begins takes roughly an hour as well to show Batman himself in costume. When Superman does appear, it’s at the end of 12 years of lessons from recordings of his father on everything from humanity to philosophy and suddenly Clark is in costume as Superman. There’s no explanation as to how or why he got that costume, and the costume itself is never addressed other than a stereotypical 70’s pimp complimenting him on his “bad outfit!”.

The term “cheesy” is thrown around quite a lot nowadays. It takes a lot for me to call something cheesy. I think a lot of what people deem to be cheesy in this movie has a lot to do with earnestness and sincerity not translating well to a more cynical, modern world. Superman in this movie is depicted the way he was in the comics of the day, not being able to lie, cheat or steal, and always doing the right thing. It’s the “big blue boy scout” stereotype that has plagued the character over the years. While sometimes seeming to be a bit too much and not feasible for a protagonist who fights hardened criminals, Superman was supposed to convey what the attitude of a perfect man was. While some may wince at Superman rescuing a cat from a tree in one scene in the movie, the scene is playful, funny and doesn’t exactly typify the character; he stops bullets, withstand fire and thwarts nuclear missiles in the same film.

The “turn back time” ending seems like too much of a catch-all, yet it ties into the overall theme of Superman being forbidden from using his powers to alter human history. He defies his father’s wishes to save Lois Lane, and the idea is interesting but could have been executed with another idea rather than turning back history which conjures up the question “why doesn’t he just do that all the time?”. Besides, what happened to the second missile in this alternate, no-earthquakes timeline?

There’s no denying Superman: The Movie’s influence over the years. There were comic book based movies before Superman, but Superman: The Movie was the first one that was so successful, it transcended being a “comic book movie” to being a mainstream blockbuster of the same caliber as Jaws, Raiders and Close Encounters of the Third Kind. It was the first movie that proved that superhero movies could be more than camp and be serious contenders at the box office and in general pop culture. After Superman: The Movie, many comic book properties were optioned, later put into full production after the success of Batman in 1989. But Superman proved it could be done, and now we get comic book movies every year.

For its few faults, Superman: The Movie is a fantastic piece of entertainment that’s still effective today. John Williams’ score and the different performances are stellar, and Richard Donner’s idea to film it as if it was “the great American epic” is still very inspired. Every time I watch Superman: The Movie, I feel like I’ve just watched a great entertaining epic, even thirty plus years later.