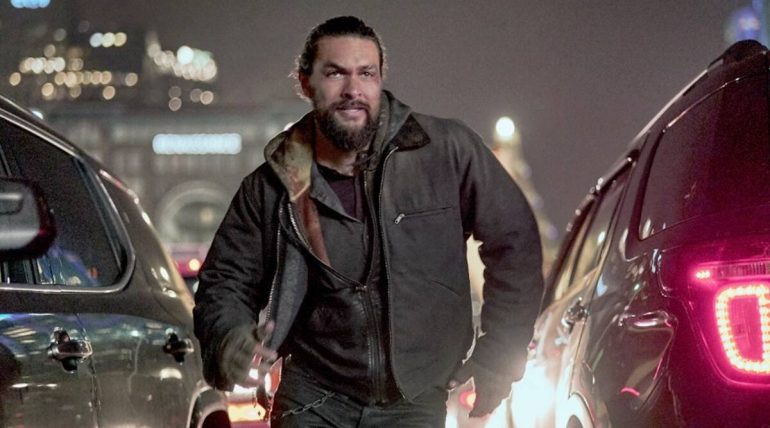 Sweet Girl had some interesting ideas but the ending really let it down for me and it’s generally very dull with poorly shot action scenes.

Plot: A devastated husband vows to bring justice to the people responsible for his wife’s death while protecting the only family he has left, his daughter.

Review: When Sweet Girl was announced I was curious not only because of some of the cast, but also the premise which while familiar seemed intriguing to say the least.

This is easily one of the most frustrating films that I’ve seen in awhile, what annoys me is the potential that’s here that is squandered by its execution.

First I’ll start with the positives; both Jason Momoa and Isabella Merced are believable as father and daughter. Their relationship throughout the film is one of the few strong elements holding this together. The one fight scene on the train is fairly decent even with certain elements of shaky cam, though that wasn’t as distracting as usual.

Unfortunately, the rest of this is incredibly dull with overly cliched villains who aren’t the least bit interesting, actors like Amy Brenneman, Justin Bartha, and Raza Jeffrey are wasted either with roles that are underwritten or feel rather pointless. The action (with exception of that one set piece) is ruined by horrendous camerawork that makes it incredibly difficult to follow.

However, the biggest mistake was the twist that happens at the end which reminded me of a certain horror film that tried to pull this sort of thing off at that time and failed. This was an incredibly baffling choice which doesn’t make a lot of sense whatsoever. Usually I can give certain filmmakers credit for doing something unexpected if they earned it, but not this time.

Overall, Sweet Girl is a prime example of a film that had potential at the start, but is let down by its questionable choices regarding the action and the ending.