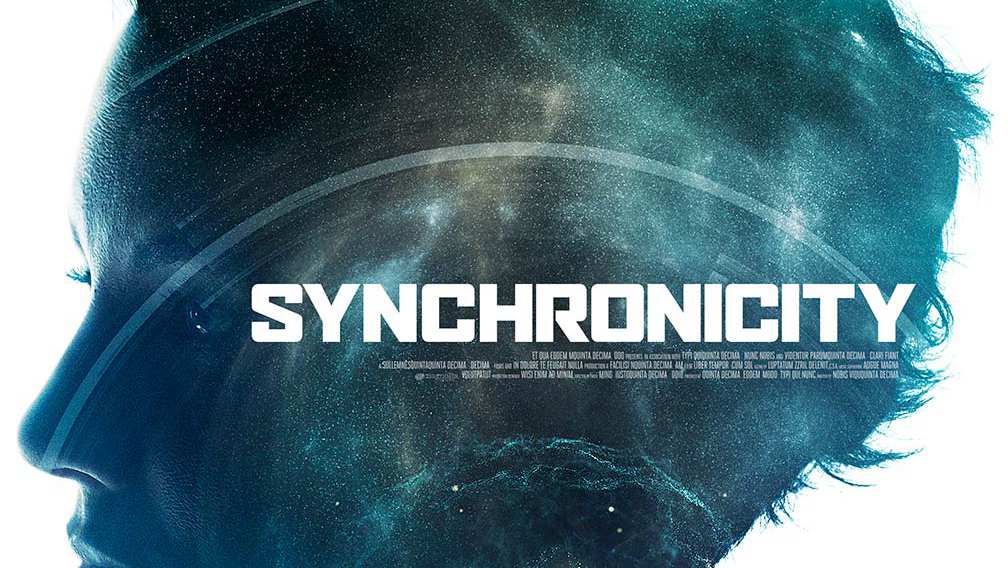 I enjoyed Synchronicity. It is a new take on an old idea and I am sure that Mr. Gentry has even more in store for us with his next feature.

Plot: Daring physicist Jim Beale has invented a machine that can fold space-time and ruthless corporate tycoon Klaus Meisner will stop at nothing to get it. When Jim uses the machine to tear open the fabric of the universe, a rare Dahlia appears from the future. But in order to keep the rights to his invention he must prove that it works by finding the flower’s identical match in the present. Jim soon discovers that the Dahlia lies in the hands of the mysterious Abby, who seduces him into revealing his secrets. Convinced that she is in league with Klaus to take ownership of his life’s work, Jim travels back in time to stop the conspiracy before it can happen. But once in the past, Jim uncovers a surprising truth about Abby, the machine, and his own uncertain future.

Review: I am a big fan of time travel films and every once and a while we get a few gems. From the comedy and fun of Back To The Future, the Van Dammage of Timecop, to the total mind explosion that was Predestination. These type of films can be very tough to pull off. They need originality, great story and the ability to keep continuity errors to a minimum in order to make the time lines work for the audience. I am pleased to say that Synchronicity manages to achieve all of those things.

Written and directed by Jacob Gentry (who directed 2007’s horror/sci-fi/thriller The Signal), has managed to created a very serviceable film with very little in the term of elaborate sets, exteriors of high tech gizmos. The overall look is very much a nod to past sci-fi films such as Dark City and Blade Runner. A sleek, soulless, nondescript cityscape with the exception of a local bar which looks like any other watering hole you would find in your own neighborhood. In addition to the visuals, the soundtrack leaves us with no doubt at all that Blade Runner was indeed an influence, as all the music sounds like something Vangelis himself would have done on a Yamaha CS80. Big sweeping brass synths that perfectly capture the film’s mood and nuances.

Our hero Jim Beale (played by Chad McKnight) does a very good job of portraying an academic who becomes torn between science, love and betrayal. Brianne Davis as the femme fatale Abby, has less to do than Jim but plays a very important part in the story as not only his love interest but the catalyst for him sending himself through time. Of course Michael Ironside, who plays the evil money-man Klaus Meisner, though given the least amount of screen time, chews up his scenes with great aplomb. His plan to control Jim’s research and machine through nefarious means (and with the help of Abby) provides some of the more interesting twists and turns in the film.

The style in which the film unfolds is an interesting one. In a semi Groundhog Day/Vantage Point style, we see the film replay from several viewpoints, which can be somewhat confusing at first until you catch the rhythm at which things are being portrayed and displayed. Things that seemed to play out one way at first, are explained when we see them from another viewpoint and everything comes together nicely.

My only real complaint with Synchronicity was some of the dialogue. The only people who really seemed to speak like ‘normal’ people were Jim’s lab buddies. Everyone else had a tendency to speak in a somewhat romanticized version of what you would expect from someone trying to come across as brilliant and mysterious, and at points this could be a bit bland.

Overall, I enjoyed Synchronicity. It is a new take on an old idea and I am sure that Mr. Gentry has even more in store for us with his next feature.