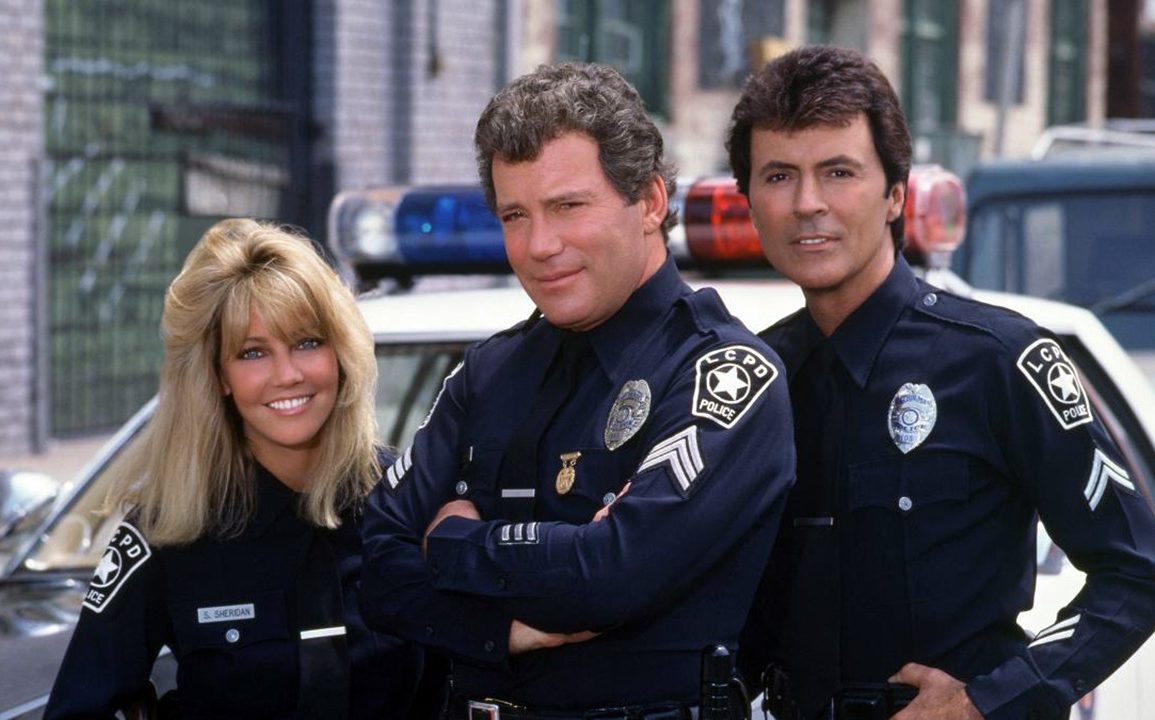 Review: As gritty as the last Aaron Spelling produced-S.W.A.T. and obviously wishing it was as deep or beloved as Adam-12 and Dragnet, this show is anything but able to be taken seriously due to the heavy-handed detailing (and sometimes lack of), erratic overdramatic situations, surprisingly laughable fight scenes (much of which mirror Shatner’s previous Trek ventures, only inconsistent in tone) and zany Reagan era commentary. And that’s all good because this is still entertaining due to the cast, bizarre crimes, overdone explosions and insistence on continuous car hood sliding action. The show is already over-the-top but being as that is a prerequisite for everything Shatner has ever done for the most part, this only makes this procedural that much more entertaining. In all seriousness, you have to love when actors are committed to playing any character, wether it means embracing the absurdity of it all or just wanting to do their job and entertain. Regardless, this makes it all the more wacky and is “can’t take your eyes off it” stuff. Wether the writing staff were the results of having too many good and bad cooks in one kitchen or were only trying to make the charismatic but clearly bizarre all-star cast happy is up for discussion.

Seasons 1 and 2 follow a pretty typical formula of murder victims, street chases and other cringe-induced humor while Season 3 gets even deeper with serial killers, various crime gangs and other heavy subject matter. Season 4 is a basic repeat of the last three with Season 5 pretty much running out of steam. You get what you paid for with this silly cheesefest and there’s honestly no shame in anyone admitting that when producer Spelling was doing this same “enjoyable yet trashy” formula for years. Creator Rick Husky later went on to writing numerous episodes of the equally infamous, and arguably far worse, Walker, Texas Ranger so this was if anything an easy foreshadowing of his overall career.