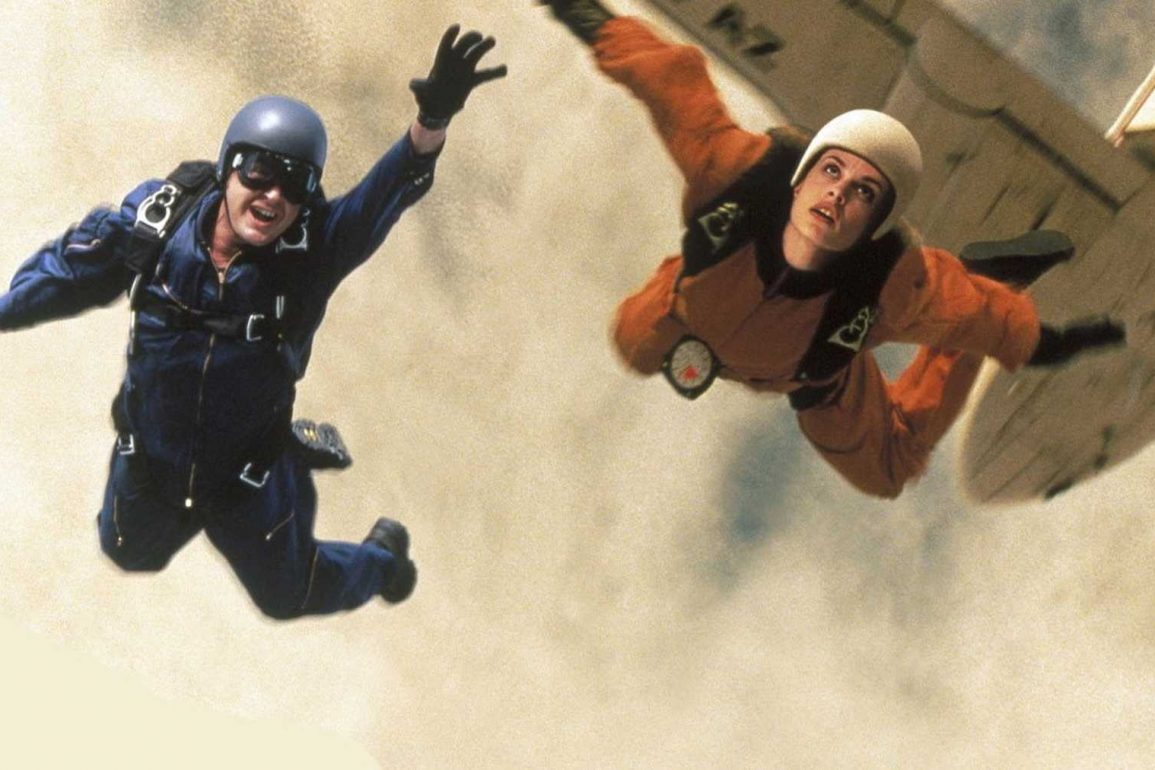 Terminal Velocity is a fun action film that has a good cast, some impressive action, engaging story, and is well directed.

Plot: A maverick skydiver and a former KGB agent team up to stop the Russian mafia from stealing gold.

Review: This is one that flew under the radar when it came out, and I think it’s too bad cause I absolutely love it!

This is my favorite Charlie Sheen film, and I’ve liked quite a few of his films, but this one remains my favorite to this day.

Sheen’s character is very likeable and shows off his charisma very well; Nastassija Kinski is also solid and believable in her role. Both Christopher McDonald and James Gandolfini are a lot of fun to watch.

The story is pretty solid and is well written overall. This premise was very unique and original for its time.

The direction by Deran Sarafian is very solid throughout, especially during the action scenes. Speaking of the action, it’s so well done, especially at the end.

The score by Joel Mcneely is pretty decent and fits with the film.

Overall, Terminal Velocity is a fun action film that has a good cast, some impressive action, engaging story, and is well directed. Definitely recommend checking it out if you haven’t seen it; you won’t regret it!