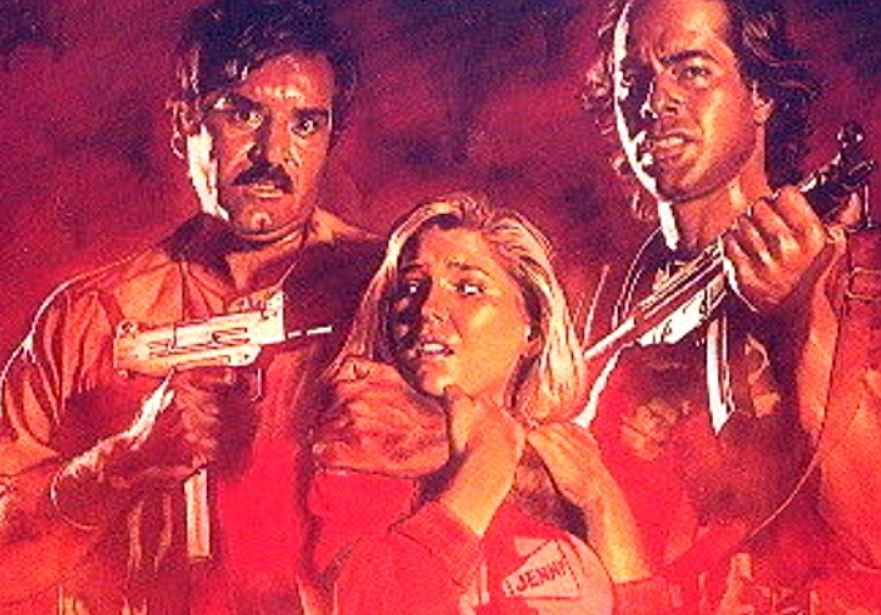 Terror Squad is pretty good for what it wanted to be, but it also falls short of its potential, which is too bad because it could’ve achieved greatness with a little tweaking on the script.

Plot: Three terrorists cause mass chaos in a small Indiana town, and then take over a school and take some kids in detention hostage.

Review: An extremist group of Libyan terrorists declare war on America: They send four of their best to small-town America in Kokomo, Indiana where they attempt to blow up a nuclear power plant, which fails spectacularly. One of them is killed, and the other three take their rage out on the town of Kokomo. Armed with a bazooka, Uzis, and enough ammo to level the town, they spray their bullets and rack up an extraordinary amount of carnage and collateral damage with their indiscriminate and wholesale slaughter of innocent civilians. Local law enforcement scrambles to keep up with their mass killing and the sheer amount of chaos they cause. A sheriff (played by Chuck Connors whose role is relegated to being frustrated and in awe of what the terrorists are capable of) struggles to maintain composure every time he sees what those he’s in pursuit of are so eager to accomplish, and every other cop and commando who follows in their wake is pretty much in the same boat. Nobody can stop these guys. When the terrorists end up holing up at a high school after the school day is over, they take a class of kids in detention hostage. The kids in detention are mostly attractive how-did-I-get-here wisecrackers who are suddenly faced with the very real possibility of being murdered by three sweating, twitching Middle Eastern extremists, but luckily the kids manage to get split up (the horny bespectacled nerd promptly makes it to the machinist lab and crafts sharp arrows to fight back with, for example), creating an opportunity to use their grit and good old fashioned American badassery to get the better of their attackers. Why wait for the good-for-nothing sheriff when you can be everything you can be in the raw moment? A climax involving a school bus chase and a speeding train (complete with a Raiders of the Lost Ark stunt where the hero traverses the undercarriage of a speeding vehicle and ends up getting the drop on the bad guys in the driver’s seat) adds some tension.

Mostly notable for having a jaw-dropping amount of terror-on-a-small-town carnage that rivals only Invasion USA‘s holiday madness scenes of terrorists indiscriminately murdering Americans at Christmas, Terror Squad was actually kind of shocking for awhile until it settled down its britches and became a kids-versus-the-world action movie like Toy Soldiers. Terror Squad is pretty good for what it wanted to be, but it also falls short of its potential, which is too bad because it could’ve achieved greatness with a little tweaking on the script, which was conceived by Mark Verheiden, who later wrote Timecop, among other notable projects. Somewhat lost in the shuffle of time, this film deserves a look, particularly for fans of ’80s action films featuring teen protagonists. From director Peter Maris.

Code Red’s new Blu-ray of Terror Squad contains a pretty grainy, but attractive 2K master transfer and includes an interview with a cast member, plus the trailer. 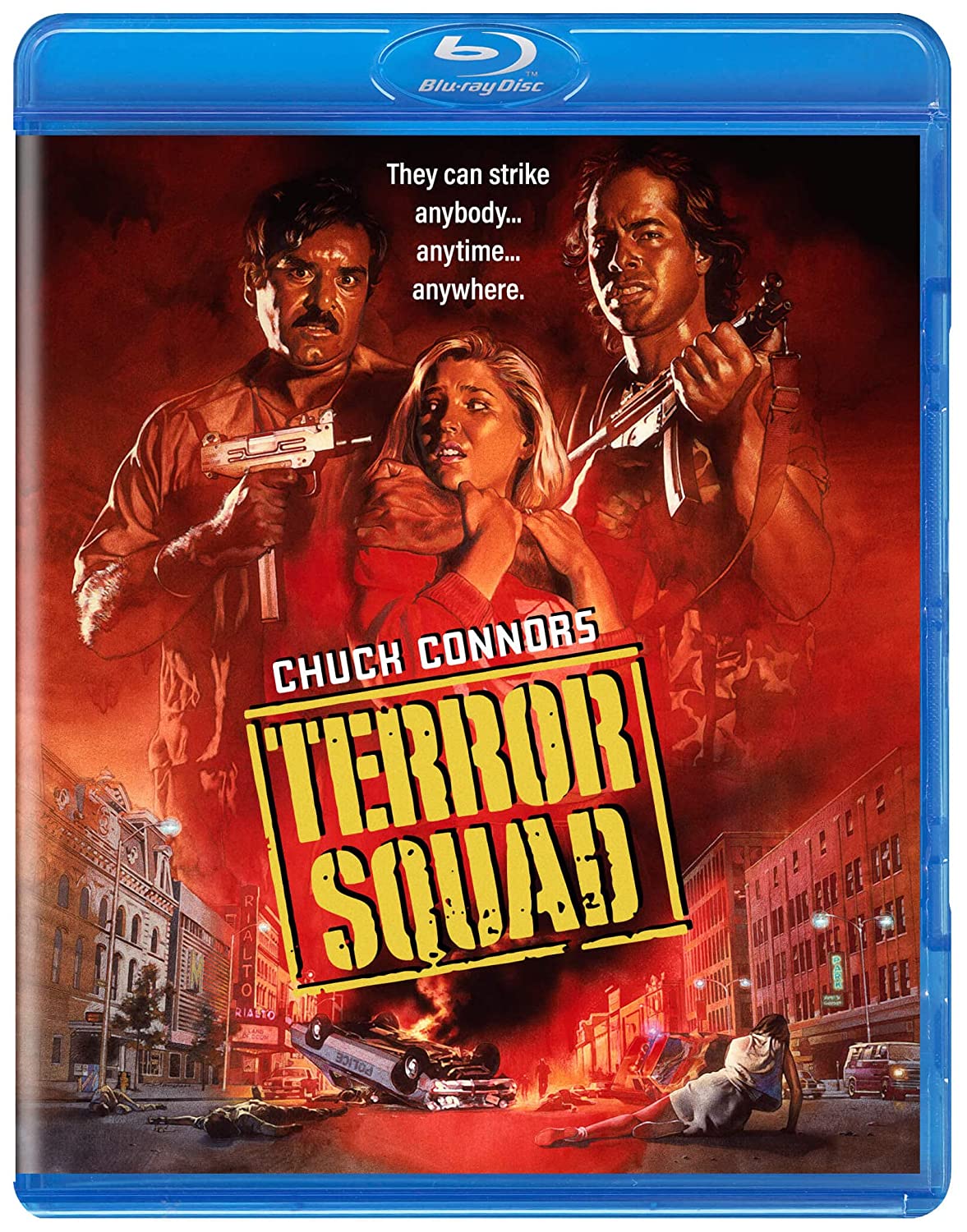