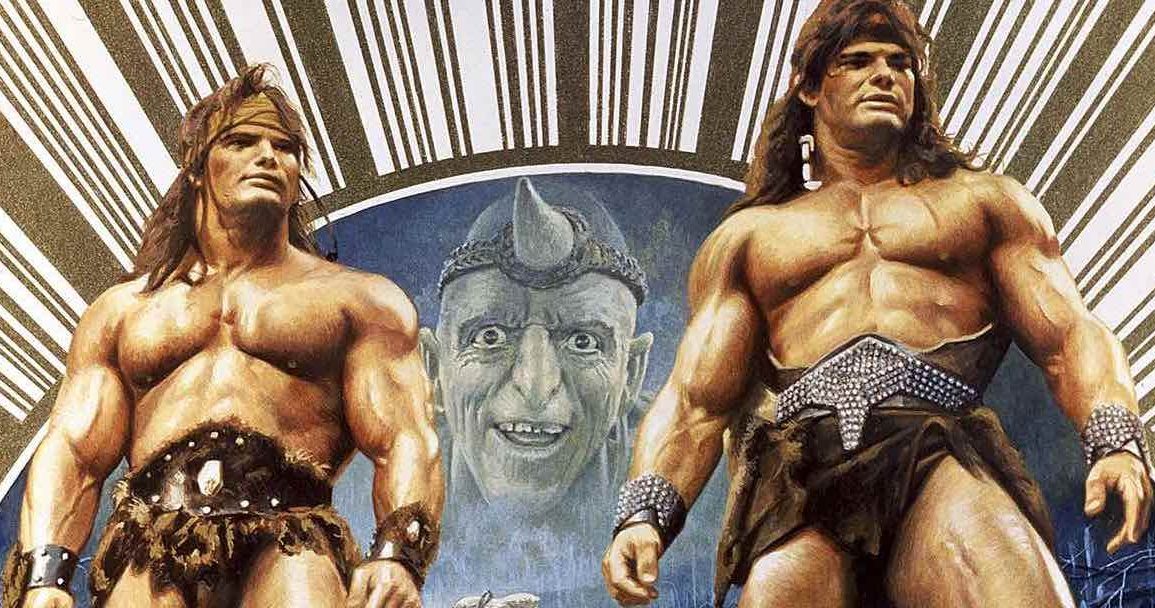 The new Blu-ray release of The Barbarians is a very welcome piece of hardcopy media. Previously only released on full-frame editions in the USA, this edition has a new HD master in widescreen, and it’s never looked or sounded better. I love this movie, so it comes with my highest recommendation.

“Once upon a time, long, long ago, there existed a world of savage splendor … an age made for adventure, a time of darkness, of menace, of sorcery! It was a time when man, woman, and child were ruled by the sword.”

From the Golan / Globus Cannon factory, this movie was supposed to launch “The Barbarian Brothers” (bodybuilding twins, David and Peter Paul) into movie stardom, but instead it probably set them back an entire career in the movie business. They only did a few movies after this, and then became part of the “Where are they now?” club. In this picture, they show that they look good on screen, and depending on your taste, their frat-house behavior in the movie may turn sword-and-sorcery purists off. In a basic plot that recalls most of the barbarian movie cliché’s, the lands are ruled by Kadar (Richard Lynch!), who has a rock star haircut that reminded me of Rip Torn’s in The Beastmaster. Kadar is notable for having a really cool throne, which is seated on a huge, geometrical shape that is supported by a whole bunch of slaves. He’s also got a foxy sorceress and lots of mutant-looking henchmen, but what he doesn’t have is the love and affection of Queen Canary (Amazonian-looking Virginia Bryant), who is a good queen of a peaceful tribe of freaks and circus-performers. She is also in possession of the Belly Stone, a magical red ruby that Kadar really wants to get his hands on. He raids her tribe’s village, takes her captive, and also kidnaps two young twin boys, Gore and Kutchek, whom he throws into a labor camp, and in obvious Conan-fashion, they build up incredible muscle mass while lifting rocks and getting into fights with the prison guards. In about a decade, they turn into “The Barbarian Brothers,” and they escape the moment they see an opportunity. They sojourn into the Forbidden Lands (with a cute, feisty girl sidekick played by Eva La Rue) to retrieve the Belly Stone where it has been hidden and protected by a clunky swamp dragon. They retrieve some sacred weapons from a tomb of an ancient king (some armor, a sword, an axe, and a bow and arrows), and they slay the mechanical dragon (a weak point in the movie). Later, they face Kadar in a cool stand-off, and a new queen is crowned (the cute, feisty girl).

I like this movie. It has a nice sense of scope and a surprisingly effective sense of humor. Cannibal Holocaust director Ruggero Deodato directed this, and it has some nice gore shots, but the movie is very light on nudity. Go figure. David and Peter Paul are fun (up to a point), and their comedy bits are more convincing than when they’re swinging weapons around. The score by Pino Donaggio is very 1980’s-centric, heavy on synths, but it works, and there is even a pop song during the end credits, “Ruby Dawn” that was re-used in another Golan-Globus barbarian movie, Gor.

The new Blu-ray release of The Barbarians is a very welcome piece of hardcopy media. Previously only released on full-frame editions in the USA, this edition has a new HD master in widescreen, and it’s never looked or sounded better. I love this movie, so it comes with my highest recommendation. 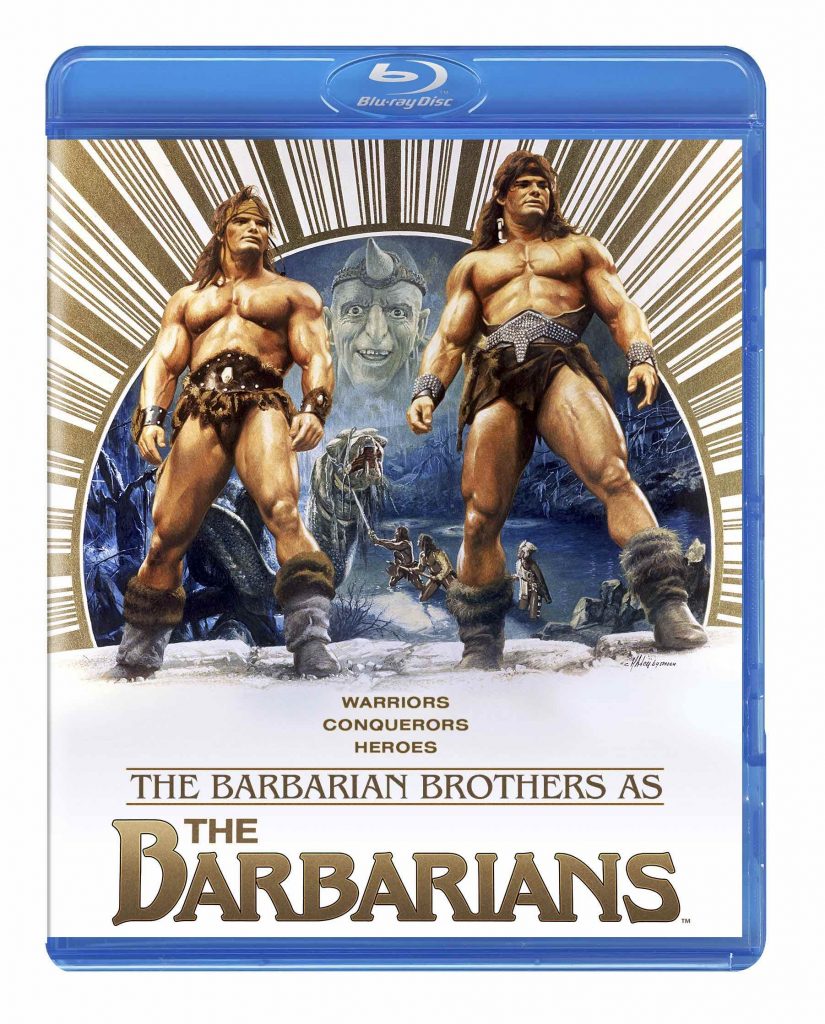