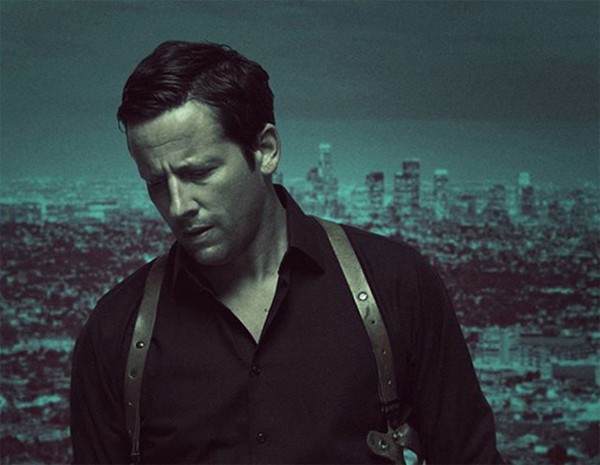 Action fans will come in, thinking it’s going to be a shoot-’em-up, and while they’re going to get an eyeful of what they came for, they’re also going to get something they didn’t know they were craving: a picture with snap, spark, and elegance.

Plot: The Beautiful Ones – The son of a powerful crime-family falls for the daughter of a rival crime-family – But these two are no Romeo and Juliet!

Review: There’s a cool cat cruising the streets of Los Angeles. Gabriel Tancredi (Ross McCall from Green Street Hooligans 2), the nephew of a local crime boss, has built for himself a life more or less modeled after the roles of his favorite movie star: Steve McQueen. He’s got McQueen’s Mark IV 5.0 Cobra Roadster for his wheels, he’s got the shades, the watch, the threads, and even the chic over the shoulder gun holster from Bullitt.

On the surface, Gabriel looks like a cop straight out of the late 60’s or early 70’s, and with his background in the military, he’s got more than the gab and swagger of a wannabe – he’s the real thing. His aunt Catarina (Julie Warner from Indian Summer) is running the syndicate her father started decades ago, and all she’s really asked of Gabriel is that he stand by and carry out the occasional order for wetworks and other than that, he’s free to carry on with his life.

Up to a point, he’s never given anyone any cause to question his loyalty, and his family has been good to him. A rival syndicate – the Romanos – has been gradually muscling in on Catarina’s territory, and they’ve been trying to recruit Gabriel via an emissary named Casper (Brian Tee from The Wolverine), who has always had an itch to go one-on-one with Tancredi.

To top off the headache of having to deal with Casper and the advances of the Romanos, Gabriel starts dating a beautiful woman named Eva (Fernanda Andrade), who happens to be – lo and behold – Eva Romano, the daughter of the head of the #1 syndicate in Los Angeles. For these two lovers to keep their affair going, Gabriel will have to contend with the Romano family and his aunt Catarina, who does not take kindly to his choice of lovers.

To prove that he’s a man worthy of his mettle and an antihero that McQueen might have played in a movie, Gabriel comes into his own by bringing everything he’s got to the table in a final confrontation between both families and every enforcer they’ve got.

Shot in beautiful black and white in a style reminiscent of a bygone era, Jesse V. Johnson’s The Beautiful Ones is a calculated lark of a film, with wit, pizazz, and plenty of badass action. This movie has moxy to spare, and it’s a breath of fresh air in a depressed movie market that has forgotten how to produce movies that actually feel cinematic and spry.

Action fans will come in, thinking it’s going to be a shoot-’em-up, and while they’re going to get an eyeful of what they came for, they’re also going to get something they didn’t know they were craving: a picture with snap, spark, and elegance. The script by Johnson has surprising depth and individuality, and it hearkens back to that brief period in the early 90’s when independent films took chances, told good stories, and gave the audience something to walk away with. Johnson’s background in stunts and action is on full display here, with solid set pieces, hardcore action, and hand-to-hand combat.

His star Ross McCall (who worked with Johnson in Green Street Hooligans 2) has turned in a performance that should make him a star. He doesn’t try to emulate Steve McQueen (which a lesser actor might have tried), but instead he takes the quiet cool of that legend and wears it like a suit, trying it on, testing it, talking about it (sometimes directly to the audience), and going with the notion that to be a legend, you have to understand the legend first. The Beautiful Ones gets it.