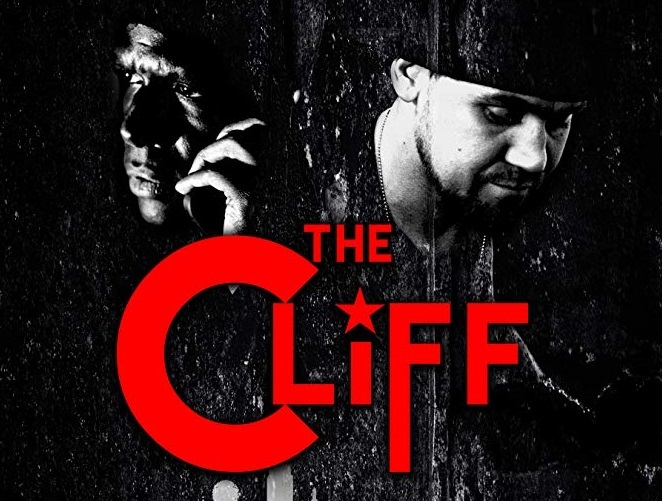 The Cliff isn’t without its moments but it’s hard to recommend as the actors are rather dull and the overly stylized editing gets frustrating after a while.

Plot: “The Cliff” is an American crime drama that takes place in the pulsing streets of Dallas’. Undercover police officer Russell Barnes, faces a new challenge of bringing down high profiled drug dealing music executive Daemon Miller. “The Cliff” takes you on a thrilling ride of crime and action as the two very different worlds of Barnes and Miller collide. “The Cliff” is their state of mind!

Review: The Cliff is a VOD action-crime thriller film which revolves around a detective duo (Dustin Doan, Fabian IV), a corrupt Dallas police department and a drug runner (Ron Clemons) who just got released from prison and is forced into yet another illegal drug smuggling scheme. The detectives are closing in on the drug ring but is this case going to end up becoming too personal for one of them? From the filmmakers of the equally inept Carter High, this film strives to be huge yet comes off as a partial professional looking indie due to it’s formulaic tropes, borrowing from superior movies and not being believable despite being inspired by an actual police case.

Let’s look at the positives here first: first off, the detective duo actors have great chemistry, with Fabian XIV easily rivaling Aries Spears and Deon Cole in his comedic timing. Dustin Doan also has a natural physical presence and is also given lots to do yet he is undermined by the implausible story and rushed editing, especially during a key undercover arc where he has to gain our main smuggler’s trust and gains it instantly(!). The smuggler’s main right-hand portrayed by Cloyse Caruthers provides a rare glimpse of off-color dark comedy and shows that this actor also needs to be in more movies. I will also admit that having seen the filmmakers previous work with Maverick Home Entertainment bargain bin Z-listers, this is a huge step up but it’s still not cutting the mustard.

I would’ve thought that a film that combined elements of Taken, Point Break, Scarface, Lethal Weapon and even had a character who’s jokingly referred to as a John McClane lookalike would be an unmissable surprise hit. And I was wrong because the material deserved better. The story arcs were complex enough to pad out the running time and not be overcomplex but the crooked cop subplot needed to be omitted because that portion went nowhere and by film’s end wasn’t even properly detailed or concluded. A simple line of dialogue would’ve told us all we needed to know about how the drug ring worked with a few police superiors in their pocket.

To make matters worse, the other characters weren’t interesting, came off as cartoonish stereotypes and were portrayed by those with lacking acting abilities. This should’ve had the tone of an escapist cops and robbers show but clearly these guys think they’ve made the next Traffic or The Wire with the serious but unconvincing atmosphere they’ve set up. The cinematographer also throws in some B-roll scenery but since it’s shaky and goes on too long, that only shows that they’re trying too hard to be like a million dollar blockbuster. So as a result, the film did drag despite being under two hours.

The film is available on Amazon Prime but due to the over-stylized editing and dull actors in a multi-character action thriller, this becomes an instant miss. I can applaud the filmmakers for trying their hardest as it was not unwatchable like some of the other indies you encounter on that site but this needed more retooling before being released.