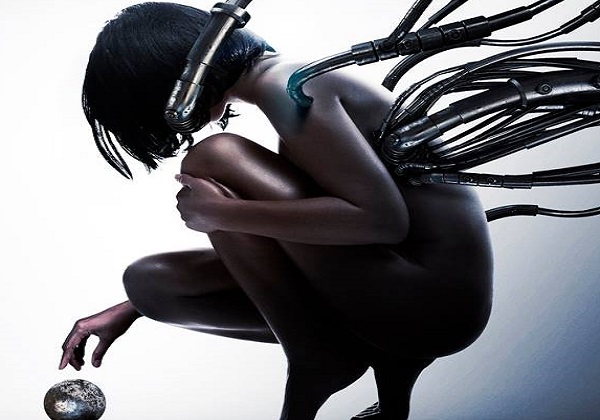 If you are looking for an alien abduction film that is light on pure action but full of scares and tense moments, give The Device a look.

Plot: Abby and Rebecca Powell haven’t seen each other since a traumatic event in their youth ripped them apart. Reunited for the first time in over a decade, the sisters take a trip to spread their mother’s ashes at a secluded lake. As the sisters reconnect and try to heal old wounds, something waits in the nearby woods. A strange object, made not by the hands of man, beckons them to it. As they begin to try and unlock its secrets, Abby is plagued by nightmares of an alien presence that seem all too real. Little do the sisters realize that this object is actually a device, one with a purpose too horrible to comprehend. As the events of the past and the present begin to merge, new discoveries will threaten to tear apart their newly reformed family, and the inhuman creators of the device will attempt to finish a terrible experiment begun years before.

Review: Fourth time director Jeremy Berg delivers us his latest film, which takes a very different tone than the standard shaky-cam alien abduction movies we have gotten used to. The Device spent more time letting the viewer explore the experiences with the characters, who were all dutifully played by relative newcomers. They displayed some great emotion and provide some truly unsettling pathos.

The pace of the film is more like 1993’s Fire In The Sky than Battle: Los Angeles but as the story moves along and Abby finds her visions becoming wore, the pace and intensity really picks up.

Due to the obviously smaller budget of the film, the special effects and overall look did suffer a bit and not every performance was spot-on, but the plot and direction more than compensated for the shortcomings, and I look forward to seeing what the pairing writer John Portanova and director Jeremy Berg have in-store for us next.

Overall, if you are looking for an alien abduction film that is light on pure action but full of scares and tense moments, give The Device a look.