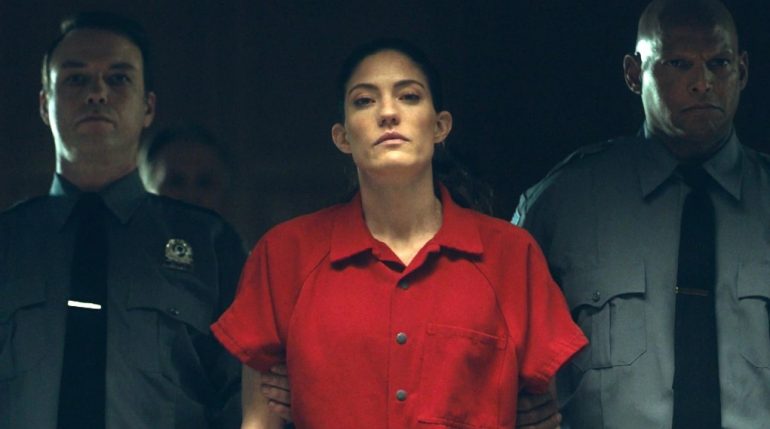 The Enemy Within (2019) TV Series Review

The Enemy Within deserved greater fanfare as it was a solid action thriller TV series that’s definitely worth checking out.

Plot: FBI agent Will Keaton (Morris Chestnut, Boyz N The Hood) enlists the most notorious CIA traitor, ex-high ranking CIA Agent Erica Sheppard (Jennifer Carpenter, Dexter), in American history to help catch the elusive Russian spy-turned-global terrorist Mikhail Tal (Lev Gorn, The Americans) after 4 CIA officials are assassinated simultaneously. Little does Keaton know that the spy game is never what it seems and that the terrorists coerced Erica to blow all 4 CIA Agent’s cover after they threatened to harm her daughter.

Review: The Enemy Within incorporates the better elements and style of similar espionage shows like Spooks, 24, Blindspot and even Legends (which also had Chestnut as a hard-boiled FBI agent) and throws them in a blender to make an involving premise that would make even Olympus Has Fallen tip it’s hat for such non-stop, organized insanity. The plot lines range from following Keaton’s awesome FBI team including his partner Zain (Raza Jaffrey, Spooks) to the FBI having to play spy politics  with CIA Deputy Director Cabrera (James Carpinello, The Punisher).

Jennifer Carpenter turns in a career-best role as Erica Sheppard and makes her a complicated yet admirable tough gal without playing gender politics. The Erica character comes off as captivating due to her gray morals and feels like a mix between the Angelina Jolie title character in Salt, any version of La Femme Nikita and Michael Scofield from Prison Break.

The editing, pacing, cameras and plot build-up are to be commended for keeping the whole thing going and never slowing down except on a few occasions but it’s worth it because after the first three episodes you are in for more organized chaos. It’s a shame that the networks can’t take a risk on excellent espionage shows anymore but the overall show is wrapped up rather nicely and while it suggested that there was more to come, we can only enjoy what we currently have: a worthwhile addiction.