Overlong and a little talky The Flag of Iron is less dynamic and rousing than it should be and relies on long, drawn-out discussions, confrontations, and plot rather than giving us exciting action scenes but it has its moments.

Plot: A martial arts clan is sabotaged, leaving the clan without a leader, which sets in motion a conspiracy that cannot be stopped.

Review: The Iron Flag clan is the strongest and boldest of the martial arts cadres in the region, and each member is virtually a blood brother to each other, including the elder leader. When a rival clan – the Eagle Clan – sabotages the Iron Flag clan, the Iron Flag’s beloved leader is killed (shot through with a spear tip from behind), the Iron Flag must elect a new leader, since their leader was killed before he could appoint a successor. Chao Feng (Iron Tiger, played by Feng Lu) is the eldest and so he steps forward to become the new leader, but being the leader of the Iron Flag, the responsibility should fall upon his shoulders to take the blame for the death of the leader of the Eagle Clan. Instead of taking the brunt of the law’s punishment, another member of the Iron Flag – Lo Xin (The Iron Panther, played by Phillip Chung-Fung Kwok) – takes the blame willingly and is sent into exile. Following his exile, assassins are sent after Lo Xin to kill him, and he teams up with the murderer of his leader, an enigmatic assassin who tells him that he was hired by Chao Feng. This does not bode well for Lo Xin or the Iron Flag clan. Lo Xin will return from exile and go to war against his own blood brother and his own clan to make all wrongs right again.

Overlong at a full two hours and extremely talky, The Flag of Iron is much more a “talk” movie than a “fight” movie. Some of the Shaw Brothers movies can do both in equal measure and feel balanced, but the action in this one is less dynamic and rousing than it should be and relies instead on long, drawn-out discussions, confrontations, and plot. When it does burst into action the movie gets a little jolt here and there, but much of the movie takes place indoors and on sets instead of in outdoor spaces, which gives the film an overly confined feeling. Still, it’s a worthy martial arts film from a great studio and came at a time when these movies were on a roll with quality, but it’s just not one of the “better” ones. From director Cheh Chang.

99 Films recently released a fully loaded special edition (with slipcover) of The Flag of Iron, and it comes in a beautiful widescreen high definition transfer, with booklet notes, an audio commentary by Mike Leeder, and more. It’s number 29 on the spine as part of the 88 Asia Collection. 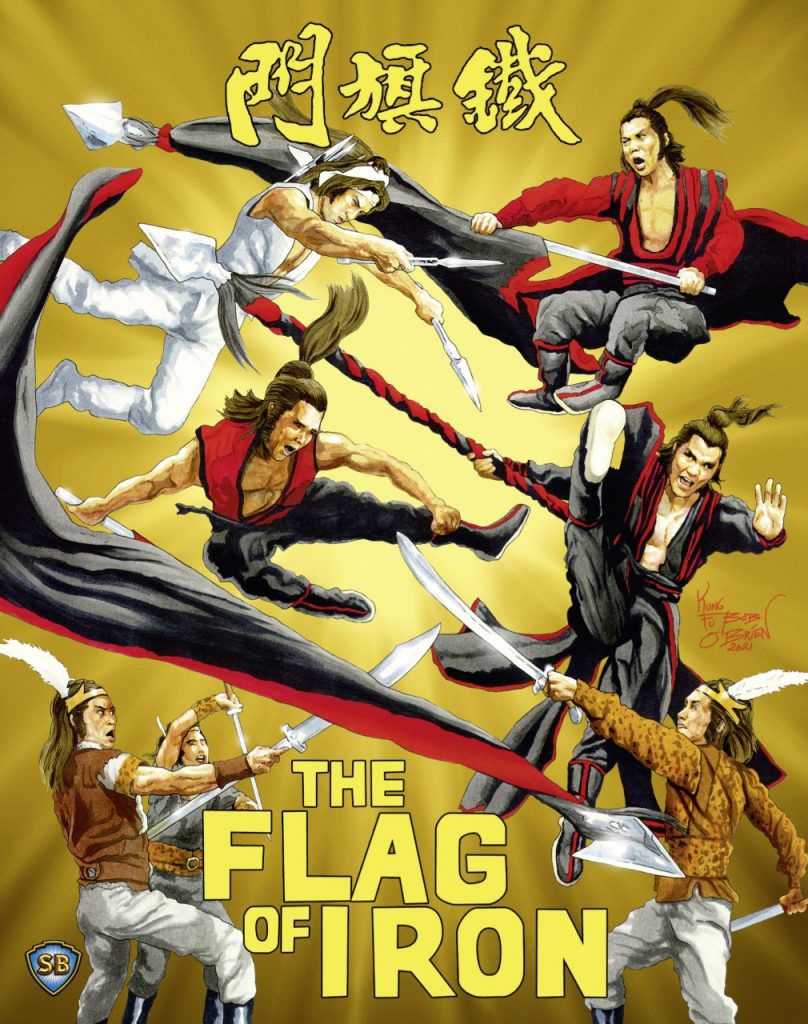