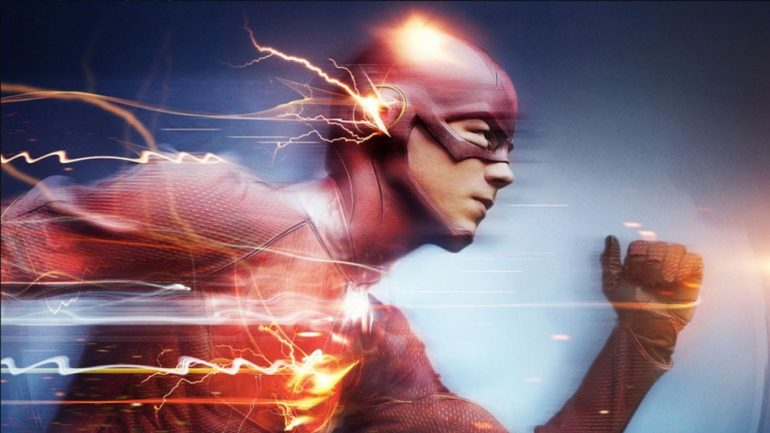 I can’t recommend La La Land’s individual releases highly enough, and their recent release of the music to the first season of The Flash is an essential album.

Review: The DC Comics character The Flash has been running (fast!) on television since 2014, and the show has been a quick success. Barry Allen (played by Grant Justin) is struck by lightning in Central City, and after a long coma, he wakes up with the superhuman ability to run faster than anyone alive, and with some help and a benefactor, he learns to become a hero some call The Streak, but we all know and love him as The Flash. The show is in the classic villain of the week mold, with Barry fighting super villains almost every episode (which is something the show from the 1990’s didn’t catch on to until later on its single season), which gives audiences what they crave when it comes to having superhero shows.

With such a full first season (23 episodes), the material yields plenty of great opportunities for the series composer Blake Neely to come up with some great themes to build from. Starting with The Flash’s own theme “The Fastest Man Alive,” the show has a memorable motif to come back to whenever The Flash shows up, and each and every episode has an interesting and compelling piece of music to liven up the action. Neely’s music for The Flash makes a great addition to the world of DC characters and the filmic music that underscores those that have had cinematic adaptations. It also makes a stellar companion piece to his music for the concurrently running DC program Arrow, starring Stephen Amell.

La La Land has been the premier soundtrack label that has been releasing music to DC properties, and along with this release, they’ve also released score albums to Arrow (season 2 and 3), as well as many of the animated incarnations of Batman and Superman, in addition to quite a few of the DC Original Animated Films. I can’t recommend La La Land’s individual releases highly enough, and their recent release of the music to the first season of The Flash is an essential album.