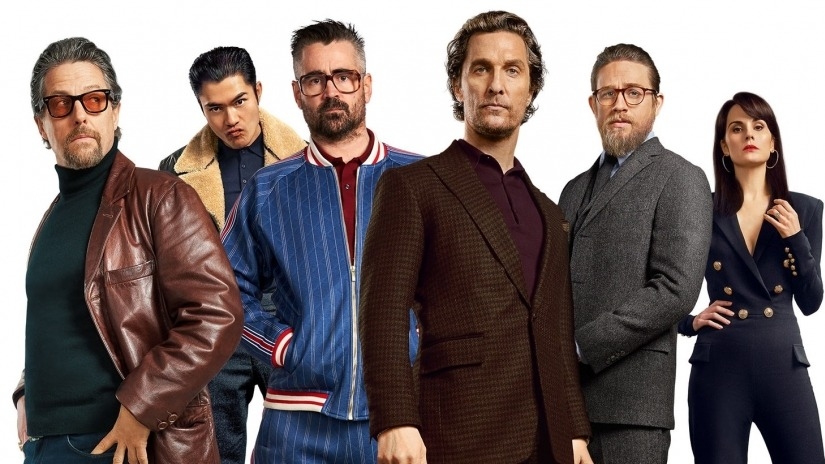 A dark, comedic crime thriller that is cleverly executed and is a lot of fun.

Plot: When American drug lord Mickey Pearson (Matthew McConaughey) wants to buy out of the marijuana business, a bid to win his highly sought-after empire begins.

Review: Upon seeing the promo photos and poster for Guy Ritchie’s latest film, I knew exactly what I was in for even before watching The Gentlemen. A witty, gritty drama laced with charm and effortless swagger, The Gentlemen is unabashedly unique to Ritchie’s violent, crime-ridden Britain—a true callback to his earlier movies, perhaps, even more so.

The film’s ensemble cast was complementary and wholesome. McConaughey is at his prime as the cool, magnetic leader. It was a treat watching him play Mikey Pearson with such ease and confidence; much like the rest of the characters in the movie, audiences both feared and revered him—a true depiction of a king. His wife Rosalind (Michelle Dockery) was just as captivating as his icy, cockney queen with a great mind for the business (quite the opposite to the prim and proper Lady Mary Crawley she played in Downton Abbey).

Though the movie is told as a frame narrative which was a bit hard to follow at first, Fletcher and Ray (played by Hugh Grant and Charlie Hunnam respectively) paint such a lively story for the viewers to follow along. Sure, it’s as if we are dropped head first into Ritchie’s dark Britain, but when our eyes adjust, our arms are spread wide with delight and a desire for more. The back-and-forth between these two was entertaining enough to even warrant a spin-off.

Overall, The Gentlemen is essentially about connection: from the entanglement of characters to the overlapping narratives, and ultimately the genuine connection audiences make with this film, Ritchie makes it so effortless for us to resonate with a shady underworld of drugs and crime—a must-watch for any film lover that just wants to have a darn good time.