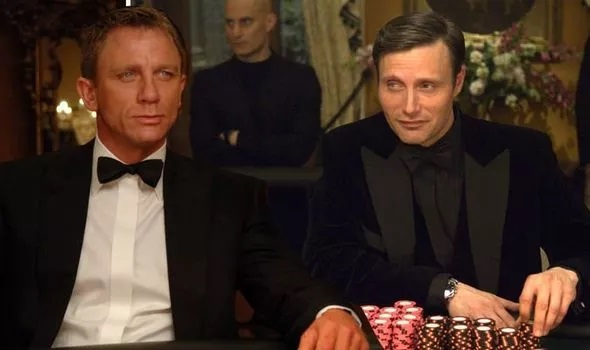 The Greatest Gambling Movies of All Time

For decades people have been watching films as a form of escapism and also as a way to learn. In fact, films also have the power to capture a variety of emotions and have a strong effect on the viewing audience. This is because viewers usually become emotionally invested in the storyline and begin to relate to the narrative being acted out on screen. They also have the potential to identify with the main characters and the activities that they are carrying out during the narrative. In fact, subject matters that are addressed and featured on screen can actually have an impact on real life trends and on the people who view them.

In this context, within the film industry there are many genres which cater to every different type of individual. Many Hollywood movies are saturated with gambling scenes and with film stars playing casino games like poker and blackjack. Casino themes are extremely common to watch in films. Even if the main plot does not revolve around a land-based casino establishment, there is still a high chance that you have witnessed the protagonist of a film venture in the direction of Las Vegas in an attempt to win a jackpot. Producers tend to add in this type of plot device in order to engage their audience. Gambling can make the viewer feel as though they are getting a thrill as it is regarded as a wonderful source of classical entertainment.

Blackjack is a popular casino game used within gambling films.

Indeed, there are plenty of films which involve a casino related storyline. The Cooler is one of the most well-known casino films which tells the story of a casino “cooler” who has a streak of bad luck when he is at the gambling tables and as a result it affects other players. Including stars like Alec Baldwin, the film went on to gross $8.24M in the box office.

Another popular casino-based film is Rounders which was made in 1998 concerning a reformed gambler who resorts back to gambling in order to help his friend pay off his debts. Directed by John Dahl and starring Matt Damon, it grossed $22.91M. One of the most famous films based on gambling is Casino which tells the story of two best friends: a mafia enforcer and a casino executive. It was incredibly successful with Robert De Niro at its forefront and went on to gross $42.44M.

Since the creation of these types of films, popular casino games like blackjack have soared in popularity. Many casino-themed movie influence the audience to see for themselves what casinos have to offer. A large portion of those gamblers featured on the big screen reap large rewards from playing casino games. In this sense, the audience is inspired to attempt to win big money in their own life. Indeed, audience identification with the characters in a story is fundamental to successful filmmaking. Furthermore, seeing players featured in films allows the audience to become informed about tactics and strategies that they can employ when they are playing in real life. Audiences of these types of films also seek to replicate the ostentatious lifestyles led by those who indulge in gambling on screen.

Moreover, as the audiences of these types of films begin to start gambling in their own life, they will find that they do not need to even visit a land-based casino to achieve the same thrill or rewards that their favourite film stars have. This is because the development of technology in recent years has resulted in a plethora of online casinos to appear and change the face of gambling forever.

The use of gambling scenes in films has become more popular.

Several years ago, if someone wanted to play casino games they would need to physically travel to a brick-and-mortar casino in order to do so. However, with modern technology, online casinos made gambling more accessible and affordable than ever before. It is also popular in the USA as it allowed those in states were gambling is illegal to take part in casino games. This cuts transportation costs and well as minimising the effort it would take to travel to a specific destination. In today’s society, the customer will simply have to choose an operator that suits them and register for a gaming account. There are also favourable sign-up bonuses that they can claim when they do so. After carrying this out, the player can play any casino game at the touch of their fingertips.

In conclusion, the popularity and presence of gambling movies in the film scene has sparked interest in gambling and casinos in recent years. Films based on casinos have flourished in popularity amongst both casino and non-casino players. This is because these types of films are influential, feature famous stars and have a big budget.

As a result, the film industry is generating a lot of profit because of this genre and this is translating to the casino scene. This is because the movie industry has revolutionized gambling and casino, increasing their traffic. Indeed, films based on casinos and gambling have the power to shape an audiences’ perspective and even increase the popularity of real life land based gambling establishments. With technology evolving at a rapid rate, audiences of these types of films are even more inclined to visit online casinos as they are an accessible and easy way to play these types of games from their mobile device.