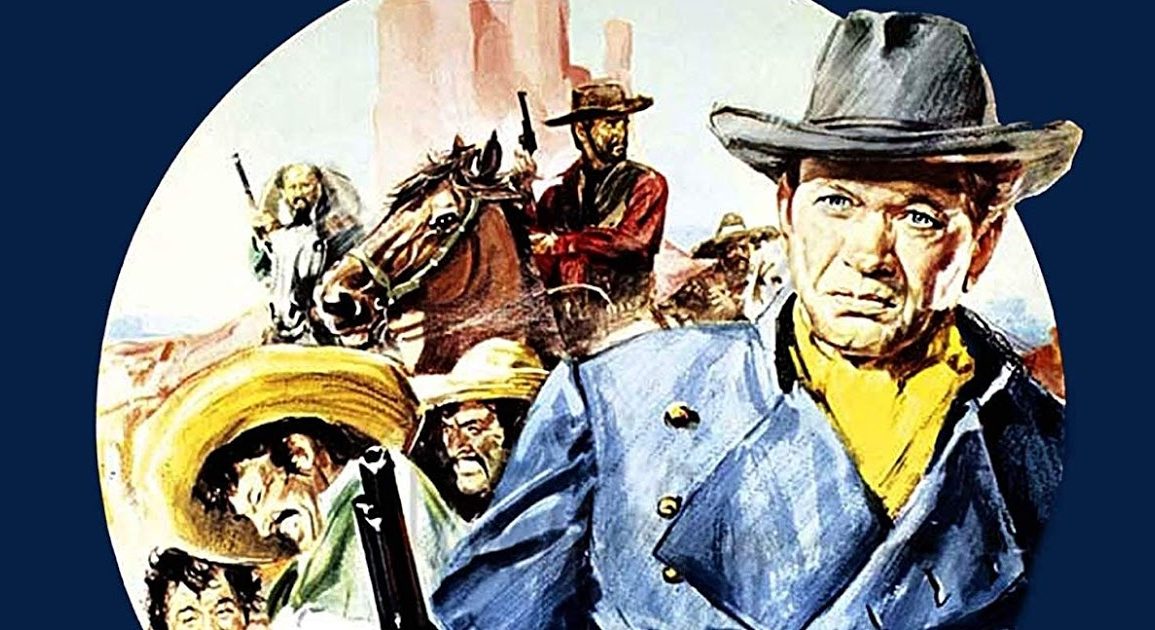 Plot: A long treacherous journey takes a doomed family of recently defeated confederate soldiers into a western wasteland of death. Another grim and unforgiving “spaghetti” western from “the other Sergio”, Corbucci the director behind such genre favorites (and movie greats) such as DJANGO (1966), NAVAJO JOE (1966) and THE GREAT SILENCE (1968).

Review: 1967’s THE HELLBENDERS follows Col. Jonas (Joseph Cotton) and his three sons, Ben, Jeff and Nat (Julian Mateos, Gino Pernice, Angel Aranda) after they massacre Union soldiers carrying more than a million and a half dollars in discarded banknotes with plans to rebuild the confederacy. To get the money back they carry it in a coffin. As a cover they use a wayward woman posing as a widow taking her deceased husband back for burial. At first they use Kitty (Maria Martin), a drunken harlot that is killed by one of the sons. Then they are forced to take on Claire (Norma Bengeli), a grifter, but also a woman of principal, she will act as the morality to this caravan of badmen.

Boasting some impressive and familiar talents of the European western, this being a Spanish-Italian production, both in front and behind the camera.Aside from Corbucci himself, we have another winning score by Ennio Morricone, ace photography from future director Enzo Barboni, co-written and produced by Albert Band and featuring cameos from genre veterans Aldo Sambrell and Al Murlock.

Their is little doubt that this one of the most impressively made “Spaghetti” western, but it is also one of the most dour movies leaving us without a substantial character to root for until Claire enters the picture at the middle point. Julian Mateos as Ben is too dull to be a capable leading man. The pacing is intentionally slow, the action is limited to quick out bursts of blood and violence. Joseph Cotton’s performance is uneven, sometimes he’s stellar, others he seems to be phoning it in.

At least the film has a short run time, nice touches, good direction and a well told story, Brazilian singer Norma Bengali is a pleasant surprise. Some consider THE HELLBENDERS to be better than it is, but it is far from being great, it is also far from being a dud.

Also known under the title “The Cruel Ones” and its original Italian I CRUDELI. The new Kino Classics Blu-ray release is remastered in 4k and is the best that I have ever seen the movie in. Extras are limited to a theatrical trailer and a commentary track by filmmaker and author Alex Cox that is a good listen.