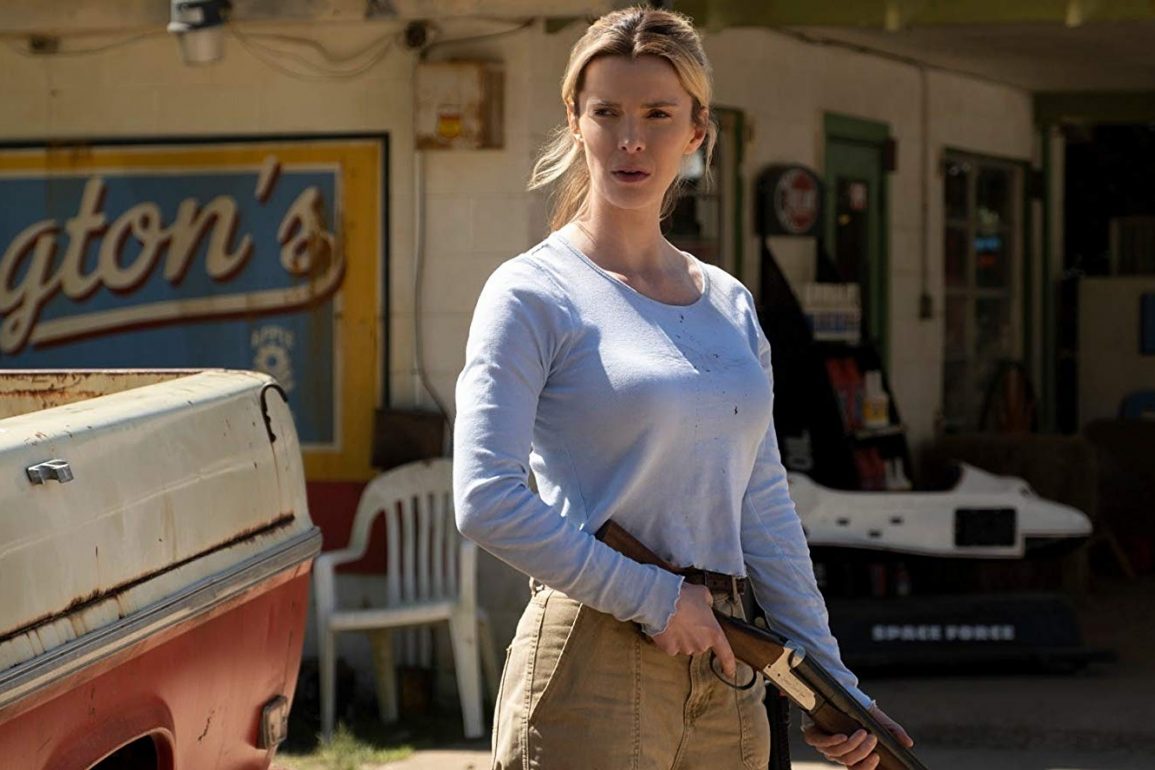 The Hunt isn’t really deserving of all the controversy so it was good to see it after it had all die down so I could enjoy it for the entertaining action picture that it was. Hilary Swank never disappoints and Betty Gilpin is a rising talent to keep an eye on. There are some enjoyable action scenes too so if you’re stuck in the house (like everyone else in the world just now) give it a watch.

Plot: Twelve strangers wake up in a clearing. They don’t know where they are — or how they got there. In the shadow of a dark internet conspiracy theory, ruthless elitists gather at a remote location to hunt humans for sport. But their master plan is about to be derailed when one of the hunted, Crystal, turns the tables on her pursuers.

Review: Before I start my review, I’ll briefly mention the controversy surrounding the film; when The Hunt was initially going to be released the reaction from people was ridiculous, and now having seen it, I feel it didn’t deserve it at all.

To me, The Hunt was a slickly made action film that didn’t pull any punches especially with the satire that they were displaying here.

The cast all did a great job as their characters particularly Hillary Swank and especially Betty Gilpin who is the standout; I’ll be honest I had never heard of her until the first trailer came out for The Hunt, but now I’ll have to check out some of the projects that she did before.

The story is pretty engaging and there’s plenty of humor that manages to work without feeling forced like certain films can nowadays. While it does have overly political moments at times, that actually didn’t both me, because I liked that it was even-minded.

The action is well done, and a lot of fun especially during one particular scene which I won’t spoil here.

Now, that’s not to say this is perfect, I do feel it’s a bit rushed in the beginning and the ending feels a little abrupt but it didn’t detract too much from the entertainment value.

Overall, The Hunt is a fun action film that has a nice balance of humor sprinkled throughout; it has a great cast, looks great visually, has a pretty decent story, and moves at a good pace. I’d recommend if you’re curious about it.