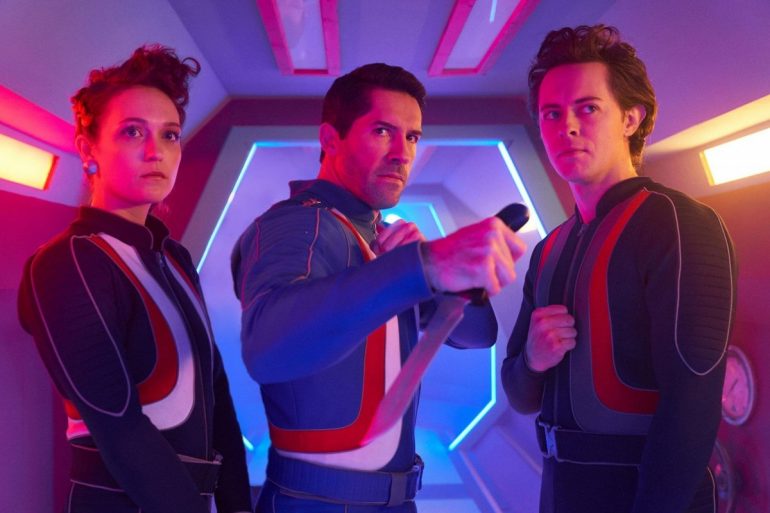 The Intergalactic Adventures of Max Cloud with Scott Adkins Has Wrapped

Just as martial arts star Scott Adkins is out in the UK with the long-awaited release of Undisputed: Fight For Freedom, the Incoming star has just finished filming his latest return to intergalactic sci-fi with The Intergalactic Adventures Of Max Cloud according to Screendaily.

Martin Owens (Let’s Be Evil, upcoming Killers Anonymous) directs from his own script written with screenwriter Sally Collet which centers on a space cruiser that crashes on a planet which happens to be home to an intergalactic prison. Adkins stars along with Tommy Flanagan (Sons Of Anarchy), actress Lashana Lynch and actors Elliot Langridge, John Hannah and Jason Maza.

UK-based financing, sales and production banner Goldfinch is shopping the film at the European Film Market beginning this week. Goldfinch also reps rights to the film in the UK and China and with rights sold to Flix365 for representation in the U.S., NZ/Australia, Germany, Austria and Japan, SPI repping internationally.

Adkins is currently in tow with a major raft of titles to start the year off as dates remain pending, including the current production of Isaac Florentine’s Seized, a possible March release of Jesse V. Johnson’s Triple Threat, and the pending releases of Avengement, Wilson Yip’s Ip Man 4 and Ernie Barbarash’s Abduction.

The martial arts star, according to City On Fire as of last week, is also circling Ascenders, in a hopeful TV move from Bleiberg Entertainment’s Ehud Bleiberg and Dance Of The Dead helmer Gregg Bishop.