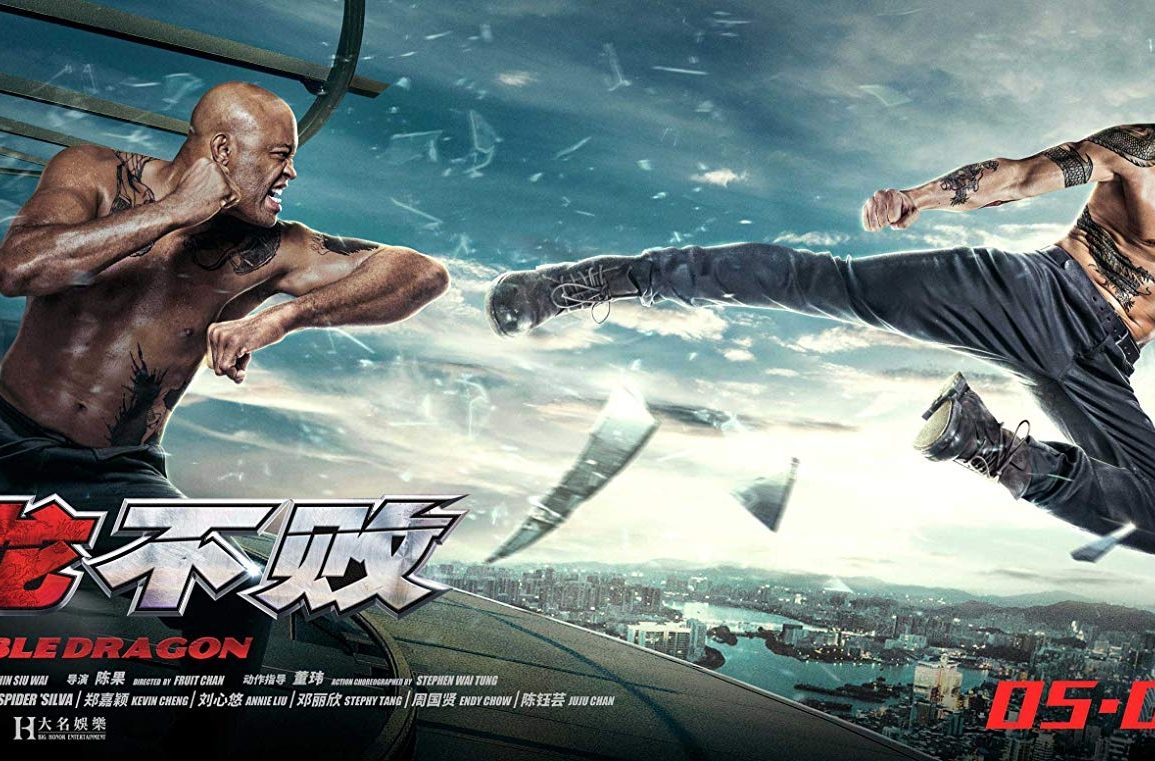 Overall, a curiosity piece. Entertaining for a lot of wrong reasons, with only brief glimpses of what a cool action star Zhang Jin really is.

Plot: An undercover agent with a dragon tattoo in Kowloon helps the police to solve mysterious cases, which made him known as a rising star. However, his impulsive personality drags him into endless troubles.

Review: Rising star Zhang Jin (Max Zhang) had already proven himself a show stealer with his roles in SPL 2: A Time for Consequences and Ip Man 3, and starring in The Brink and Master Z: The Ip Man Legacy have cemented has status as a leading man. Fruit Chan’s Invincible Dragon looked to be another opportunity for him to add something great to his filmography, but knowing Fruit Chan’s background as an arthouse director, I had remained cautiously optimistic. There’s no doubt that Chan is a talented filmmaker, having done some fantastic work on a low budget with Made in Hong Kong. Unfortunately, this type of film might not suit him, as it looks like he was given a budget but didn’t know what to do with it. Nevertheless, there are definitely moments where his talent and good eye for scenes show through.

Anybody who had seen the most recent trailers already knows about the CGI dragon, so that’s really not a spoiler. Anderson Silva seems like a great guy, but his character wasn’t threatening and the acting was laughably bad. Even though the backdrop of the finale looked cool, there was just nothing notable about the choreography in this film, and fans looking for a great matchup between Zhang and Silva will likely end up short-changed, regardless of the fact they get to throw down in two different fight scenes. Despite all of the negatives, the film still ended up to be strangely entertaining enough that it wasn’t a total disappointment.

Juju Chan impressed in Wu Assassins but here she is limited to weak choreography from the usually dependable Stephen Tung Wai and poorly written dialogue scenes. At least Zhang Jin did look suitably badass with all of the tattoos and there were a couple brief moments of slick gunplay. Still, I’d say leave Zhang’s next projects in the hands of someone like Soi Cheang or Wilson Yip again to bring the best out in him with projects that really stand out with solid stories and excellent action.