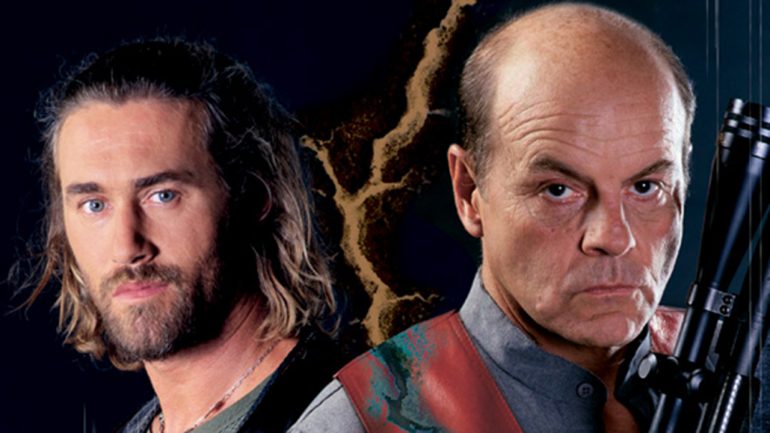 Plot: The brutal and fascinating underworld of the Triple Sixers, a powerful Canadian motorcycle gang.

Review: Sopranos knock-off my ass, this show is its own special deal from the start! I had meant to see it for sometime as many Canadian shows get acclaim but not always huge distribution here in the States and this happened to co-star always reliable character acting icon Michael Ironside. IMDb has the 2 seasons listed separately for some reason but it is very much one big two year show not two separate mini-series. The whole thing is well photographed, instantly intriguing and plausible in tone.

I’d even say it’s occasionally more daring than other shows largely due to being mainly about the substance and feel of its gimmick rather than going instantly for starpower or shocking content.

The whole thing flows fast and has lots of themes that linger in your mind after each episode. Aside from it being one of the many ‘00s era shows that was showing a criminal lifestyle mixed with cat-and-mouse thrills by law enforcement trying to nail them, it mainly is just a story of how these gangs plagued Canada so it works as a loose history piece as well after the opening titles indicating it was taken from many accounts before edited into one giant standalone story.

You can find those expensive DVDs online and I think if you want a surprising yet enticing tale that makes up for familiarity with pitch-perfect subtext and a welcome partially complex criminal study, buyers of the discs will eat this one right up!