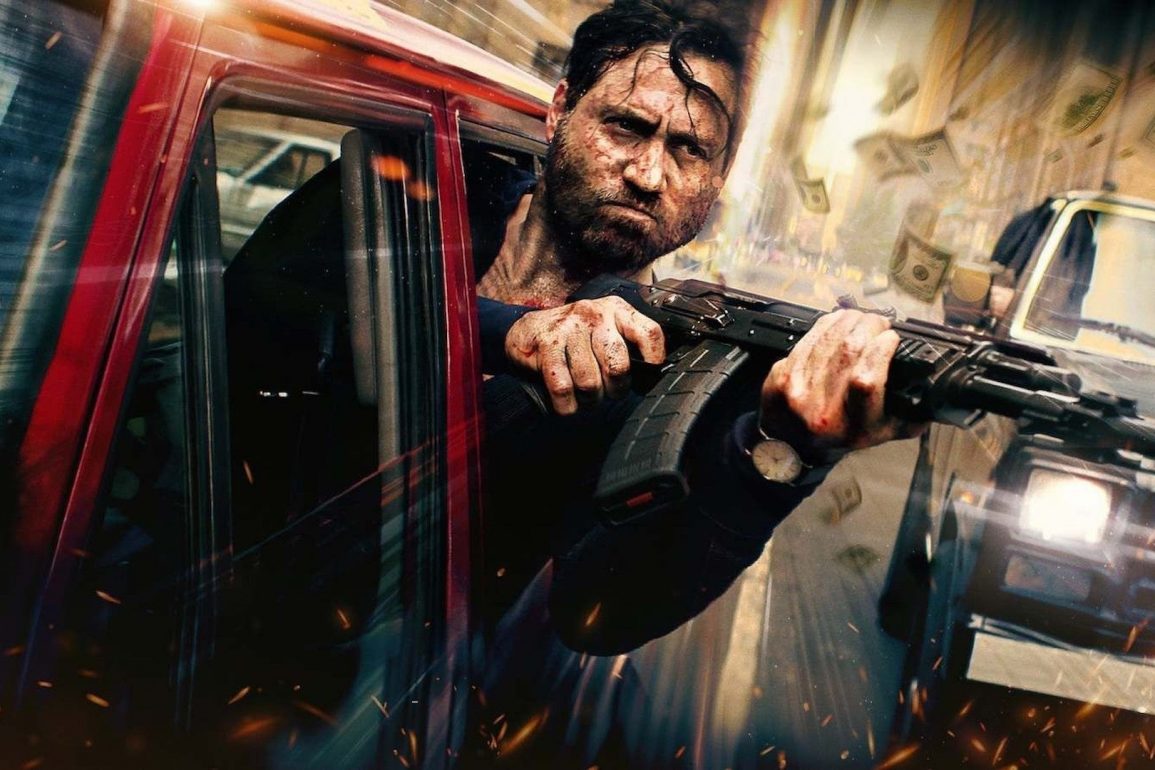 Hardly as unwatchable as the critics claimed and rushed out during a terrible year by the always careless Netflix studio, this film is still a misfire for all cast and crew involved due to the uneven structure and pacing.

Plot: In the not-too-distant future, as a final response to terrorism and crime, the U.S. government plans to broadcast a signal making it impossible for anyone to knowingly commit unlawful acts. Meanwhile, Graham Bricke (Edgar Ramirez, Carlos the Jackal mini-series), a failed career criminal, gets caught up in a scheme with a femme fatale and her deadly boyfriend to commit the heist of the century. They’ll have to beat other criminals, themselves and the clock before the signal turns on.

Review: This was clearly going to be a mixed bag given how that’s the cast and crew’s careers in a nutshell. Ramirez has shown himself to be an underrated talent in films like Che, Greetings to the Devil, Vantage Point and The Bourne Ultimatum and should have a bigger career by now but doesn’t. Olivier Megaton comes from the Luc Besson school and has often been criticized for his flashy, sped up action scenes despite having lots of gory shoot-outs, moody interrogations and in-your-face explosions but he can never seem to elevate formulaic material. I thought he did alright with the serial killer film Exit but barely got by with the Taken sequels while being unable to do anything with dreadful Colombiana, Brick Mansions and Transporter 3. He’s another music video type stylist who needs to either remain as the 2nd unit filming guru or just be given something far more simple but he’s definitely not Uwe Boll or Roland Emmerich, just a C-student who needs a study group. The script writer is another guy who varies by project: Karl Gajdusek. I liked his films and shows Dead Like Me, Last Resort and The November Man but loathed Stranger Things, Oblivion and Trespass. The gimmick-driven premise is based on a comic book by the guys who did Deadly Class. I never read said graphic novel but I did witness the TV show adaptation of Deadly Class and it was a chore to get thru.

We haven’t even talked about the plot but like other reviews have noted, the plot wanders much like the characters literally do through the post-apocalyptic streets and it’s essentially a forgettable mash-up of The Purge and Ocean’s 11 type premises. Despite some well-done explosions and shoot-outs, they come too late in the day to care and could’ve easily used some Tony Scott/Michael Bay-level over-the-top moments to lighten things up and it never grabs your attention from the start so you never really care from the get-go. Edgar does fine in the lead role but his character’s reactions are cut down by the sci-fi setting being not well-balanced with the heist and overall development. I don’t even remember the female lead but it was wild to see that the often lifeless Michael Pitt wasn’t an issue for once so that’s a pleasant surprise there for once. Had some better editing and a rewrite taken place, this could’ve been the next District 13 or Bronx Warriors worthy blockbuster but it couldn’t even lower itself to even reasonable laid-back standards so as a result this just feels like a careless, unfinished film running on autopilot. Fortunately, it’s forgettable so no one will likely remember it. I’ll give the cast a “get out of jail free” card this go-around. Just don’t do what the crappy people in this movie do which is repeat history as there’s already enough of that happening in real life.