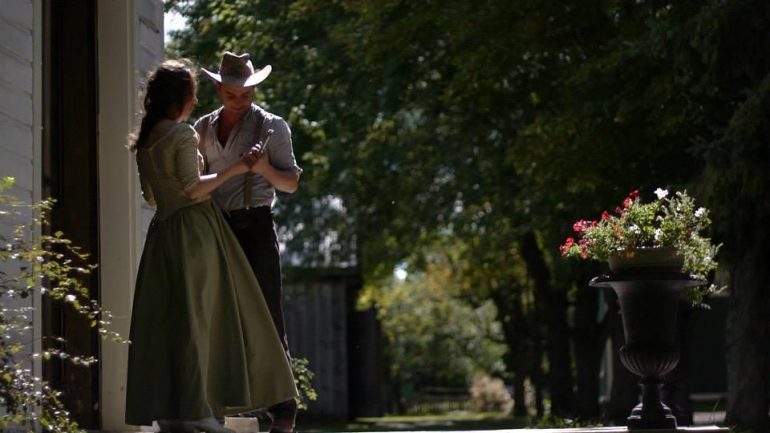 Another non-budget Western that isn’t able to entertain in any area.

Review:Low-budget films are misunderstood by many as well as ranging in quality based both on the expectations it poses and how forgiving the viewer truly is. I have seen plenty of reasonable entertaining indie films be restricted by their expenses but still came out okay and rather entertained wether it was lacking decent lighting, actors, editing or effects.

Enter Brett Kelly who I had to see why he was one of several filmmakers on IMDb listed as worst filmmakers of all time. Fred Olen Ray and Jim Wynorski have films with a 2/10 star rating but they’re often campy, intentionally dumb, hackneyed or a self-aware disaster. Brett had worked on a few of those Skinemax late-night comedies but he had also done truly wretched spoofs like Raiders of the Lost Shark which you can tell is even worse when SyFy Channel won’t even air it. I know nothing about Brett so I won’t pretend I know what he truly does, how he works and so on. But it’s evident that he’s not spoofing anything here and tried to make a legit, serious Western. I can always respect any filmmaker that tries something different, if not new.

Here we have a different kind of film by Kelly that despite looking and sounding like a student film due to its inconsistent camera speeds, all-over-the-place audio and usually shoddy outdoor lighting. So let’s simply say the technical aspects have no chance in Hell in pleasing anyone, even the most easy-going Western lover. So does the story or action at least compel to make one want to give thus a discounted buy or rent? No with a capital “N,” it won’t. The whole story is explained and given all away at the start, more mysteries are posed without foreshadowing, the actors including (the otherwise often solid) co-star Michael Paré deliver their lines in seemingly one-take and the characters are all introduced without any development or connection to each other.

There’s no reason to care but there’s definitely no way anyone’s going to sit through this without popping it out of the player or fast-forwarding. Lesser budgeted Westerns like 2012’s Gunfight at Yuma had more heart, made use of their featured B-movie star (Joe Estevez in that particular case) and a coherent feel to them despite being too limited. I have been one of many idiots who bought those discounyed DTV Westerns by Barnholtz Ent. that often starred the likes of David Carradine and Michael Madsen. Those were far more cruddy due to also having wretched scenery, gaffing and too many undeveloped subplots forced upon one. But they also had some effort despite being trite by making use of the featured actors, some okay camera angles and even including a far more entertaining commentary track. This promised Michael Paré holding a gun but instead he’s seen reminiscing about what we already saw. Some of the camera shots get okay as the film moves on but the average joe will already be overwhelmed by the junk they were force-fed prior. Even if director/writer Kelly had been to film school, you wouldn’t know it given how it violated every screenwriting principle in the book. A story can be predictable or even have a loose narrative. Dialogue doesn’t have to be Shakespeare but it makes sense to never explain everything away altogether. Here, the film just sped on in terms of explaining while having poor transitions to reenactments and it felt as slow as molasses in every other scene so that any average person’s attention will shift immediately due to never caring, being confused or just wanting this movie (which deserves not to be called such) to climax already.

It can be streamed for free on IMDb TV and found at every other Walmart discount DVD bin so unless you want more material to fill a landfill, you are better off watching it on your IMDb phone app or via computer there. But you will be finding it a rough sit for bad movie lovers or Paré fans as there’s merely nothing amusing to poke fun of and the beloved actor isn’t well-used either. There were only three commercial breaks on the app and it still felt like starving in a desert could’ve been more fun.