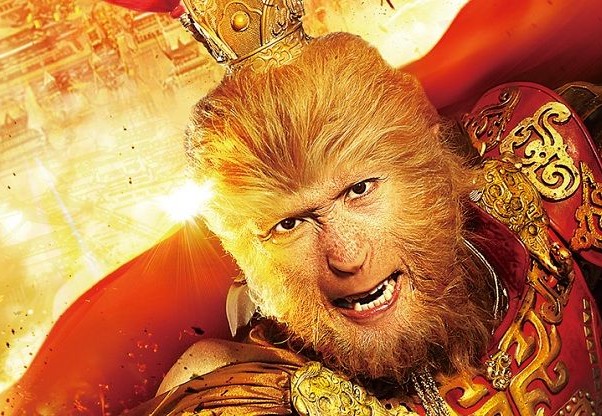 All in all, I recommend checking it out if you love action/fantasy movies and if you are a Donnie Yen fan. If you love to look at movies and you can ignore the overuse of CGI then I think you’ll love it.

Review: The Monkey King is a fantasy action film based on the Chinese literary classic Journey to the West. The plot revolves around Sun Wukong (aka the Monkey King) and his adventures in heaven. The movie stars Donnie Yen as the Monkey King, Chow Yun-Fat as the Jade Emperor and Aaron Kwok as the Bull Demon King.

This was a pretty kick ass movie! Yes it is aimed at a younger audience and it’s basically a cartoon with live actors, but it still delivers some crazy action and some really cool looking characters and locations. Keep in mind it’s all CGI and that may turn off some viewers, especially if you are expecting reality based marital arts instead of wire-work fantasy action. But if you can turn your brain off a bit and just appreciate the movie for what it is, then you will have a blast.

The story is basic, the Monkey King is born and obtains super powers and then runs around acting crazy and destroying stuff. His activities may come across as annoying, but remember, he is a monkey! Throughout all his mischief you still get a sense that he is a good person and he doesn’t come off as a jackass. That is probably thanks to Donnie Yen, who I just love, and he really does a great job of portraying the Monkey King. The last Monkey King I saw was Jet Li in The Forbidden Kingdom. Jet Li was also good in the role, but this movie takes it to the extreme.

Chow Yun-Fat is amazing as usual and even though he doesn’t do a lot of “acting” in this movie, he just looks cool! Aaron Kwok is another favorite of mine and he is wicked as the Bull Demon!

The last 20 minutes are full of action like you have never seen. Think of Lord of the Rings but in Heaven! All the visuals are amazing, but keep in mind this is HEAVY CGI. It’s very bright and colorful so you will feel as though you have been transported to a new world. Some of the effects aren’t the best and the overuse of CGI can be a bit distracting, but I really can’t figure out any other way to tell this story without using CGI. It would cost hundreds of millions to try and do it with practical effects. Even then you would have to throw some CGI in there. So I feel the CGI adds to the mystical elements of the movie and doesn’t turn me off.

The only real negative would be that the plot was a bit confusing to follow. That could be the result of the subtitles though; then again the plot is simple enough that you can figure out what is happening anyway, so you won’t be confused for long. The movie could also have been 10 minutes shorter in order to spare our eyes the overload of color and action. But again, this is a minor point.

All in all, I recommend checking it out if you love action/fantasy movies and if you are a Donnie Yen fan. If you love to look at movies and you can ignore the overuse of CGI then I think you’ll love it. Also at one point there is an army of Monkey King’s battling an enormous dragon in the sky! You cannot go wrong there!