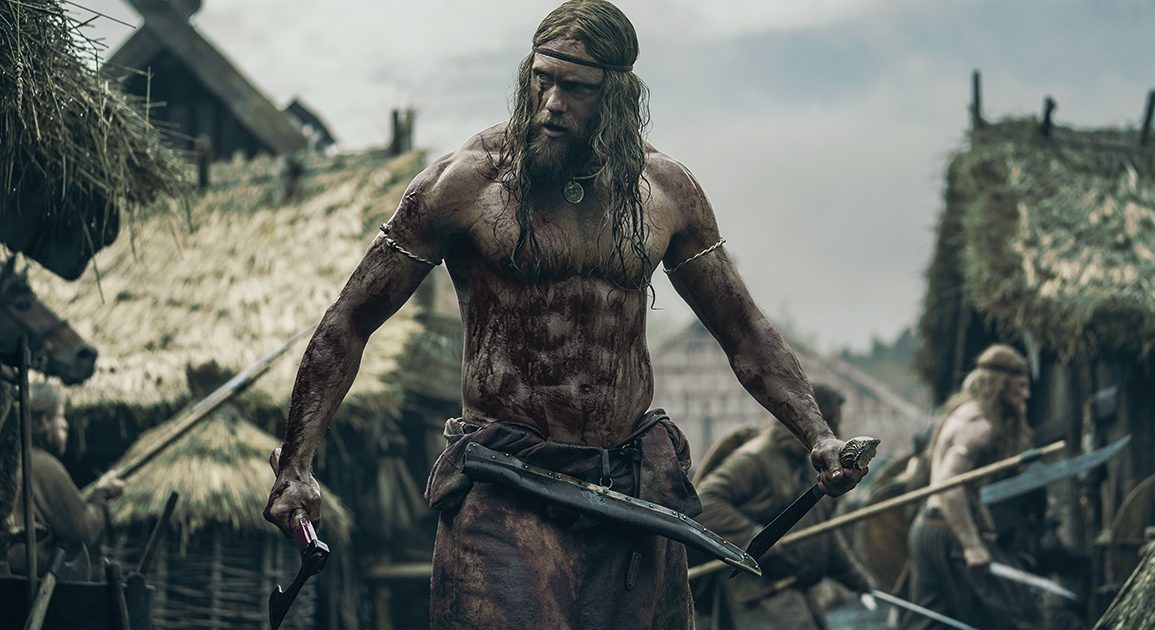 Northman is a movie I didn’t know I needed in my life until I sat down in the theater and was transported through time to a place shrouded in mysticism and sheer brutality. Director Robert Eggers found a way to bring the past to us in its most visual and visceral form and as far as I’m concerned Alexander Skarsgård needs to be the next great action star due to his pure animalistic presence on screen. While not an “action” movie in the literal sense even the staunchest fan will be able to appreciate the fight choreography and how the world they built becomes just as much of a character as any actor on the screen. This is a must see for anyone who considers themselves a fan of cinema.

Plot: Prince Amleth is on the verge of becoming a man when his father is brutally murdered by his uncle, who kidnaps the boy’s mother. Two decades later, Amleth is now a Viking who raids Slavic villages. He soon meets a seeress who reminds him of his vow — save his mother, kill his uncle, avenge his father.

Review: Let me start by saying this is not at all what I expected when going to a movie about Vikings which I assumed would be similar to the TV show by the same name or the numerus knockoffs on most streaming services. No, what I was treated to was a film that grabbed me the instant it started and Odin himself would not have been able to tear my gaze away from the screen. Robert Eggers has brought Norse lore to life in a way that I don’t think anyone has been able to depict on screen, nor likely to surpass anytime soon. Now admittedly I haven’t paid much attention to some of his earlier work as most films he’s done has greatly divided fans no matter the genre, but after watching Northman I find myself curious to his earlier works and maybe I will have a different perspective while watching them.

The film is very loosely based on the early Norse story of Amleth, a Viking prince who swears vengeance for his Father’s murder which he witnesses as a child and barely escapes his own death. After his escape we find Amleth played by Alexander Skarsgård as an adult who has become a living weapon known as a Berserker at the peak of physical performance. Skarsgård appears to have morphed his body and appearance in this role as he commands your attention anytime Amleth is on the screen, he makes you feel the hate and revenge as though its running through his veins and pouring out his skin. Combined with Eggers mastery of One-Shot scenes and the brutal fast paced choreography lends itself to the pure adrenalin rush you feel as you watch the action before you.

To balance this story Eggers gives us a beautiful blend of light and darkness as the story unfolds, none of the scenes filmed inside of huts or caves have a fake lighting feel we’ve become accustomed to. Instead, we are shown only what he chooses to show us through the use of fire lit torches or the ambient light of the moon, giving us a truer representation of life without the comfort we know. The darkness also enhances an aspect of this film I feel no one will be prepared for and that is the pure mysticism and ritual the Director has woven into the story, with an almost hallucinogenic effect on the viewer to where we’re never sure if what we are seeing is reality. This will be the most dividing opinion viewers will have as to whether the depiction of rituals detracted from the film or enhanced it, I will choose my side now and say the impact those scenes had were integral to the story and elevated it to a place most movies could never reach.

Now the other side of the coin, the Light, the expansive landscape and how it was shot makes the background as important if not more to the story than the characters themselves. Egger’s vision and how he keeps your focus exactly where he wants it is a talent some only hope to have, his ability to fill the screen with a backdrop worthy of Norse imagery while not letting you feel as though you’re missing anything yet wanting to watch it again just in case you didn’t appreciate enough.  He also manages to bring a light along side Amleth by giving us the almost ethereal Anya Taylor-Joy as Olga; her presence on screen is almost glowing with platinum blonde hair and porcelain skin, she is the perfect embodiment of a warrior woman mixed with a lady of the woods. She brings a softness needed in a film that is anything but, and has the ability to stand shoulder to shoulder with the likes of Skarsgård in his most primal form with the purest ability to calm the beast yet still letting the viewer know she is not to be underestimated.

The final act of the film completes the circle for Amleth although not without twists and questions as to who’s the actual hero and who the villain truly is, for Amleth as well as the viewer. Eggers creates one of the most incredible final fights I’ve witness on the big screen in quite some time; his use of the landscape mixed with the terrain plus the absolute raw power he makes us feel in the final showdown should give any action fan the satisfaction one would expect from a Norse Viking Saga.  So go into this film not expecting run of the mill sword play but instead let it expand your appreciation for great story telling and quality brutal action over the mundane quantity Hollywood expects us to endure.