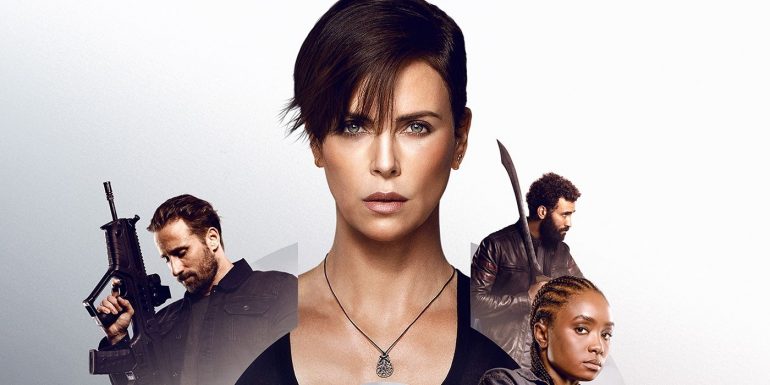 The Old Guard lays the groundwork for a potential franchise but I don’t think it needs one; this will have its fans but I found it really sagged in the middle and the main villain just wasn’t all that exciting. There’s not much else coming out soon and it’s on Netflix now so there are worse ways to spend your Saturday night.

Plot: A covert team of immortal mercenaries are suddenly exposed and must now fight to keep their identity a secret just as an unexpected new member is discovered.

Review: When the trailer for The Old Guard came out, I wasn’t overly impressed with it at all but sometimes trailers for certain films can make them look bad. So I decided to give this a chance to see if that’s the case.

Well, to me this was more of a mixed bag so I figured I’d start with what I liked about it first.

Most of the cast do a solid job with their characters, particularly Charlize Theron and Kiki Layne being the standouts.

The action is well done and there’s not a lot of quick cuts or shaky cam which always helps.

I do appreciate this movie actually trying to have character development particularly with Theron and Layne, compared to certain films that don’t try at all and give us action just for the sake of it.

Now for the negatives; I found the pacing is rather sluggish at times, particularly towards the middle of the film where you really start to feel it drag.

I also thought Veronica Ngo is wasted in a role that doesn’t give her a chance to shine at all and she deserved better.

Our villain is completely generic; there’s nothing of interest in this character and he’s only there to spout out cliche lines that we’ve heard before.

The cinematography is very murky, almost looking more like a tv show and not like an actual movie; that’s the case with quite a few films nowadays and it’s something I just don’t understand.

Overall, The Old Guard is a mixed bag of a film that has some good performances, decent action, and has some characters that you do care about, but is let down by its pacing, murky Cinematography, and lacks an interesting villain.