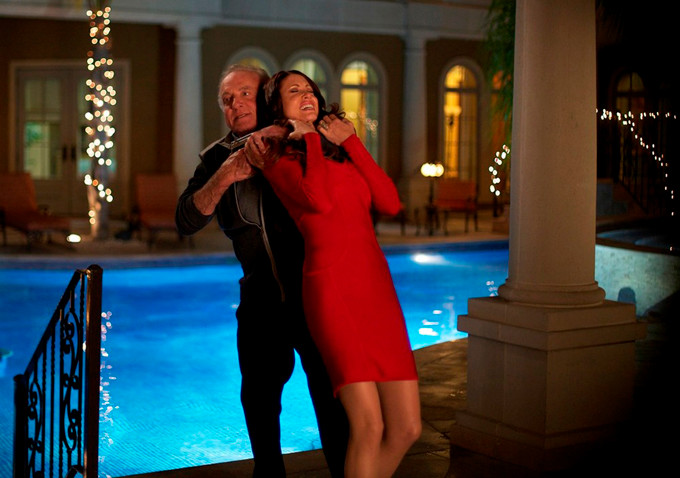 This movie suffers from some slow scenes and missed opportunities. If you are looking for a decent action movie to kill some time, you could do worse than The Outsider but you may want to wait for Miller’s next film Vice.

Plot: Recalled from the battlefields of Afghanistan to identify the remains of his daughter, British mercenary Lex Walker arrives in Los Angeles to find that the body in the morgue belongs to a stranger. With his daughter now missing, Walker convinces a street-wise detective that his daughter is still alive and in danger. The two follow a trail of high-tech intrigue that leads them to his daughter’s former boss, a crooked cyber-millionaire who will do whatever it takes to protect his empire – including taking down anyone who gets in his way.

Review: Having recently reviewed The Prince, I thought I would check out Brian A Miller’s previous film The Outsider. This is basically The Limey, with a splash of Taken, and an ounce of Commando. Unfortunately, all of those elements combined here do not make for a great movie. It is not that it’s a bad movie, it just doesn’t really live up to its potential. Based on the cover art you would be wise to assume this is a Jason Patric film, but alas he is relegated to third banana and the heavy lifting is left to Brit hard man Craig Fairbrass.

Fairbrass does a decent enough job in the role of Lex Walker, but for a father who is desperately searching for his daughter, his portrayal is lacking some emotion. Yes, he is big and tough and hands out beatings to anyone who gets in his way, but he comes across too low-key and is missing the immediacy that Liam Neeson showed when tracking down his offspring.

James Caan is the head bad guy “Schuuster” who doesn’t have a lot to do in the film but hand out a few menacing lines and flirt with escorts. In some ways he channels the role he played in Eraser. Just a bad guy with no regard for anyone but himself.

American Pie’s Shannon Elizabeth plays the bar hostess with a heart of gold, who agrees (for a fee) to help Walker find his daughter. Considering that once she teams up with Walker they locate his daughter about four minutes later, her role is really only needed so she can join the team and play an escort later on.

It was nice to see Johnny Messner take a turn at being a ‘regular’ guy and not the usual tough guy role we are used to seeing him in. With the glasses he sports, he is barely recognizable here.

Once again, like The Prince, this film is really about Jason Patric. Even in a smaller role, he brings a certain gravitas to the character of “Klein”, an experienced police detective who brings himself to believe Walker’s story. It is unfortunate he did not have a larger presence in the film because he always delivers the goods no matter what role he plays.

Overall this movie suffers from some slow scenes and missed opportunities. If you are looking for a decent action movie to kill some time, you could do worse than The Outsider but you may want to wait for Miller’s next film Vice.  It is clear that he is becoming an action director to watch and with each film is finding his style.