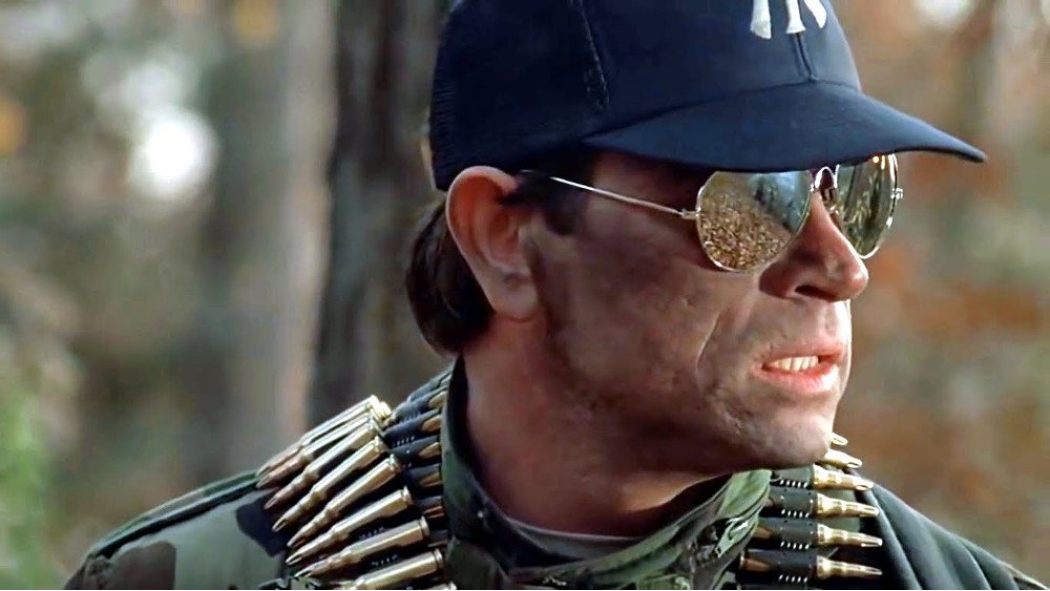 The Park is Mine (1985) Kino Lorber Blu-ray Review

The Park is Mine is a pretty strong little actioner with a convincing Tommy Lee Jones in the lead role.

Plot: A Vietnam vet takes forceful control of Central Park to remember those who served and died in the Vietnam War.

Review: After his closest friend – a Vietnam vet – commits suicide, fellow vet Mitch (Tommy Lee Jones) takes a good look at his going-nowhere life and decides to follow in his friend’s footsteps and undertake an impossible plan: To use a stockpile of weapons and explosives and “take” Central Park by force. Over the course of several weeks, Mitch plants bombs all over the park, setting up an elaborate show for the media, as he intends on using his sway over the park as a statement for how he feels about being a veteran and a lower class citizen. At first he doesn’t intend on hurting anybody, but after he makes his threats and makes good on them, the city comes in to get him, not realizing he’s a force to be reckoned with. A sympathetic police captain (played by Yaphet Kotto) tries to hold back his men as much as possible, but when the corrupt politicos of New York hire outside help (mercenaries) to go in and eliminate Mitch, blood is spilled as Mitch is forced to defend his life as well as the life of an intrepid reporter (played by Helen Shaver), who gets caught in the crossfire.

Long unavailable on any digital format, The Park is Mine is a pretty strong little actioner with a convincing Tommy Lee Jones in the lead role. It’s a pretty hopeless situation his character gets himself into, but a guy like him – who really has nothing to lose – is easy to side with because he’s clearly been beaten down by life and has been cast off by society. Tangerine Dream provides an incredibly appealing synth score that boosters the film immensely. Without their score, the movie wouldn’t be as good. From director Steven Hillard Stern, and from the novel by Stephen Peters.

Kino Lorber has resurrected this fine gem of a film. For decades, this movie was only available on VHS, and so for Kino to give this film the HD treatment is a true testament to their fortitude as a film distributor. This was just released as part of Kino’s Studio Classics series, and special features include a newly recorded audio commentary by film historian Nathaniel Thompson, and a trailer gallery.