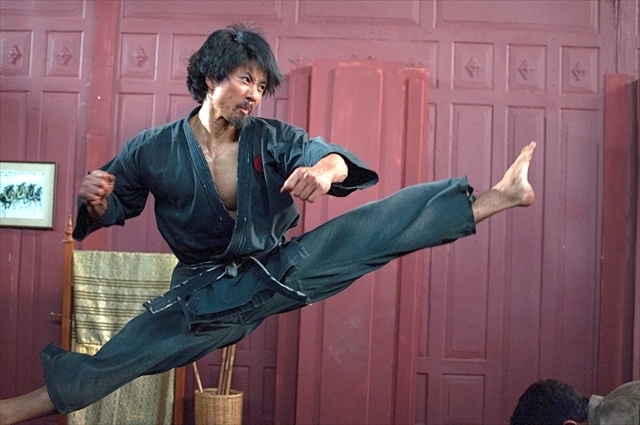 I can report that actor and martial arts star Kane Kosugi will star in The Rider from director Wych Kaosayananda (Ballistic: Ecks Vs. Sever, Zero Tolerance). The film is currently in development, and takes place in the same universe as Kaosayananda’s two upcoming action horrors, Dead Earth with Milena Gorum and Alice Tantayanon, and Mark Dacascos starrer, The Driver.

Character details are scant while it is known that he’ll play a dual sword-wielding zombie slayer, storied in the events prior to Dead Earth – That film stars Alice Tantayanon and Milena Gorum and is expected to arrive either later this year or early next.

“Script is ready. Kane is ready. I’m ready. It all depends on how these first two movies are received.” says Kaosayananda who also discussed in a new interview at Film Combat Syndicate on Monday. He also emphasized how production costs factored in the planning of the film to complete his horror trilogy.

“…The whole goal was to make three very different movies set in the same world. Unfortunately the reason why The Rider isn’t made yet may be the reason why it’s probably the easiest sell. It’s non-stop action from start to finish which is why it was impossible to do on these budgets.”