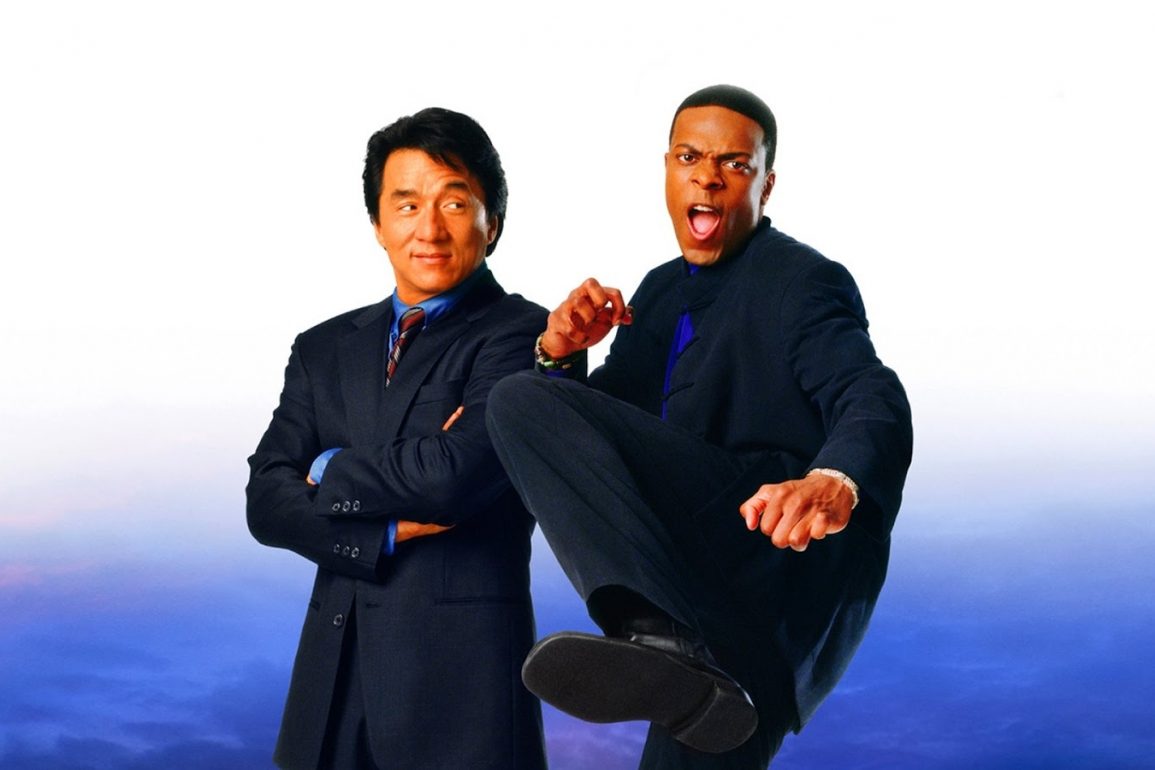 The Rush Hour Trilogy: 3 Reasons Why You Should Watch It Today

Rush Hour remains one of the most unique and entertaining buddy-cop series to date. Marred only by a worn framework and vague exposition, the trilogy endures with an irresistible cast, ludicrously dangerous stunts, and perfectly timed stereotype satire. You’d be hard pressed to find a duo with more humor and heart than Jackie Chan’s Inspector Lee and Christ Tucker’s Detective Carter.

Haven’t there been other action movies that have come out since then that I can watch? The short answer: not like this. Sure, there’s no CGI and, no, it’s not Marvel, but these qualities make the franchise unique in today’s over-budgeted films.

The plot follows two law enforcement agents –Detective Inspector Lee of the Hong Kong Police Force (Jackie Chan) and LAPD Detective James Carter (Chris Tucker)– teaming up to locate the kidnapped daughter of the Chinese Consul in Los Angeles. The films take audiences through a familiar plot but with completely unique spins. The action is real, there’s topical humor, and it offers audiences a look back at buddy-cop films that are unique to what you might see today (i.e. Hobbs & Shaw, the television Lethal Weapon reboot, and Bright).

Here, we’ll focus on three aspects that make this series worth your time: First, the combination of Jackie Chan and Chris Tucker make for an unforgettable duo. The two hail from starkly different cinematic backgrounds that offer an unexpected complimentary ensemble. Second, you get the visceral and seemingly improvised action of Chan intercut with the comedic style of Tucker. When one’s physical comedy starts blending with the other’s dexterous standup routine, the film provides a range of tactics to make the audience laugh out loud. Third, the films’ comedy is diverse … in more ways than one. Primarily, they satirize racial stereotypes in Hollywood as writers Ross Lamanna and Jeff Nathanson utilize their characters’ identities to offer a fresh take on stereotypes housed in a buddy-cop framework. But the humor doesn’t stop there. They use physical comedy in action scenes, situational misunderstandings, and up the cringe factor to 11 if need be. Together, the characters, action, and racial discourse in the films make for a truly entertaining and uplifting cinematic experience.

Unlike other buddy-cop films that pair a by-the-books personality with a rulebreaker, Rush Hour takes full advantage of Jackie Chan and Chris Tucker’s multi-talented personalities. Chan plays Inspector Lee of the Hong Kong Police Force who is responsible, dedicated to his job, and proficient in martial arts. Opposite, Tucker’s Detective Carter is an FBI wannabe working as a policeman in Los Angeles who charges into conflict with gusto and playfulness. His charisma helps him hang on to his job by the skin of his teeth. Where Lee isn’t familiar with Los Angeles culture, Carter is able to use his connections to get information. When Carter finds himself hilariously outmanned, Lee helps him fight out of any situation. Though it takes a while for the characters to respect each other’s strengths, they quickly come together when the stakes are high.

Additionally, the actors are believable and effective. The emotional moments are as grounded as the comedic moments are real and embarrassing. The actors’ talent and palpable affection towards one another make for a solid core to the franchise. Add some memorable side characters like the disgruntled taxicab driver, George (Yvan Attal), a French nun (Dana Ivy) who knows how to interrogate an assassin, a quadruple agent (Roselyn Sanchez), a giant (Sun Mingming), and a restaurant owner doubling as the host of a gambling ring (Don Cheadle), and you’ve got yourself a roster of timeless comedic performances.

If you’re familiar with Jackie Chan, then you know his action sequences are the real deal. Spanning three films, you’ll see him acrobatically protect museum pieces while staving off a flurry of fighters, scale bamboo scaffolding on the side of a high-rise, and wield a Katana on the side of the Eiffel Tower. When Tucker’s character is often left admiring Lee mid-fight, you might be wondering if the camera caught an honest reaction.

Chan flourishes martial arts styles such as Hapkido, Karate, Judo, TaeKwonDo, and Jeet Kun Do, weaving them into the story with expertise. What really makes Chan stand out is how he incorporates the environment into the action. He uses common objects like rugs, trash cans, hats, and chairs, but also explosive vests and casino tables to gain the upper hand in his fights. Throughout the trilogy, you can see Tucker learning from Chan’s resourceful fighting technique.

One of the best action sequences occurs in the middle of Rush Hour 2. Throughout the film, Lee sidelines Carter’s initiative to go on vacation in order to solve a new case. After spending some time in a massage parlor, Carter runs into the main antagonist, Ricky Tan (John Lone), and destroys his laptop in characteristically bombastic fashion. Unthreatened, Tan leaves while Lee and Carter defend themselves against an army of fighters in pink and purple bathrobes. The two detectives, now both proficient in martial arts, battle their way through the henchmen wearing nothing but towels.

These kinds of sequences are typical for the Rush Hour films and are interrupted by short bouts of exposition and hilarious investigation tactics. While the two sequels were released in the 2000’s, the 90’s-style kung fu remains a timeless staple throughout the entire series.

Rush Hour takes full advantage of a plethora of comedy types. With physical comedy, situational humor, satire, and cringey moments that make it so you can’t look away, the trilogy is worth watching for the laughs alone.

A lot of the physical humor can be seen when Lee is in a high stakes situation and Carter is there barely keeping up. In one instance, they’re hanging on a highway banister as an incoming truck barrels toward them. Lee reacts by running against its frame while Carter screams and is tossed around before collapsing to the floor.

Situational misunderstandings are also commonly revisited by the series. On most occasions, Lee has set up some elaborate plan to conduct his detective work in secret, but Carter blows the operation by barging out into the middle of a karaoke bar or attempting to seduce one of the villains by accident.

In terms of the cringey humor, allow us to submit this example from when Carter impatiently interrogates an elderly dojo master in Rush Hour 3:

Carter: We’ll be asking the questions old man. Who are you?

Carter: Just answer the damn questions! Who are you?

Master Yu: I have told you.

Carter: Are you deaf?

Master Yu: No, you is blind

Carter: I’m not blind. You blind.

Master Yu: That is what I just said.

Carter: You just said what?

Carter: That’s what I’m asking you!

Master Yu: And you is answering!

Despite the amalgam of comedic approaches, the film is probably most unique for featuring a bi-racial duo as the centerpiece of a Hollywood comedy-action film. Rush Hour hubs its humor around racial stereotypes. That’s not an all-encompassing “bad” thing.

Racial stereotypes are Chris Tucker’s comedic bread and butter, and he pulls Jackie Chan into the fold seamlessly. While they both lean into stereotypes long established in film, they’re able to undercut any of the negativity. Like in Rush Hour 3, when Lee and Carter visit a dojo to find information about a potential killer. Before they enter, Carter makes a joke about how Lee isn’t tall enough to be Black. However, Carter enters the room to face a massive 7’9” Asian adversary. The filmmakers proceed to use an over the shoulder shot to make Carter look tiny and fearful, crushing his negative stereotype with a memorable fight sequence.

Mostly, the films deliver positive aspects of diverse representation. Lee and Carter rely on each other and adopt one another’s food choices, candor, music, fighting styles, and cultures. These tactics are developed over the course of three films as part of their character arcs, so the narrative serves to provide positive changes to Hollywood’s harmful tropes. Rush Hour highlights the differences that make each character unique and breaks down negative stereotypes to show a celebration of diverse cultures. It’s what you want to see.

We Hope You Enjoy!

Especially in this time of COVID we recommend binging Rush Hour with some local Chinese takeout, Soul Food, and a side of gefilte fish (stay for the films’ credits) to help local businesses hurt by the pandemic.