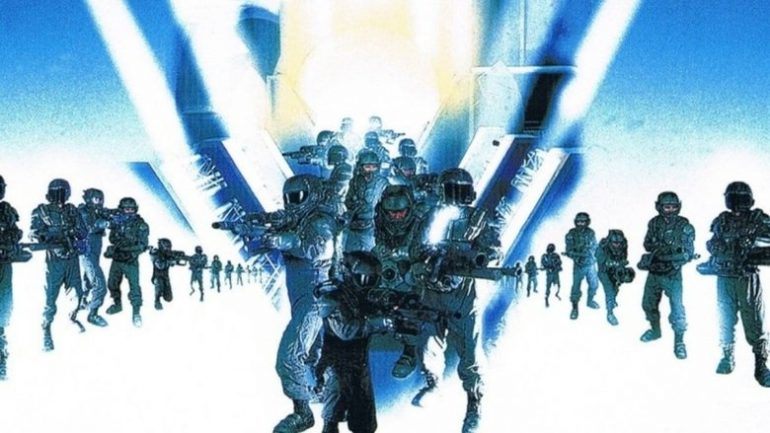 The Silencers is another fun PM Entertainment movie with Jack Scalia proving a badass lead and no shortage of quality action scenes.

Plot: A U.S. Senator is assassinated by Men in Black, a mysterious organization which suppresses all knowledge about UFOs. Agent Rafferty from the U.S. Secret Service will confront them and discover the sinister truth. The only person that can help him comes from another world.

Review: The Silencers was one of the few PM Entertainment films that I didn’t get to see, but I finally got a chance to watch it recently, and I’m glad I did as this is easily one of my favorites from them!

The cast for the most part do a decent job for what they have to work with, but our main leads are the ones who easily steal the show; both Jack Scalia and Dennis Christopher have great chemistry with each other, which is very reminiscent of The Hidden.

The action has your typical PM tropes; there’s plenty of car chases, explosions, and shootouts, but they are great, especially the first car chase and shootout.

The story works for what it is; there’s elements of The Hidden (like I mentioned earlier), but they don’t try to completely rip that off.

The film moves at a brisk pace and there’s never a dull moment on screen. My only gripe is with Clarence Williams III (who I didn’t even realize was in this until his name popped up on the opening credits) being wasted, but that’s about it.

Overall, The Silencers is a fun PM Entertainment flick that has some great action, a serviceable story, is well directed, has two leads that have good chemistry, and moves at a relatively decent pace. Definitely check it out if you haven’t seen this, you won’t regret it!