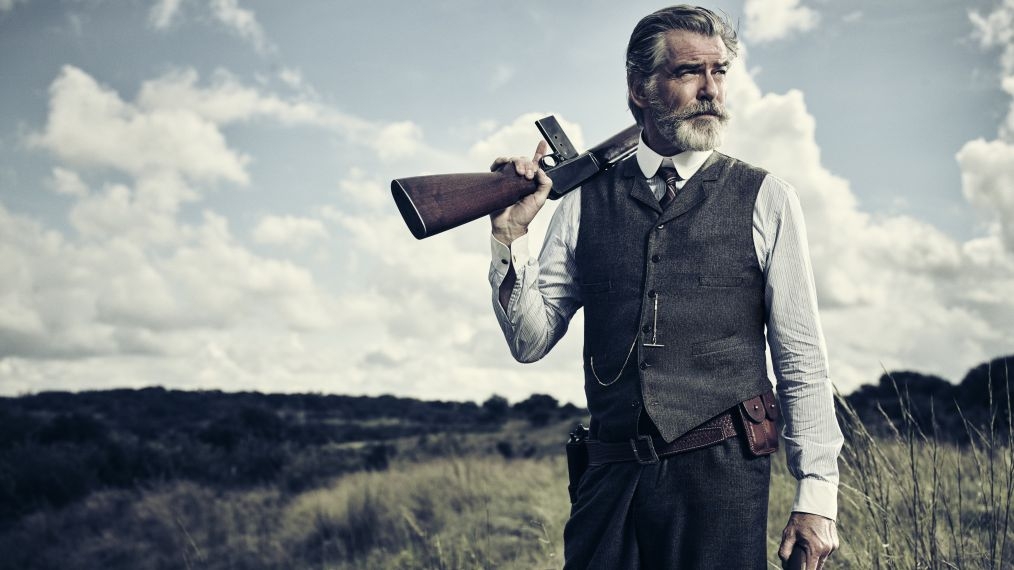 A rather dull mash-up of tired cliches and lousy pacing kill this Western before it’s even to the finish line.

Plot: Raised back in 1849 and the survivor of frontier Comanche attacks, , we cut to Texas in 1915 where familyman Eli McCullough (Pierce Brosnan, Remington Steele) lead his new family and oil empire through difficult times.

Review: Beyond lifeless and too damn cliche from start to finish, two seasons for this show was already being far too nice as the first season was already overlong with both episodes and filler material. The second season develops new material but still fails to ignite any level of interest. The show is never incompetently made and Pierce Brosnan shows what a compelling performer he can always be but since the storyline isn’t engaging and transitions are never well-rendered; it becomes more than just a drag, it’s sheer torture.

That clearly wasn’t the point as this is trying to be similar to various family survival westerns (like a TV-14 version of How the West Was Won and Little House on the Prairie, minus the happy aspect), and then mixing in the whole murder-ridden and greed-filled plotlines of There Will Be Blood. Each scene feels tacked on instead of actually feeling well-summarized and outlined. I don’t expect each Western drama to tackles the same material and can always admire them trying something else new out but this one feels like it’s trying to be part of the crowd looking for Breaking Bad/Sopranos type questionable protagonists then it reverts back to routine Western cliches.

But when it’s all going back and forth so hectically and never once maintains the viewers’ interest or reason to entirely care, it becomes too much of a chore. And since I’m not a glutton for punishment but not going to be a snob acting like it’s all good or all bad, the most I can do is say that it’s watchable and could’ve hit the mark but since each episode felt overlong and never hit anything of value, it’s going to have to be a 2/5 shit-sandwich. It could’ve been a tasty misfire or a so-bad-it’s-good soap opera but it couldn’t even be bothered going with that general vibe. All I can say now is what a shame that it let this entire talented cast and crew down with such lousy material.