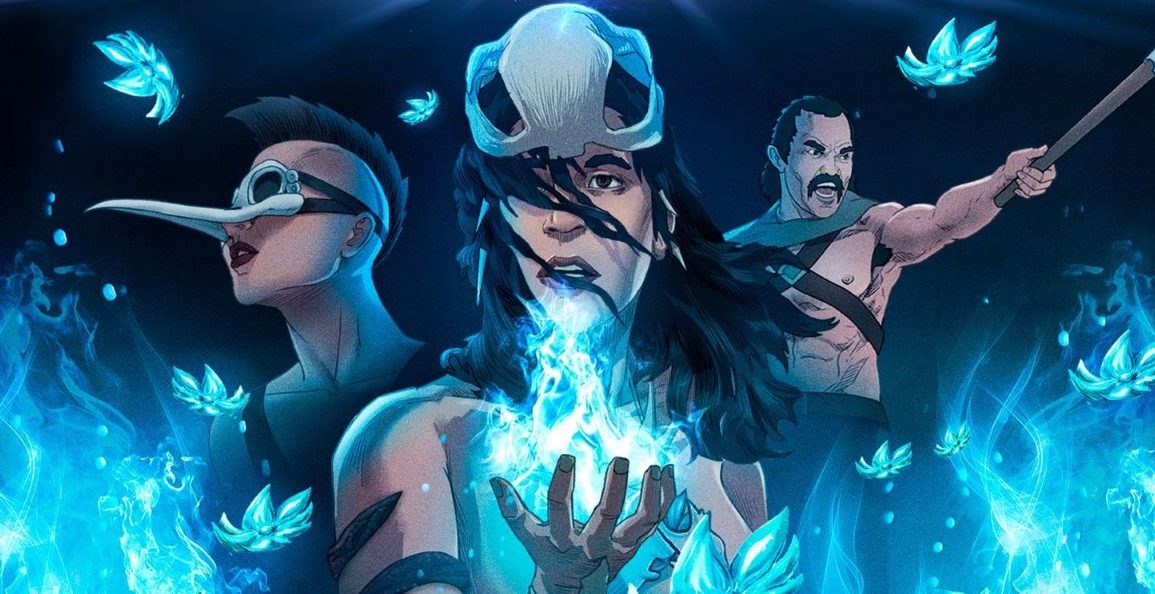 If you’ve felt a void of old school rotoscoping-style animation set in a startling steel and sorcery world for adults, then your quest ends here. The Spine of Night is filled with unabashed gore, nudity, bold-faced heroism, bizarre fantasy elements, and lovingly crafted world building.

Plot: A swamp witch’s powers are stolen by a scholar, who uses the powers through the ages to become a powerful magus intent on conquering the world.

Review: A naked swamp witch called Tzod (voiced by Lucy Lawless) has long held a unique power bestowed on her: The power of a blue spore that blooms into a flower unlike any other. Each petal of the flower can do any number of things, all of it stemmed from a deep and mysterious sorcery even she does not fully comprehend. But one thing that Tzod knows is that the power is restrained in her custody, and if anyone was to take the power from her, it could become a great and terrible force unlike the world has ever known. When a spineless Lord named Pyrantin (voiced by Patton Oswalt) edges his kingdom closer to Tzod’s swamp by conquest, she spites him and burns his face off, enraging him to incinerate her swamp, which is the end of the blue flower … except the flowery vest she wears around her neck. And then that, too, is ripped from her by a low level scholar, who sees the potential to use the petals for his own gain, and he kills her. Generations pass, and the scholar (voiced by Larry Fessneden) has become a prisoner in a high scholar’s dungeon, waiting for the day when he is given the key to unlock the secrets of the power still ringed around his neck, and when the day comes, he unleashes his unholy wrath upon the world and emerges as the Prophet of Doom, destroyer of worlds. When more generations pass, he rises in prominence and destructive power, with no one to stop him. By some kind of cosmic design, Tzod is resurrected, and in order to face the evil Prophet of Doom, she must pilgrimage to the place where the last blue bloom still grows, but it is protected by a sacred Guardian (voiced by Richard E. Grant), who before he relinquishes his guardianship to Tzod, tells her the tale of how the bloom came to be … and the saga of the long line of guardians who came before him.

Utterly unexpected in every way, The Spine of Night has obvious inspirations such as the original Heavy Metal and Bakshi’s Fire and Ice, and it uses those inspirations as a launching pad to tell a strikingly enchanting and entrancing story that spans what feels like eons in about 95 minutes of gorgeous animated time. It’s exactly what it needs to be with unabashed gore, nudity, bold-faced heroism, bizarre fantasy elements, and lovingly crafted world building, and it’s been so very long since a movie of its like has been made. I loved every second of it, and co-directors / animators Philip Gelatt and Morgan Galen King completely succeeded on every level as far as I’m concerned, so if you’ve felt a void of old school rotoscoping-style animation set in a startling steel and sorcery world for adults, then your quest ends here. 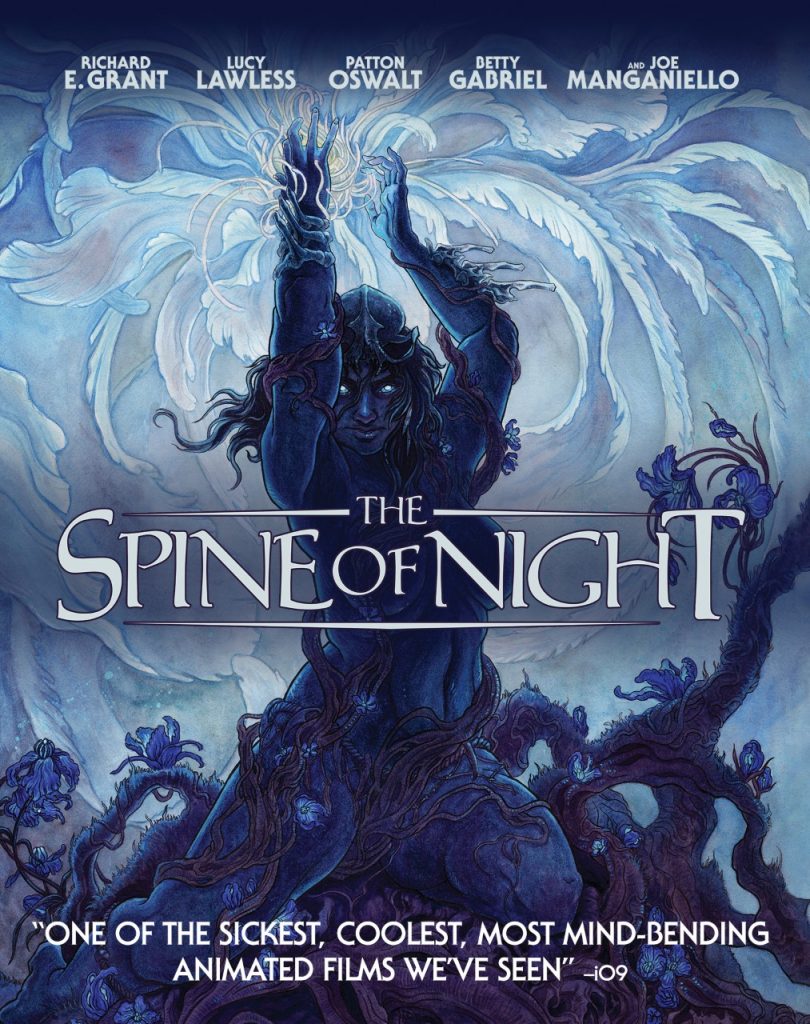