Fans of blaxploitation movies should pick up this Blu-ray ASAP as both movies are massively entertaining.

The Take Plot: Crime fighter Terry Sneed arrives in New Mexico to help out a local police chief – but he’s already taking money from the underworld.

Review: On the first day of his transfer to another city, detective Terry Sneed (Billy Dee Williams in his prime) nearly single-handedly stops a massive getaway of some murderers who busted out of court. He kills several men, and the media – and his new boss – applaud him for it; Sneed’s reputation precedes him. From the get-go, a crime boss (played by Vic Morrow) assumes he can put Sneed on the take like every other cop on the force, but Sneed is different, and he knows it. After strong arming Sneed into accepting a bribe (Sneed basically spits on it after being beaten to within an inch of his life), Sneed concocts a brilliant plan to expose not just the crime boss, but his fellow officers on the take as well. But before he can accomplish such a daunting task, he’ll need to coolly calculate who he can trust on the force to help him.

A smooth little action drama with a confidant Williams at the center, The Take doesn’t reinvent the wheel, but it’s a finely tuned machine with some sweet moments for Williams to showcase his acting and his physical prowess. It zips by at 91 minutes, so it never has time to lag, and Mill Creek’s Blu-ray presentation looks great in 1:85:1 in high definition. From director Robert Hartford-Davis.

Black Gunn Plot: A black militant group robs a Mafia bookie joint and also steals the incriminating ledgers which, in turn, prompts retaliation from the mob.

Review: Jim Brown stars as Gunn, a nightclub owner whose Vietnam vet brother Scotty gets into trouble when his ultra militant group steal a book of names and information from the mob. The mob appoints an up-and-comer named Capelli (Martin Landau) to head up a task force to find Scotty and reclaim the incriminating book before it gets out, and Capelli’s men harass Gunn in order to get Scotty’s attention. When Scotty is killed, Gunn goes over the edge and forsakes civility and the law by joining the militants and going after the mob. The finale features a bloodbath of epic proportions as Gunn and his armed-to-the-teeth comrades lay siege to the mob’s manufacturing drug warehouse.

Pretty entertaining and easy to follow, Black Gunn has plenty of roughhousing and gunplay to keep things moving at a good pace. Brown’s commanding presence and easy-going panache is on full display here. Some supporting roles – namely Bruce Glover as a thug – really help cement this movie’s entertainment value. Fans of blaxploitation action movies and Jim Brown in particular will want to see this. Directed by Robert Hartford-Davis. 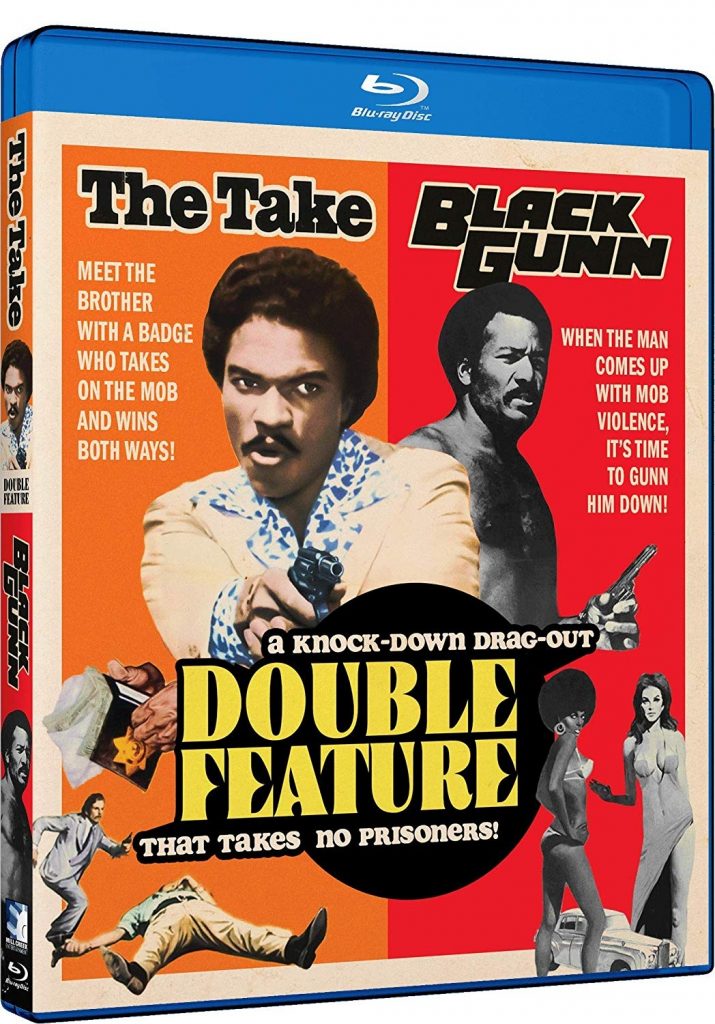