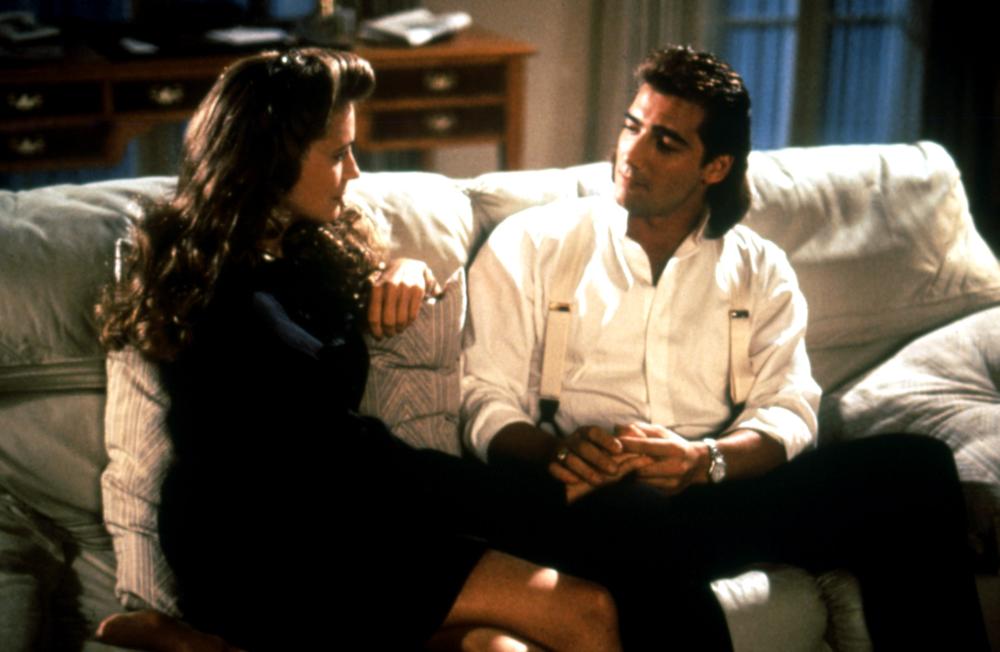 One of the weaker Die Hard clones, The Taking of Beverly Hills still has its moments and this new Blu-ray is nicely remastered.

Synopsis: A group of embittered ex-cops use a chemical spill to raid the banks and homes of Beverly Hills.

Review: In the wake of Die Hard came the inevitable riffs and rip-offs, and The Taking of Beverly Hills is nothing if not an earnest attempt to copy the formula of that blockbuster. Lugheaded quarterback Boomer Hayes (Ken Wahl equipped with a mullet and a Flash Gordon-esque reputation) finds himself in the middle of a preposterous scheme that has the entire city of Beverly Hills under lockdown by a team of ex-cops and hired thugs who simulate a chemical spill so that they can quarantine the city and loot more than a quarter of a billion dollars in jewels, art, and valuables from the businesses and homes around Rodeo Drive. His own manager (played by Robert Davi who’d been in Die Hard) is the mastermind, and teaming up with a scrappy cop (played by Matt Frewer), the two of them thwart the entire operation using not much more than some Molotov cocktails and some shuriken throwing stars.

Listen: I’m a sucker for Die Hard wannabes and action flicks made all throughout the ’80s and ’90s, so it almost hurts to say that The Taking of Beverly Hills is a head-slappingly lame duck amalgamation of all the things that made action movies of that era so endearing. Boomer doesn’t emerge very heroic, and in fact he reminded me of one of the worst heroes of the ’90s: Andrew Dice Clay’s Ford Fairlane from The Adventures of Ford Fairlane. Sidney J. Furie’s direction is sloppy and awkward, with loose action scenes and unintentionally laugh out loud moments. The scheme of the bad guys – which the entire movie is built from – is so unbelievable that I couldn’t get past it. The action doesn’t even get started until more than 30 minutes in, and for a movie that’s only 96 minutes long, that spells trouble. All that said, though, fans of these types of movies might enjoy some of what it has to offer. It has scenes of a SWAT tank plowing through multi million dollar homes and blowing Lamborghinis to smithereens. It has stunt performer Branscombe Richmond (T.V.’s Renegade) overacting as Boomer’s main nemesis, and it has some quotable one-liners that made me smile. If you’re willing to overlook the negatives, here’s a movie to discover.

Kino Lorber’s new Blu-ray of The Taking of Beverly Hills looks really nice in high definition and in the widescreen (2:35:1) format. Previously unavailable and unreleased on disc in the USA, this is the first time the movie has been made available to purchase since VHS. Special features include a trailer gallery (for some reason the quality of the trailers for this movie look terrible) and an audio commentary by film historians.