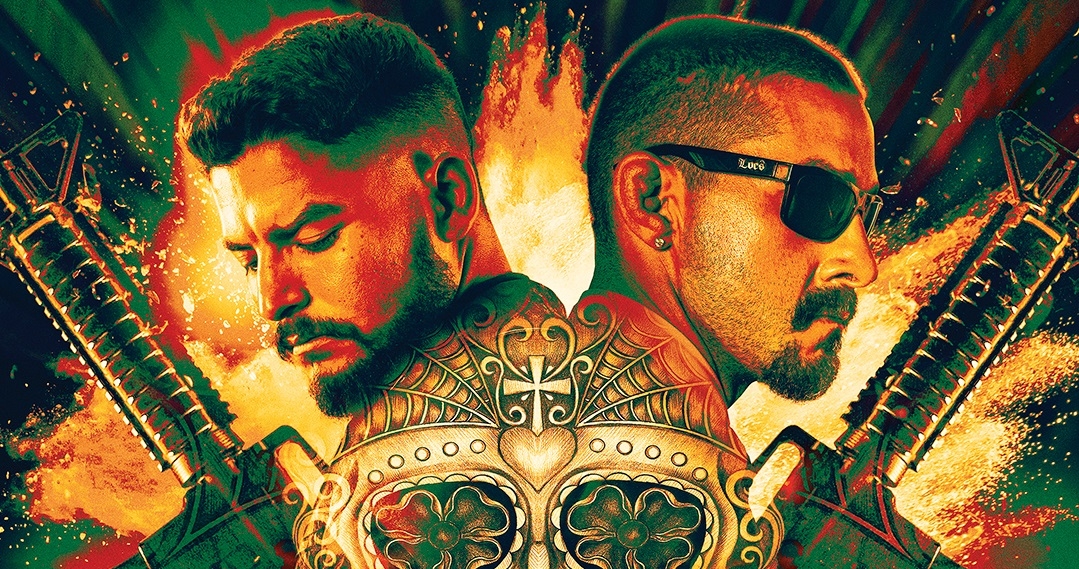 THE TAX COLLECTOR will not win filmmaker David Ayer any new fans but those who enjoy his work will find a lot to enjoy here.

Plot: Two enforcers for a crime lord face an uncertain future when an old rival reappears.

Review: David Ayer doesn’t care about your opinion. At least that was the impression I was left with after finishing his latest film, THE TAX COLLECTOR. I imagine that after the repeated studio interference on his first attempt at mainstream blockbuster fare, 2016’s SUICIDE SQUAD, and the general indifference to his second attempt, with 2017’s BRIGHT, that Ayer had a moment where he decided that he was just going to do the kind of dark, grungy films he prefers on a small scale and let the chips fall where they may. It doesn’t matter if people respond to the stories he wants to tell or not. With THE TAX COLLECTOR is Ayer operating at his most unapologetic and unfiltered. It is a bleak, violent, and nasty film.

The story concerns David (Bobby Soto, NARCOS: MEXICO), a young man tasked by a Mexican cartel with collecting their percentage of earnings from local affiliated gangs and businesses in East Los Angeles. David is aided in this task by his childhood friend, and cartel enforcer, “Creeper” (Shia LaBeouf, THE PEANUT BUTTER FALCON). Together, they ensure that everyone in the area involved with illegal activities aided by the cartel pays their share of what they owe. If that money doesn’t show up in full, it’s also their job to make those who failed to pay their “taxes” into bloody examples.

All of this is thrown into upheaval when an old rival of David’s cartel-connected family, “Conjeo” (played by underground hip hop artist Jose Conejo Martin), reappears after several years in hiding to make a power play for the control David’s uncle Louis (George Lopez, RIO) and his incarcerated father, the mysterious “Wizard” (Jimmy Smits, NYPD BLUE) have over East L.A. This sets off a bloody street war that will test David’s resolve and possibly leave his whole world in shambles.

The synopsis above makes it clear that Ayer is playing in familiar territory here with THE TAX COLLECTOR. It is a low stakes street story steeped in violent machismo and brotherhoods forged by survival. The film has moments where it shows just how jaded and brutally callous LaBeouf’s character of Creeper can be and then minutes later has him talking with Soto’s David passionately about normal life and family.

This duality of violence and quiet introspection is present in all of Ayer’s work but here it is pushed to the forefront. David talks about how he “walks in two worlds”. The world of criminals and the world of his life as a religious young father and husband. Creeper wants more than violence but his loyalty to David and the work they were born into keeps those happier things just out of reach. These are two violent characters with wounded souls.

Bobby Soto does good work here in his first real starring role as David. He is believable as a young man capable of compassion and destruction in equal measure who is just trying to survive the unforgiving situation he’s been placed in by the circumstances of the family he was born into. He carries the movie well as it’s focal point and never once seems overwhelmed or out of his element. I can clearly see why Ayer has said he has plans to use Soto in more of his projects.

Shia LaBeouf’s Creeper has been a large part of the marketing for THE TAX COLLECTOR and that’s really no surprise. LaBeouf is a polarizing but undeniably talented actor that nearly steals the entire film in his limited screen time. Yes, he’s in the film less than the marketing would have it appear but he is great every time he is on screen. When he is absent the film, while still interesting, is noticeably less compelling.

If I could change one aspect of THE TAX COLLECTOR, it would be to have LaBeouf featured as much as Soto. They have great chemistry that is not matched by when the film chooses to focus more on David and his wife, Alexis (Cinthya Carmona, GREENHOUSE ACADEMY). It’s not that Carmona is bad here. She does good work with what the film asks of her. It’s just that LaBeouf’s character is so interesting that it highlights the deficiencies of other characters, like Alexis, in the story.

The antagonists though however are not lacking. The character of “Conejo” is a bizarre creation. An occult-obsessed barrio warlord that has no qualms about having a polite conversation and then literally stomping someone’s skull in. I was not familiar with the music or persona of Jose Conejo Martin before seeing THE TAX COLLECTOR but after looking into his work, I can see that he brought a lot of his own personal style and overall “vibe” to the role and it gives it a really unique feel. Much like Soto’s character of David, Conejo has his own enforcer- a femme fatale named “Gata” (Cheyenne Rae Hernandez, HAWAII FIVE-0). She has limited screen time (far less than even LeBoeuf) but every moment Gata is on screen is memorable. Besides the character of Creeper, she arguably leaves the biggest impression behind once the film is over.

THE TAX COLLECTOR is a strong entry into Ayer’s filmography. It is as enjoyable as a film this dark can be, but it does have some serious flaws. As can be gathered from what I stated earlier, the side characters in the film are more intriguing than what the film is actually focused on most of the time. Creeper, Gata, Canjoe, and the old guard of David’s gangster family are often just more compelling than David and his personal journey. This feels like an issue with either the script, scheduling, budget, or a combination of all three but at times the very focused narrative and brief run time (under ninety minutes without credits) is detrimental to the finished film. It needed more of these intriguing people that fill the margins of David’s story.

THE TAX COLLECTOR also has some incredibly choppy editing in its first twenty minutes. The film was cut together by Ayer’s long-time editor Geoffrey O’Brien so I have to assume the jarring nature of it was an intentional artistic choice. I found myself though rewatching the opening to make sure I understood what happened before moving on to the rest of the film and that’s an issue I just can’t ignore.

Considering the good aspects of the film and its clear shortcomings, I think overall THE TAX COLLECTOR is still a successful return to Ayer’s gritty storytelling roots. It won’t win him any new fans, but it will please those that already like what David Ayer’s does as a filmmaker. I don’t think he’ll care much either way though. He is just simply telling the stories he wants to tell for better or worse.