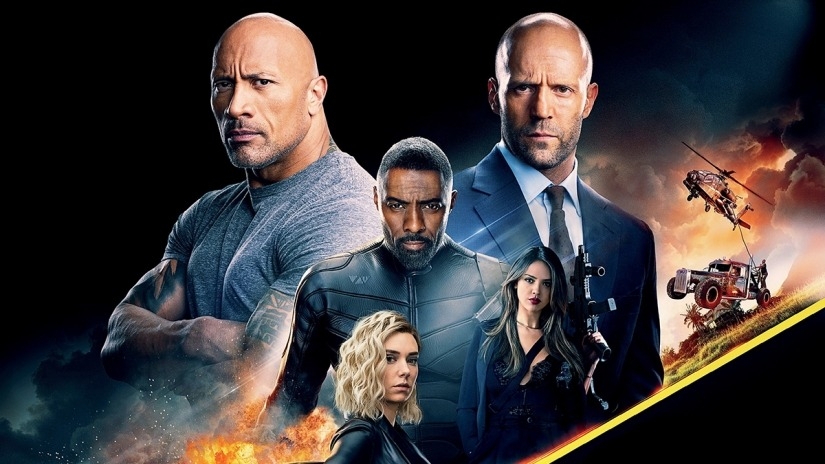 I decided to tackle the big and small-screen spin-offs to rather beloved franchises. I decided to label these as “underappreciated” given how they’re not all necessarily underrated or notable bit since they’re arguably entertaining, I figured I’d still note their value in that respect.

So let’s take it away here:

Featured in the same universe as Prison Break while also including some of the same crew and even a surprise cameo appearance by the villainous T-Bag (played wonderfully by Robert Knepper), this cable TV series ran for two seasons and continues to be made available for rewatching on Hulu streaming. It helps that it’s willing to be its own deal instead of being a direct follow-up.

I must admit I wasn’t 100% behind thus show growing up. I always remembered the themes and cast but always got turned off by the bizarre aliens, annoying cliches and that fact that it was another prequel spin-off. Nonetheless, in the age of cable TV and streaming, I decided it was time to revisit this and while Season 1 and 2 had too much recycling, the premise itself stood out well enough that when Seasons 3 and 4 were churn out, you suddenly start seeing a surprising evolution both for the Trek franchise and the show itself. In all honesty, this cane out in both the wrong time and off to a rough start but nowadays you can appreciate what it was going for and with reasonable patience (much like with lesser seasons of TNG and DS9), you should be able to appreciate the hard-SciFi genre narrative and surprisingly groundbreaking last two seasons. So in other words, it starts off not too well but in a rare instance, finishes off extremely well, and needs another look. If good outweighs the bad, that is saying alot.

I know, a rather controversial pick here but Tommy Lee Jones does carry thus film much like his well-received role in the original film. While this story gets too predictable in the final 20 minutes, some of the nit-picks for this are just silly. If I can handle Harrison Ford jumping off a cliff into a waterfall then why can I not handle seeing Wesley Snipes jump onto the top of a train? Seems to me like this is in line with the overall gimmick and if one is going to be implausible than being consistent isn’t a bad deal.

While the TV series Treadstone essentially built on this same formula of various other special agents being activated while uncovering a massive orchestrated conspiracy, this film before it wasn’t what the average joe should dub as “shabby” either. Jeremy Renner’s Aaron Cross was due for another film either teaming up or being tricked into fighting Matt Damon’s Jason Bourne. Compared to other film series, this had enough other intriguing characters to form a movie over.

While NCIS was already a spin-off of JAG, it’s hardly something you could call “underappreciated,” given its seemingly never-ending ratings and active popularity. A step up in terms of not looking schlocky like the Los Angeles spin-off of NCIS, this entry directly crossed over with the main Gibbs crew from the original show while also making use of its cultural fueled crimes and title setting, even filming there to look legit! The show overall gels rather well (and is coincidentally another Scott Bakula vehicle on this list) due to having enough gripping subplots for each character and not having too much filler episodes to avoid repetition.

While off to a slow start, each season has some uncanny crimes and makes use of its psychological mind-games. This TV franchise was no stranger to utilizing clever cat-and-mouse games but here this is the primary focus and this spin-off was all the better for it. We’d already seen the court systems, detective work and sex crimes so while some of the criminal’s perspectives varied, the gimmick overall delivered. This show was Criminal Minds before it was a thing and has overall dated rather well. While it did have a bit too much CSI style in latter seasons, it’s overall a solid genre entry and shows how to make a spin-off that stands on its own feet.

The unkillable Vin Diesel-led franchise will likely continue on and after popular action stars Dwayne Johnson and Jason Statham were heavily featured in the higher-grossing sequels, they found that there still wasn’t enough bald men ego to go around. So they came up with their own buddy action-comedy that despite referencing elements from the main franchise was still its own rather collected Lethal Weapon/Tango & Cash-type fun.

Teaming up with director/stunt coordinator David Leitch, this film was more than happy to provide enough John Wick-type action with other foul-mouthed gags. Featuring a Terminator-like villain played by Idris Elba and a mostly overdone second half that slowly runs out of steam, it’s still has more going for it overall due to both leads playing off each other better and working well as a stand-alone flick.

The fan-base is mixed on this franchise as a whole due to massive cast changes over the years yet still providing enough psychological mind-games, gory terror and intense shoot-outs to please viewers. It had a second spin-off that lasted two seasons despite its criticized writing and rather welcome cast but before that there was this single season spin-off that deserves another look.

Now determined as non-canon with the film Dark Fate’s emergence as the true sequel to T2, fans and critics can still admire the care and intense effort that went into this two-season spawned spin-off. While sometimes the CGI is limited by the TV budget, the gory thrills and suspenseful development makes the whole proceedings gripping from beginning to end.

Another epic spin-off that got ignored, only this time due to producer interference and having the episodes be released out of the creators’ intended chronological order. I’ve noticed that even some of the naysayers acted like this left on a cliffhanger or that some of the castmembers didn’t appear in many episodes. They must’ve been either bored or watched it in the studio order as opposed to the actual intended release. Trust me, this is a keeper worth tracking down especially when you can buy a streaming copy and watch it in said order. Totally worth it for straightforward adventure and a mix of philosophical and outer space fighting. It didn’t rely on too much previous knowledge of its predecessor Babylon 5 and even feels like the Star Trek that Gene Roddenberry never made but would’ve!