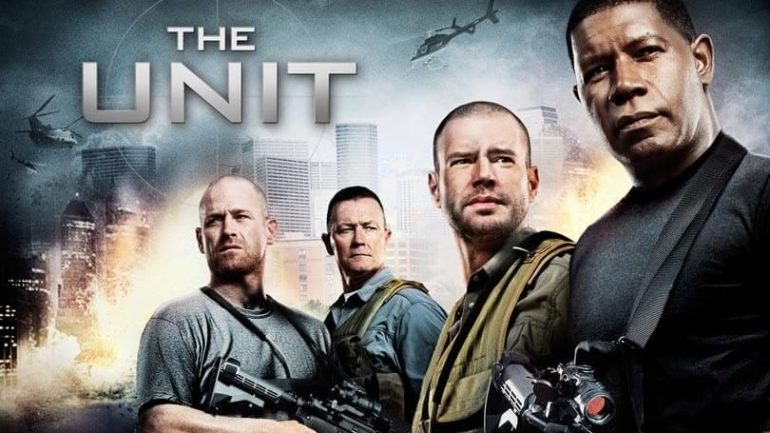 A popular yet somewhat unsung modern-day war drama that deserves to be remembered more.

Plot: Special Ops carry out extremely dangerous counterterrorism missions, from political assassinations to rescuing hostages, for the Army and the government. This unflinching war drama is created by David Mamet (Glengarry Glen Ross), show-run by Shawn Ryan (The Shield) and based on retired Special Ops officer Eric Haney (Spartan)’s book Inside Delta Force. Balancing its global life-and-death missions with absorbing accounts of life at home, where wives deal daily with uncertainty and loneliness, unable to tell anyone about their involvement in the highly secretive group. Col. Tom Ryan (Robert Patrick, Terminator 2) is the Unit’s commander and Sgt. Major Jonas Blane (Dennis Haysbert, Heat) heads up the five-man squad that carries out the field assignments.

Season 1:
This season focuses on Col. Ryan’s affair with Tiffy (Abby Brammell, Star Trek: Enterprise), the wife of burnt-out veteran Mack Gerhardt (Max Martini, Saving Private Ryan), who is under Ryan’s command. Also, new recruit Bob Brown (Scott Foley, Below), an accomplished sharpshooter and ace pilot, quickly adjusts to life in the Unit, but his opinionated wife Kim (Audrey Marie Anderson, The Badge) struggles with her restricted life on the Army base and it’s up to Jonas’ resourceful wife Molly (Regina Taylor, Courage Under Fire) to keep things under control. As for the Unit members, their exploits include: capturing a terrorist in Africa, rescuing missionaries in Indonesia, assassinating a defense minister in Afghanistan, capturing a war criminal in Siberia, and bringing down a drug lord in Brazil.

At 13 episodes, the show is appropriately explosive by making every episode and minute count with the signature Mamet action-packed style dialogue and Ryan’s always excellent character dilemmas. It’s not easy to get into the show at first due to the team’s grey morality and the Army wive’s seemingly endless problems but if you’re open-minded and used to watching third-person character studies, then you’ll be fine. Unfortunately, most people seem to want to watch shows like these for the style (i.e. the realistic action) and no substance (the plot) but anyone with half a brain, let alone familiar with previous creator’s work, should know that this is not that kind of show.

Season 2:
Tiffy has trouble with the law when she covers for Col. Ryan’s wife and The Unit is investigated by the CIA over infractions that could result in criminal charges. Other missions  are based in Paraguay, North Korea, Iran and Hamburg. Scenarios include prisoner of war exchanges, oil supply threats, a Pakistan disease spreading threat, a post-copter crash wilderness survival and helping a local SWAT team stop an elite private school takeover.

A longer season of 23 episodes this time allow the show to bring up to inevitably bigger problems. The characters seem less selfish since we know them better but unfortunately there are too many self-contained “mission of the week” after awhile. But eventually some of those supposedly standalone episodes do feature moments that play into certain characters’ personas episodes later so, much like the characters and their missions, the plot is not always what it seems. Despite seeming a little repetitive, the show is still freshly and welcomely complex.

Season 3:
The Unit is disbanded and is wanted in the U.S. for war crimes. Jonas is in Panama, where he is hunted by an assassin, while Hector (Demore Barnes, Jasper, Texas) and Mack are captured and put in prison. Only Bob, who is working in Mexico for the CIA, is safe. Tiffy visits Mack in jail in hopes of saving their crumbling marriage, but he wants nothing to do with her. In Washington, D.C., Col. Ryan attempts to discover who is behind the dismantling and learns the answer is close to home. Jonas’ daughter, Betsy, enlists in the Army, which causes Molly a great deal of concern.

While on a mission in Lebanon, the Unit members become pinned down by snipers and two members are seriously wounded, which changes the makeup of the group forever. Other cool missions include: a Russian attack in London requiring help from MI-5, taking down a plane armed with deadly nerve gas, rescuing American Embassy personnel in the Ivory Coast and recovering a microchip inside a man’s chest that contains terrorist identities.

Ordered back down to 11 episodes, the show is off to an even better start by showing that the team is no longer seemingly invincible by being forced to work off-the-grid more and that the issues back home (or should we call it the “war at home”?) are going to need to be resolved this go-around if anyone wants to finally shelf these problems away. The show is definitely more personal and anyone not used to serialized TV would do best to stay away as there is no sense in catching anybody up.

Season 4:
The assassination of the Vice President, the attempt on President-Elect Benjamin Castillo (Benito Martinez, The Shield), a gas attack on the Army base back home and a potential nuclear bomb threat have been orchestrated by the corrupt President of Venezuela, in retaliation for the Unit’s failed attempt on his life. The Unit will have to track down loose connections like Russian intelligence agents (who are also after the terrorists) and see where terrorist mastermind Leon Drake  (David Rees Snell, The Shield) is hiding a contact in Venezuela to figure out this seemingly endless chaos and put a stop to it all.

Prematurely cancelled this time after a full season order, the show still ended with a bang. It helps that we have to have Jonas involve his team on a Syria rescue mission to find his kidnapped daughter while he and the team also allow Mack to arrange a private place to fight Col. Ryan over the latter’s affair with Tiffy. This and the other seemingly unrelated attacks all add up to one big deliberate cluster that shakes things up for the bigger reveal at the end. It also allows one to wonder how any of the characters are going to find happiness outside of the neverending messes they’ve found themselves in.

The show is always available on Hulu and Prime streaming services and deserves another go for many TV lovers who missed it initially but want another rewarding multi-character drama.