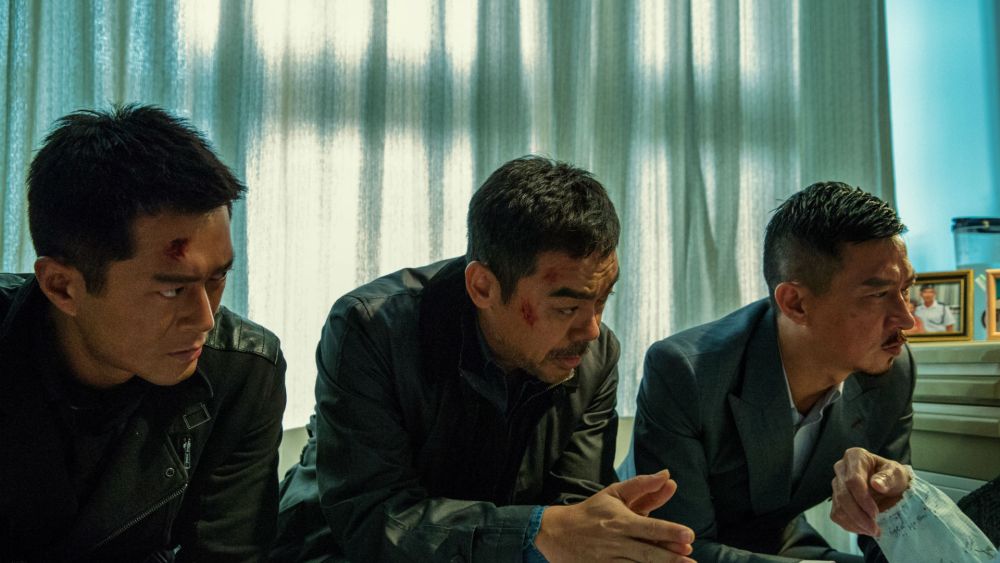 The White Storm may well be the best action film from 2013 with some incredible set-pieces and stunning visuals. A Must-see!

Plot: Three lawmen (Louis Koo, Nick Cheung, Sean Lau) must put aside a botched operation from the past to nail a powerful drug lord.

Review: Any time a new Benny Chan modern day action film is announced, take note! When this film was first announced, it was marketed as a new police action film from Chan, with top stars Lau Ching-wan, Louis Koo and Nick Cheung. When the first trailer came out, the action looked spectacular, and once Benny Chan revealed that he was mixing his usual cop movie stuff with the old school heroic bloodshed action like John Woo, the DVD couldn’t arrive fast enough!

Fortunately, this film didn’t disappoint. The film clearly takes inspiration from Woo classics A Better Tomorrow and Bullet in the Head, and the standout cast member would have to be Nick Cheung. The film looks great moving from Hong Kong to Thailand and Macau, and the big action sequence in the middle was a showstopper. Involving helicopters with miniguns in a poppy field, I really thought that Benny Chan would have a hard time besting it during the finale.

Luckily, I was wrong, and the finale set in a plush Macau casino lounge was one of the best shootouts to be seen outside of Johnnie To. The colors and setting were amazing for this sequence, which features an extensive amount of gunplay, brotherhood, bloodshed and even some grenades and stunt work, and plenty of white feathers flying out of the red couches as bullets puncture the cushions.

As a fan of heroic bloodshed, the whole scene was immensely satisfying and just visually popped! Benny Chan gave the movie a real epic feel, and even though the plot gets ridiculous, I’d say it could easily go down as best action film of 2013! If Benny Chan can mix this style of big budget action filmmaking with Donnie Yen’s contemporary films like Flash Point, then I’d guarantee that their upcoming collaboration Crossfire will be the number one action film on the horizon!