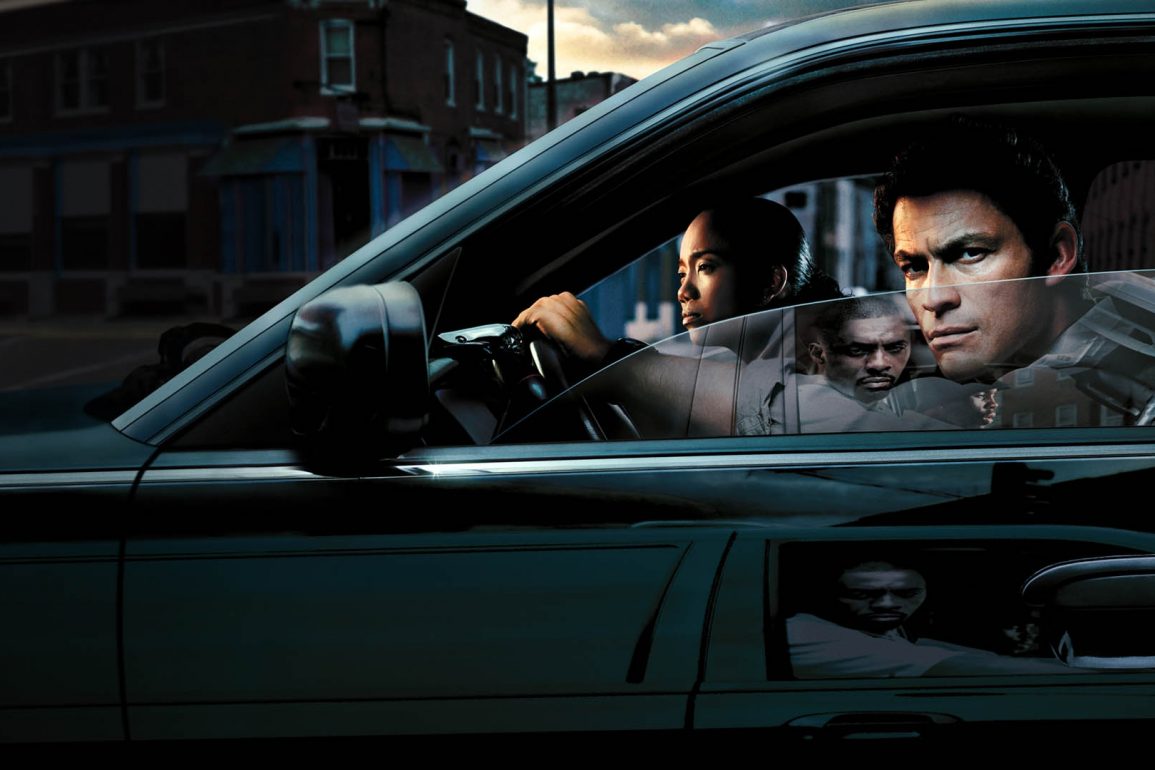 HBO crime shows have never been better since and this is a highly recommended show for a reason.

Plot: A complex HBO crime drama set in Baltimore that follows the thread of a single police investigation, from the perspectives of both law-enforcement officials and the criminals they’re pursuing while focusing on the city’s illegal drug trade, waterfront corruption and more!

Season 1:
The investigation is triggered when Det. Jimmy McNulty (Dominic West, Star Wars: The Phantom Menace) meets privately with Judge Phelan (Peter Gerety, Homicide) following the acquittal of D’Angelo Barksdale (Larry Gilliard, Jr., Trees Lounge) for murder after a key witness changes her story, after likely having been intimidated by members of a drug trafficking empire run by D’Angelo’s uncle, Avon Barksdale (Wood Harris, Hendrix), having recognized several faces at the trial, notably Avon’s second-in-command, Stringer Bell (Idris Elba in his star-making role). The Judge takes issue with this and complains to senior police figures, embarrassing them into creating a detail dedicated to investigating Barksdale. A dysfunctional, interdepartmental struggle between the more motivated officers on the detail and their superiors spans, with higher-ups threatening to ruin the investigation. The detail’s commander, Cedric Daniels (Lance Reddick, Oz), acts as mediator between the two opposing groups of police.

Meanwhile, the organized and cautious Barksdale gang is explored through various characters. The organization is antagonized by a stick-up crew led by “Robin Hood” type thief Omar Little (Michael K. Williams, Bullet) and the feud leads to several deaths. The police have little success with street-level arrests or with securing informants beyond a young low-level dealer. Eventually the investigation takes the direction of electronic surveillance, with wiretaps and pager clones to infiltrate the security measures taken by the Barksdales. This leads the investigation to areas the commanding officers had hoped to avoid, including political contributions.

We’re off to another show that made binge-watching a must before it was a thing. The whole show is rather compelling due to feeling entirely legit. It helps that most of the crew has already worked on other realistic shows such as Homicide and Oz, were former journalists and policemen and based many of the stories on actual events while barely changing them up. Despite being ignored by award shows, its critical acclaim is instantly merited due to the Law & Order style camerawork, Sopranos type montages and editing, and the inevitably colorful, slang-filled dialogue being well-delivered and occasionally darkly humorous. All of this helps to paint a bigger and often genuine picture of the actual Maryland city while allowing for much discussion after one’s done watching it.

Season 2:
Following the ongoing examination of the drug problem and its effect on the urban poor, this season focuses now on the plight of the blue-collar urban working class as exemplified by longshoremen in the city port smuggling drugs and other contraband inside the containers that their port ships. Meanwhile, the Barksdale organization continues its drug trafficking with Stringer Bell assuming greater power.

While it was wise from a writing standpoint to have a change of scenery, the new Greek crime focus is arguably not as intriguing. Either way, some new recurring characters that appear in later seasons are scene-stealers and it helps that how the crimes are investigated and portrayed allow one to not find thus show anything like what they would find on network or basic cable TV. This also allows one to never find the show repetitive as no episode or subplot is ever the same.

Season 3:
The demolition of the towers that had served as the Barksdale organization’s prime territory pushes their dealers back out onto the streets of Baltimore. Stringer Bell continues his reform of the organization by cooperating with other drug lords, sharing with one another territory, product, and profits. Stringer’s proposal is met with a curt refusal from Marlo Stanfield (Jamie Hector, Ghost Dog), leader of a growing crew. Against Stringer’s advice, Avon decides to take Marlo’s territory by force, and the two gangs become embroiled in a bitter turf war with multiple deaths. Omar Little continues to rob the Barksdale organization wherever possible with his new boyfriend and two women.

Meanwhile, Councilman Tommy Carcetti (Aidan Gillen, Shanghai Knights) begins to prepare himself for a mayoral race by manipulates a colleague into running against the mayor to split the black vote, securing capable campaign manager and making headlines for himself. Coming to the end of his career, Major “Bunny” Colvin (Robert Wisdom, Coastlines) decides to achieve some real change in the neighborhoods by assuming the task of containing the problem without the knowledge of central command. He sets up areas where drug trade would go unpunished and cracks down on any traffic elsewhere, reducing crime rates in his district.

Season 3 is back to the rather fascinating Barksdales being the focus and this time it shows how both the police and top-dog gangsters are so out of line with what truly is happening in their territory. The filmmakers also present plenty more discussion worthy themes that parallel today’s inept society without showing blatant imagery or showcasing a political agenda. What you’ve seen on this crime show, you have never seen portrayed this deeply in any other show, novel or movie. By wrapping up loose ends from the last two seasons with the gang war portion and inserting the social and political subplots, viewers only get anxious to see what the next season will detail.

Season 4:
The series expands its scope again to include an examination of the school system. Other major plots include: the mayoral race continuation and a closer look at Marlo Stanfield’s drug gang, which has grown to control most of western Baltimore’s trafficking.

Watching this season makes it far more relatable to all viewers, and probably the most personal season of the show to date. There is still the lovely crime detailing, drug trade, turf wars and city politics. But there is more at stake with the main school segments showing all the hard-working individuals of the city trying and often failing to do good things in their community. It is well contrasted with all the inept policymakers and flawed civilians who are distracted by easily avoidable circumstances. Overall, this is more of a companion piece to last season while having some small sections clearing the way for Season 5.

Season 5:
15 months after Season 4, Mayor Carcetti’s cuts the police budget to redress the education deficit, forcing the Marlo Stanfield investigation to shut down. Det. McNulty decides to divert resources back to the police department by faking evidence to make it appear that a serial killer is murdering homeless men. The Baltimore Sun newspaper gets a hold of this “news” while also facing budget cuts and the struggling to adequately cover the city, omitting many important stories.

Marlo Stanfield learns how to launder money and evade investigation. After assuming power and forming an partnership with the Greeks and New Day Co-Op, he lures his enemy Omar Little out of retirement by having Omar’s mentor murdered. Omar returns to Baltimore seeking revenge.

Some people like to talk smack about this final season by not agreeing with certain characters and their actions. And honest to goodness, they missed the damn point as this whole season is dedicated to showing how many wrongful individuals will face consequences for their actions. By having these numerous incarcerations, firings and sometimes shocking deaths of both sides of the law, the show fully hits home its message on how some members of modern-day society have evolved while others have refused to abide by any rules in a lawful society.

This show has been occasionally accused of being cynical but for starters, being blunt and being annoyed are two different things. And this show is called a “novel for TV” for a reason and it’s because it did not shy away from showing a beyond organized tale of every layer of post-2001 society.